Over the past few years, CBD (cannabidiol), a non-psychoactive chemical compound found in both cannabis and hemp, has blown up in the wellness world. Due to restrictions, it is illegal to grow hemp in the U.S., but a provision in the pending 2018 Farm Bill may change that.

CBD’s growing list of reported health benefits are said to help treat a number of ailments, including anxiety, chronic pain, depression, insomnia, PTSD, nausea from chemotherapy, and the inhibition of breast cancer cells, to name a few. It’s available in a wide variety of forms like oil, chocolate, beverages, candy, body cream, bath bombs, and even pet treats.

According to the Hemp Business Journal, total U.S. hemp-based product sales reached $820 million in 2017 and the hemp-derived CBD market raked in $190 million. A recent Brightfield Group report predicts that the market will hit $591 million this year.

Both hemp and its cousin cannabis were declared Schedule 1 drugs under the Controlled Substances Act of 1970, a classification the DEA (Drug Enforcement Administration) reserved for drugs with high abuse potential and high safety concerns.

But CBD is anything but a harmful drug. Its wellness benefits have been linked to improved mood, reduced inflammation, and a number of other issues. CBD from brand Charlotte’s Web jettisoned the category to new heights when the product was found to reduce seizures in a girl named Charlotte who suffered from Dravet Syndrome. The success has landed CBD into the bona fide wellness category alongside turmeric or green tea.

Due to restrictions, businesses are still not fully permitted to grow hemp in the U.S. At least 35 states allow industrial hemp farms, but medicinal and recreational cannabis laws that vary from state to state have led to some tricky legal areas. 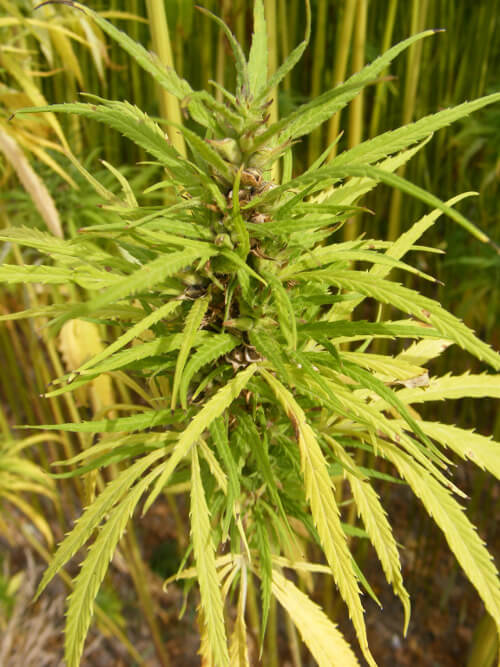 The pending 2018 Farm Bill is expected to make hemp-derived CBD legal. Earlier this month, Senate majority leader Mitch McConnell said: “If there’s a farm bill [hemp provisions will be in there, I guarantee you that. We’re trying right now to make sure there’s a farm bill and before the end of the year.”

Quartz reports that McConnell sponsored and secured an amendment in the bill that would remove hemp from the DEA’s definition of cannabis. The Stranger reports that McConnell’s bill would also make it easier for farmers to grow CBD-rich cannnabis. Hemp supporters point out that the bill prohibits those with drug-related felony convictions on their records from participating in the hemp industry. This effectively bans those who might bring valuable skills from a history of selling or growing cannabis.

Advocates say that this reinforces the long-standing War of Drugs, which disproportionately punishes people of color. In its current state, the 2018 Farm Bill does the exact opposite of what states like California aim to do. Last August, the Senate passed a bill that would enable some with non-violent marijuana-related felonies to have their convictions reduced to misdemeanors. The bill is awaiting Governor Jerry Brown’s signature.

“Once CBD is fully legalized, we expect that market to absolutely explode, with sales hitting $22 billion by 2022, which is higher than the US Cannabis industry,” Bethany Gomez, director of research at Brightfield Group told The Stranger. “That growth will absolutely be a result of legalization.”

The 2018 Farm Bill is expected to be approved or disapproved this year or in early 2019.