It’s also home to an entirely new concept, New Burger. Which, according to Kenney’s website, is a casual-dining restaurant serving up familiar comfort classics with a plant-based twist.

“I really like the Providence food scene,” the chef — who owns 35 restaurants around the world, all of which are either open for business or in development — told Boston Globe.

“Doing a project this large in scope – where we’re putting several concepts under one roof – could easily have launched in New York or Los Angeles,” he continued. “But I think it makes sense to do it with a slightly smaller footprint in a region where we can work on the concept and develop it and nurture it without having the kind of crowds – or even costs- we would have in New York.” 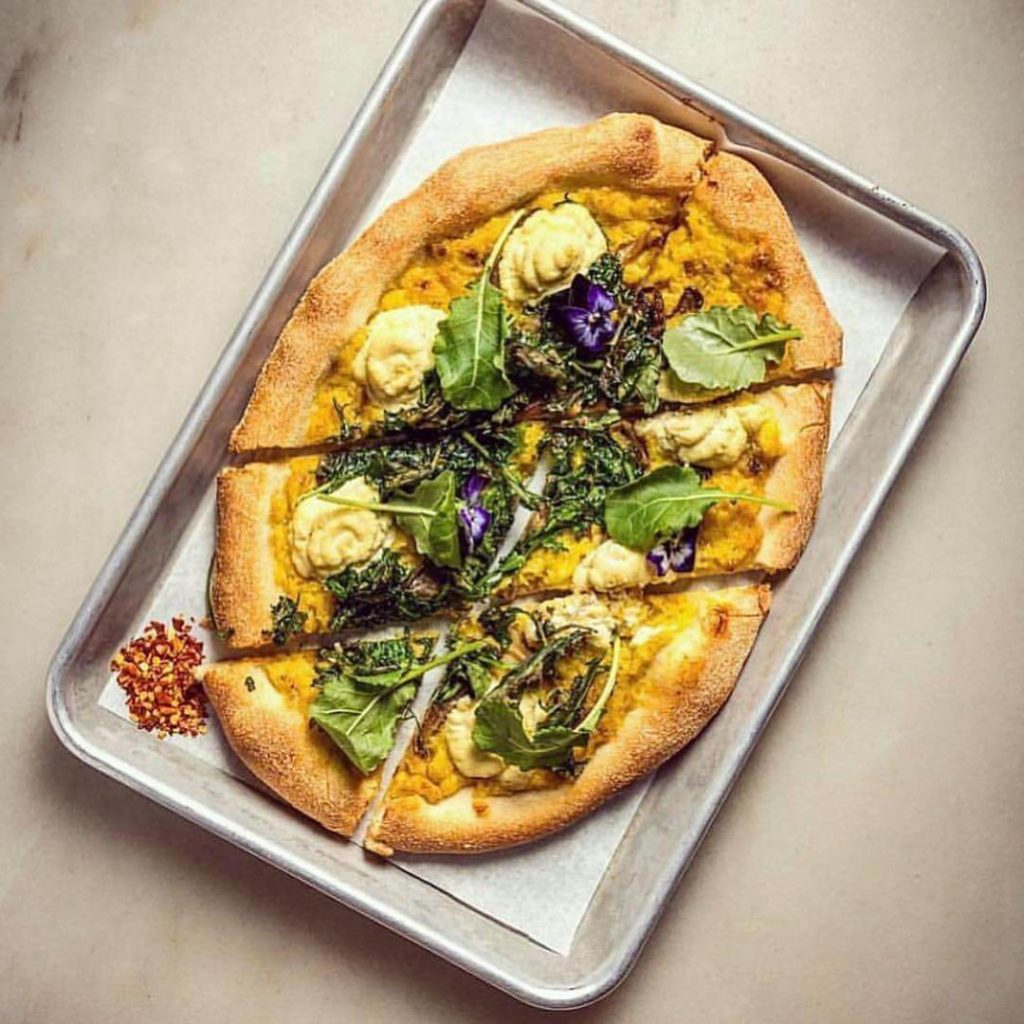 Aside from restaurants, Plant City will also be home to a retail section, where customers can purchase vegan products, including fresh juices, dairy-free cheese, desserts, and meatless cookbooks. Cooking events will also be held in the space, as well as yoga and meditation classes.

The basement will be home to Plant City Cellar – a communal space for office rental, reserved and intended for vegan businesses, nutrition consultation, and holistic therapy.

Providence residents are excited about Kenney’s new concept; weeks before opening, reservations were already pouring in for each of the four restaurants.

Veggie yoga instructor Stefany Reed wrote in a Rhode Island Facebook group, “I have been looking for an upscale, plant-based restaurant to entertain my family and friends.”

She continued, “my fantasy is to go to a restaurant with all of the ambiance and service of The Capital Grille, but with plant-based food. Finally, with Plant City, my fantasy is coming true.”