If you’ve ever clicked onto YouTube, it’s likely you’ve come across the name “Hot Ones.” The web series is a favorite for many, with millions of viewers flocking to watch the latest video of “the show with hot questions, and even hotter wings.” Created in 2015, the interview-style series now boasts more than 160 episodes.

“Hot Ones” was created by Christopher Schonberger. It’s produced by Complex Media and First We Feast, the latter of which shares the videos on its YouTube channel. First We Feast has 7.45 million subscribers and its channel has amassed more than 1.1 billion views.

“Hot Ones” is hosted by Sean Evans, an American YouTuber and producer. The web series’ concept sees Evans interviewing a celebrity guest whilst the pair chow down on wings. The wings are dipped in hot sauce and the sauce gets spicier every round. There are 10 rounds and 10 wings. The first sauce is typically something mild, like Sriracha, which has a Scoville rating of 2,200. The final round can include sauces with a Scoville rating of 2,000,000+.

As the show progresses, the guests struggle more and more to get through both the wings and the questions. They’re offered ice and glasses of water and milk to cool the burn. Guests who can’t eat all 10 wings are added to the show’s Hall of Shame. 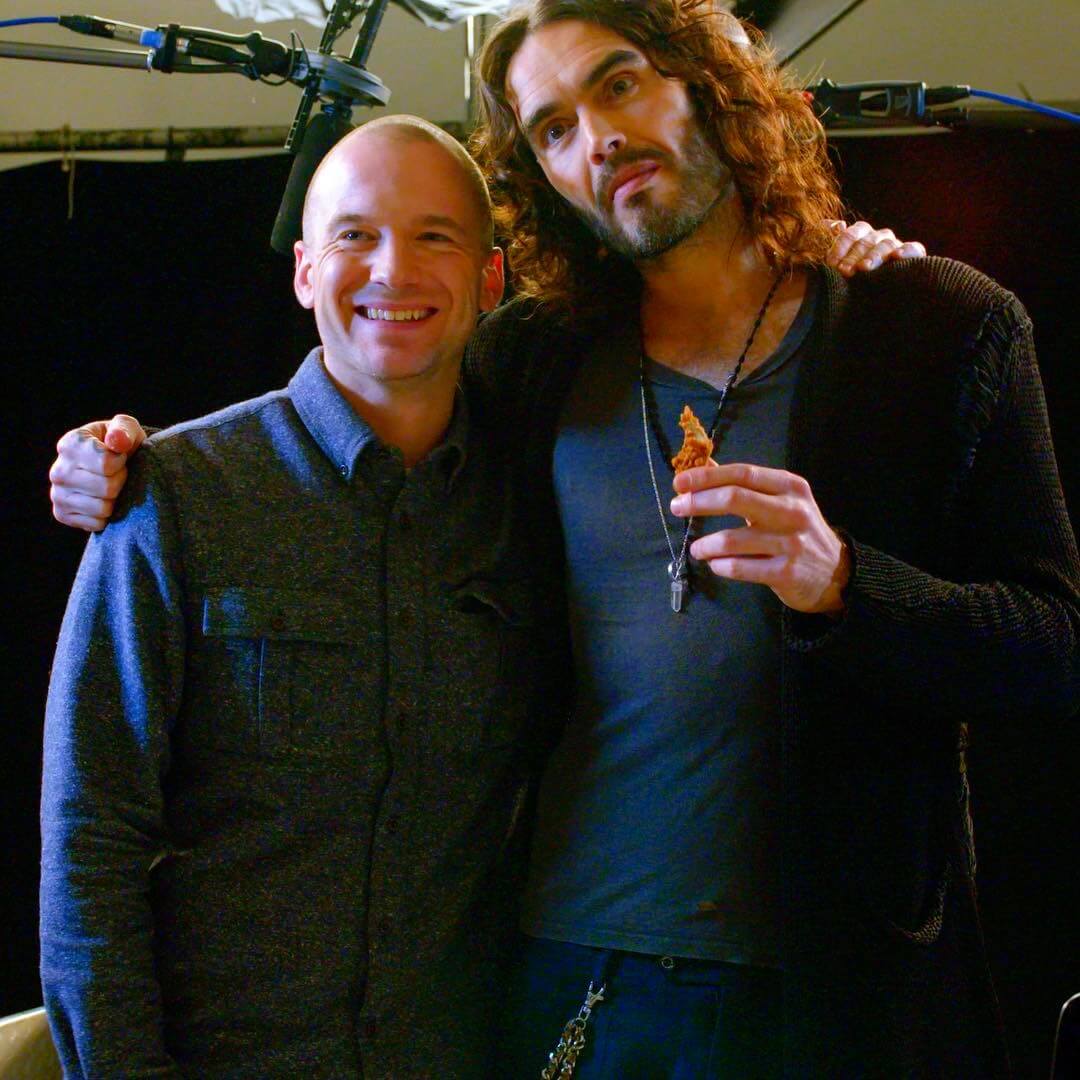 Vegan on ‘Hot Ones’

Most “Hot Ones” guests eat chicken wings on the show, however, Evans offers a vegan option, too. Many guests also choose plant-based milk like soy or oat rather than cow’s milk to counter the effects of the hot sauce. Whatever the guests eat and drink, Evans does the same.

During one segment, Evans told celebrity guest Kristen Bell that he backs the idea of eating vegan a couple of days a week. He explained that animal products harm the planet and public health. “You eat so much terrible stuff,” he said. “So I think that you know, it’s good not to have the wing thing all the time.”

And according to a Tweet from 2017, he may even prefer the vegan version. Writing about the vegan wings, Evans said on Twitter, “Far and away the best-tasting wings we’ve ever had on ‘Hot Ones.'”

19 Guests on ‘Hot Ones’ Who Ate Vegan Wings 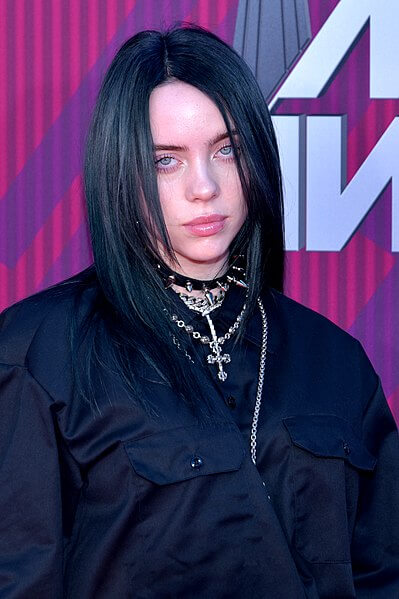 Billie Eilish appeared on “Hot Ones” earlier this year. The 17-year-old vegan musician conquered all 10 meat-free wings and came back for more, taking extra bites of the hottest plant-based wing. Eilish drank water and soy milk and crunched on ice to cool the burn.

The songwriter has been vegan since around 2014. She frequently uses her platform to raise awareness about animal cruelty. On the 10th anniversary of the Meat-Free Monday campaign, she encouraged 41.4 million Instagram followers to get involved, writing, “Help the world. I try.” 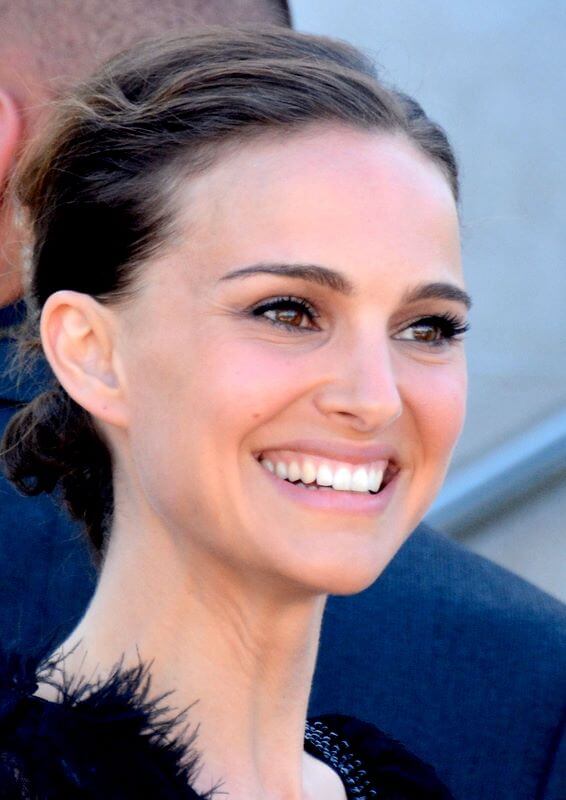 Natalie Portman has been vegan for nearly 10 years.| Wikimedia Commons

Natalie Portman hasn’t eaten meat since she was nine-years-old, so naturally, the actor and filmmaker went for plant-based wings for her episode of “Hot Ones.”

Portman has now been vegan for around eight years. In 2017, Portman produced and narrated a documentary called “Eating Animals” which looks at the environmental, economic, and health risks linked to factory farming. Evans said to Portman that watching the documentary “made me really consider the future of this show.”

Portman commented: “If everyone cut out meat, dairy, and eggs from one of their meals a day or from one day a week … that would make such a huge impact environmentally and with how many animals are put into difficult conditions.” 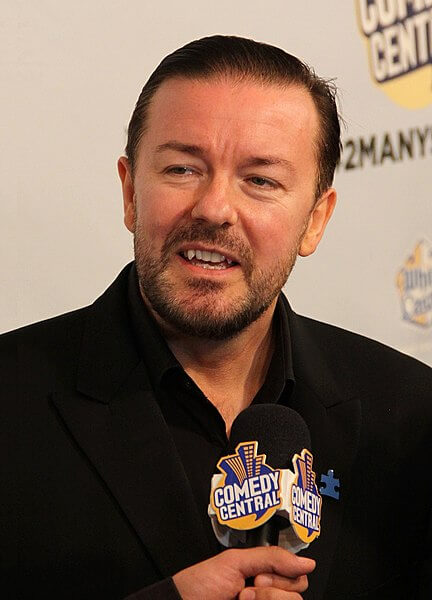 English actor, comedian, and director Ricky Gervais tackled the “Hot Ones” challenge in 2017 with spicy vegan wings. Gervais is a longtime vegetarian, but it’s been rumored that the entertainer has now gone vegan. During his “Hot Ones” segment, Evans highlighted Gervais’ longtime obsession with cheese but spoke about it in the past tense. He showed the actor images of cheese to get his opinion of them “from your cheese days.”

“When I used to have cheese and beans on toast it was always a mature cheddar,” Gervais said.

Gervais is an animal rights activist. He speaks out against trophy hunting, animal testing, horse racing, and the fur trade. 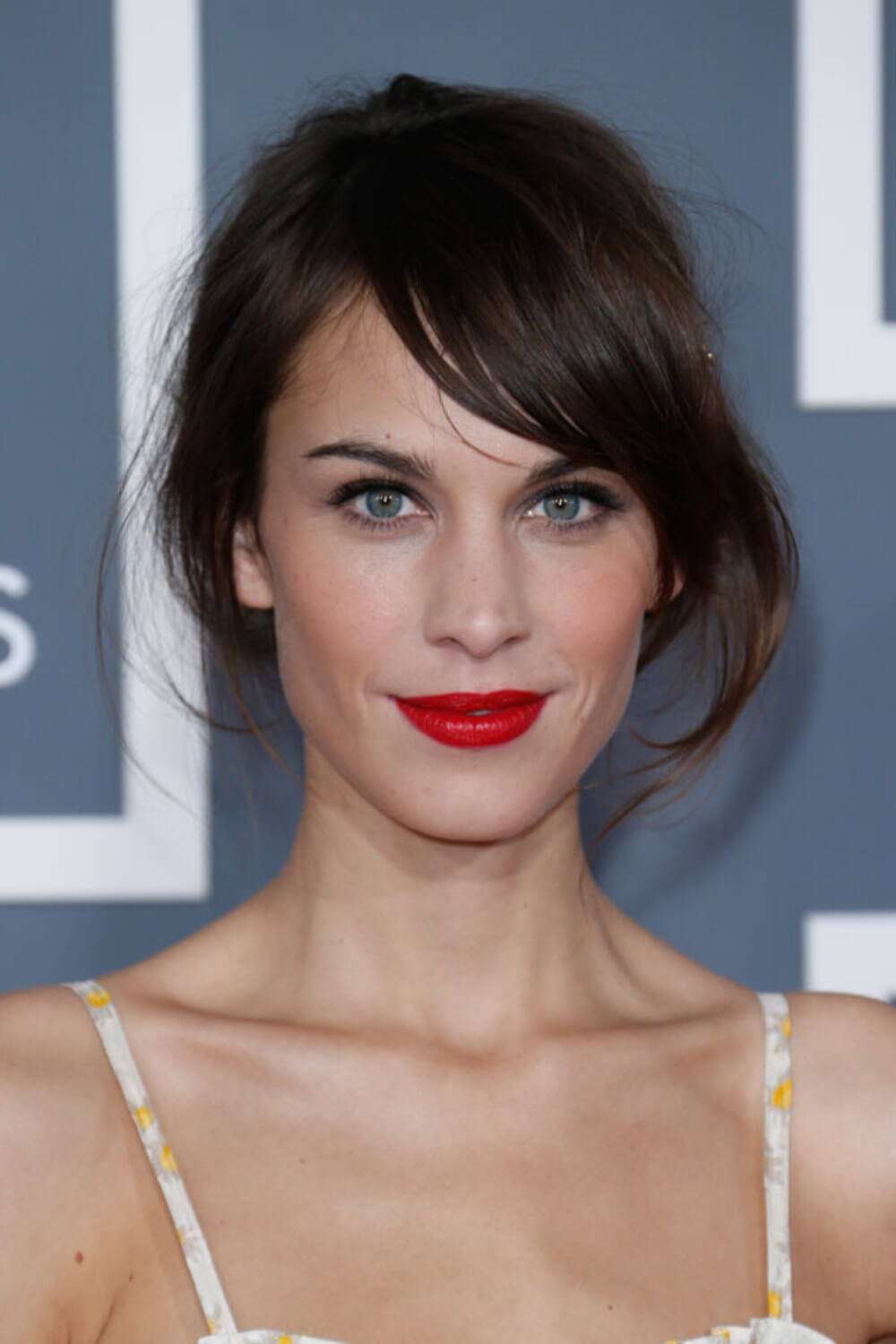 British television presenter, fashion designer, and longtime vegetarian Alex Chung snacked on vegan chicken for her 2017 episode of “Hot Ones.” Her preference for animal-free food goes further than diet; when Chung launched her eponymous fashion label, she promised to never use fur, angora, or exotic skins in any of her designs. 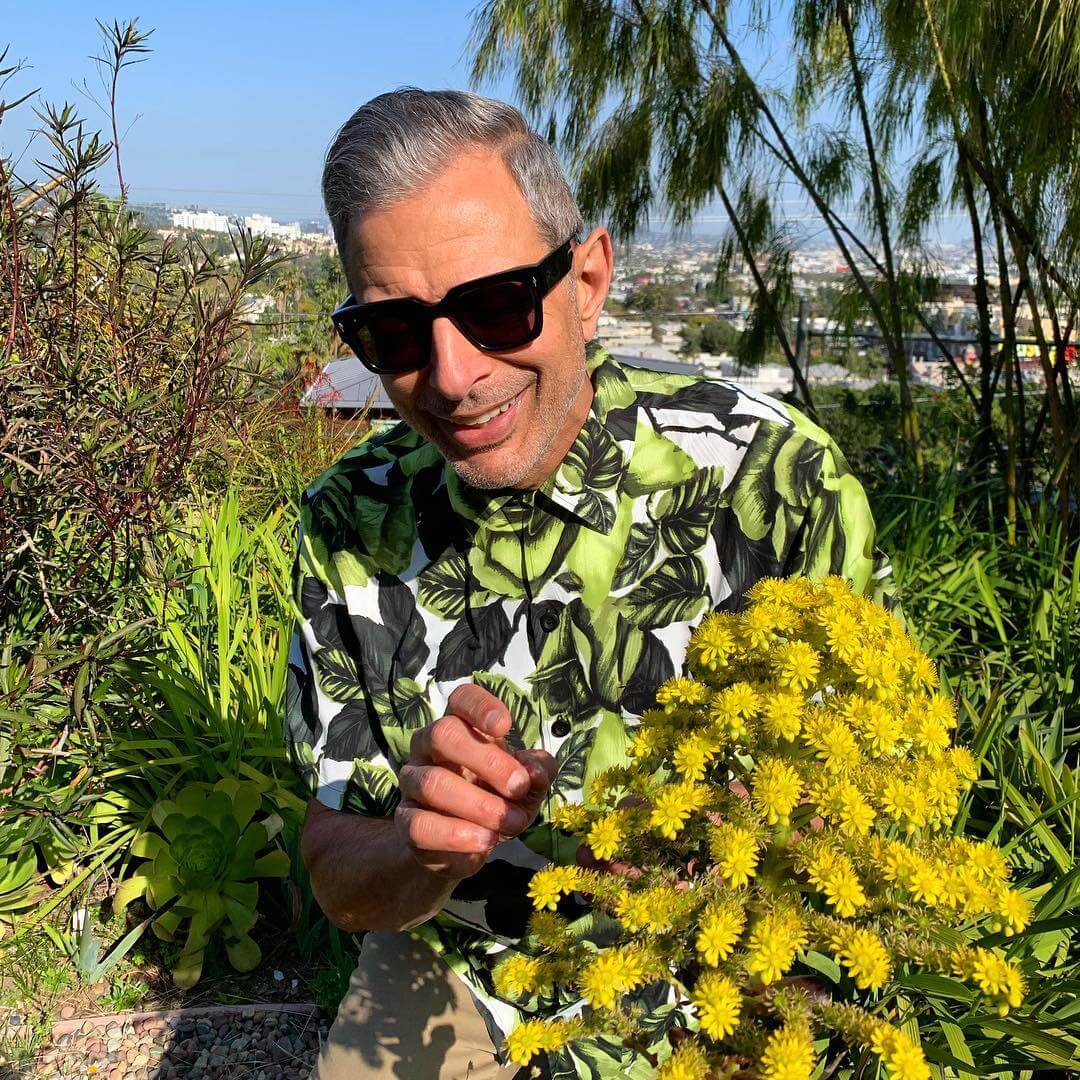 Sixty-seven-year-old Jeff Goldblum graced the season six finale of “Hot Ones” in August 2018. The actor answered Evans’ questions whilst feasting on tofu and tempeh wings.

A month later, Goldblum bumped into vegan filmmaker Kevin Smith at the vegan fast-casual chain, Veggie Grill. Smith wrote about the encounter online, saying, “Makes sense that he’s plant-based, considering he was almost eaten that one time…,” alongside a gif of Goldblum running from a tyrannosaurus rex in the 1993 blockbuster “Jurassic Park.” 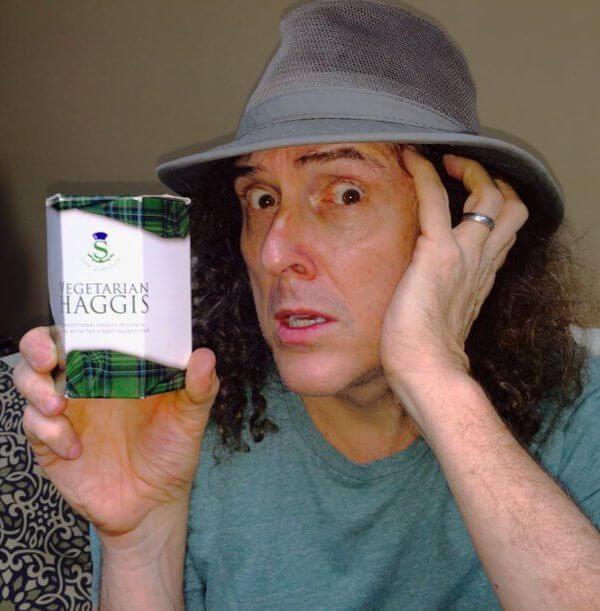 “Weird Al” Yankovic has been eating meat-free food since 1992. And that didn’t change for his 2018 “Hot Ones” episode when the singer-songwriter chowed down on vegan wings. He’s not usually a fan of plant-based meat, though. Yankovic told PETA in 2016 that he prefers to fuel his body with vegetables, fruit, juices, rice, and pasta. 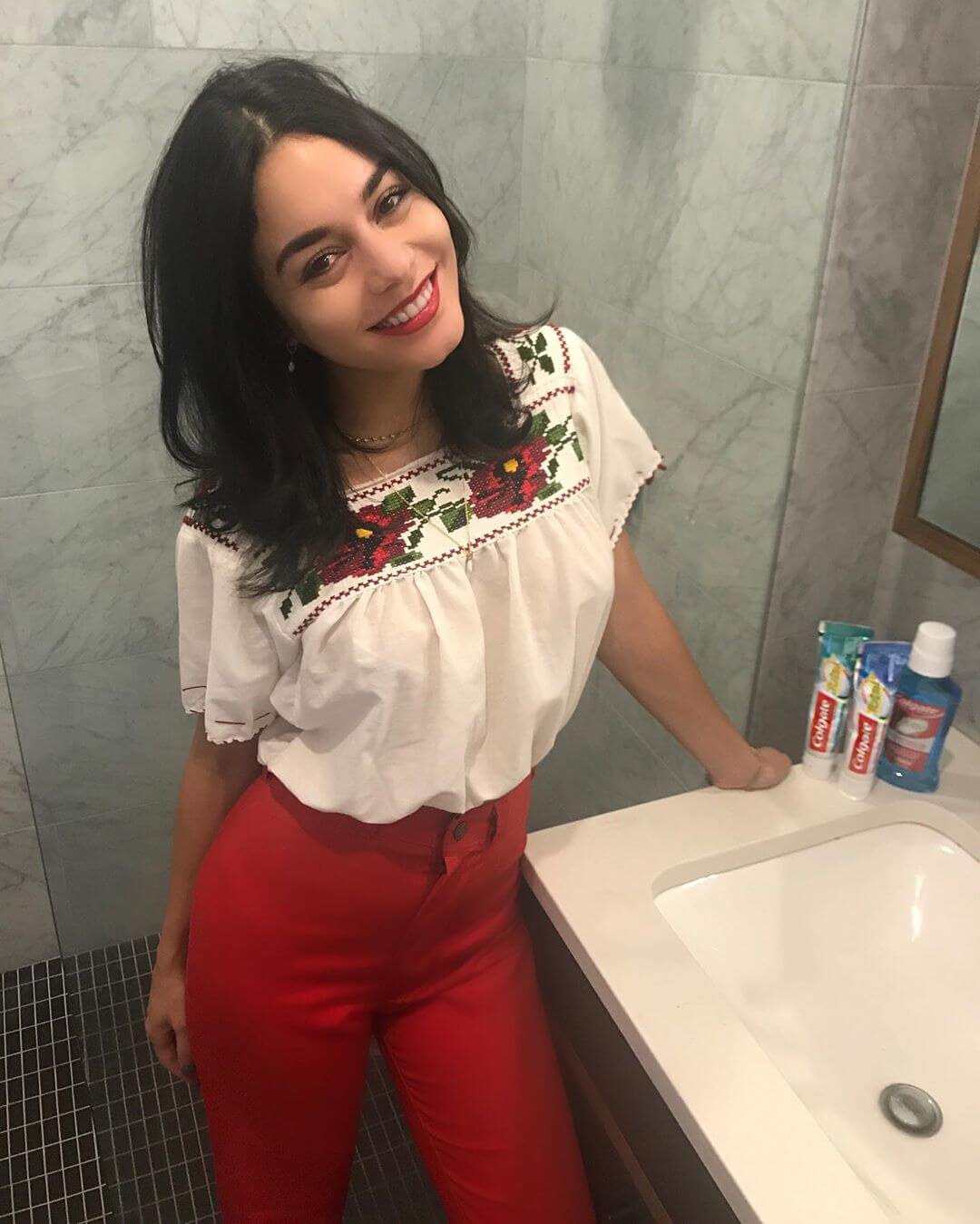 When it comes to food, actor Vanessa Hudgens doesn’t stick to the status quo (if you know, you know). The 30-year-old “High School Musical” star ate vegan wings with Evans on her “Hot Ones” segment. Hudgens is a pescatarian, but said the vegan wings were “really delicious.” 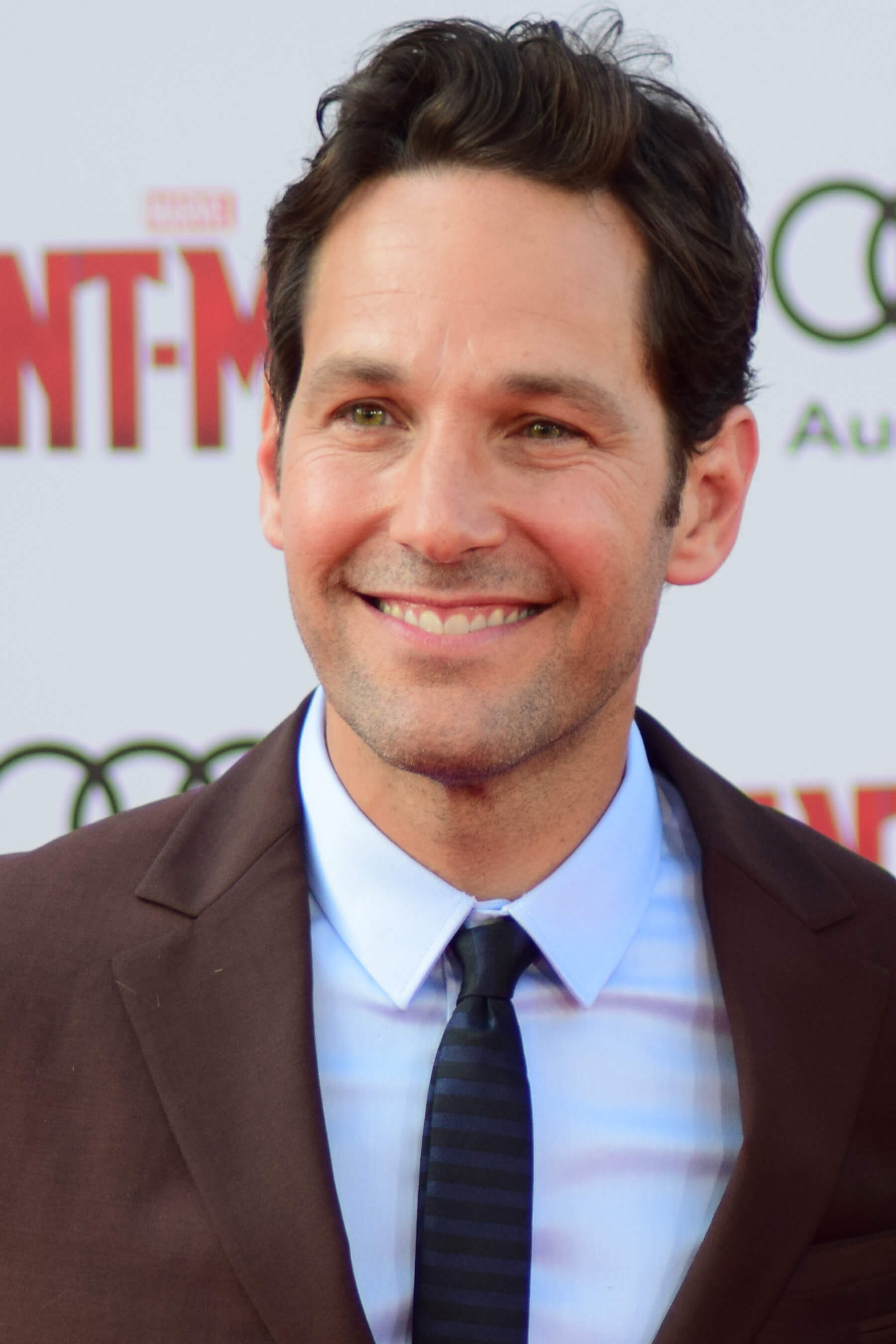 “I’m actually not a vegetarian but I’m trying to become better,” Paul Rudd told Evans during his “Hot Ones” segment as the pair ate vegan cauliflower wings. The 50-year-old actor conquered all 10 wings on the segment and finished up the segment with a “historic dab,” whereby he mixed all 10 hot sauces together and dipped a vegan wing in it.

Rudd recently said he avoids killing insects, including stepping on ants, because he doesn’t believe he is “better” than them. “Am I really so much better than a spider?” he asked. 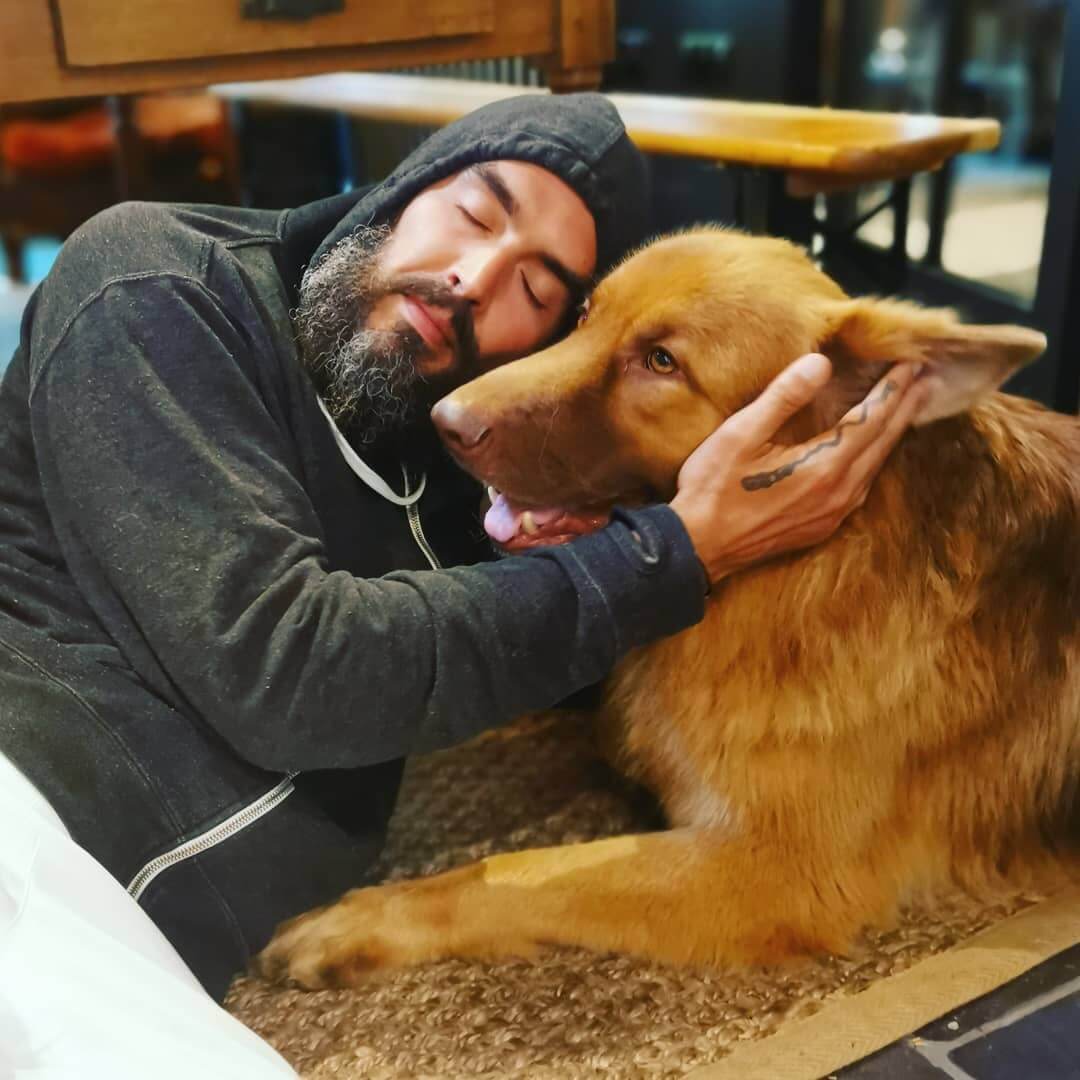 English comedian and actor Russell Brand stopped eating meat at age 14 because it’s “mean” to animals. The entertainer has dipped in and out of veganism since then. He recently returned to his vegan lifestyle, saying on a podcast, “When people are awakened, they don’t want to have the blood of people or animals on their hands.”

For his “Hot Ones” segment, Brand ate vegan wings from the Temple of Seitan, a London-based vegan takeout shop offering meat-free fried chicken and burgers. Brand said the vegan wings were “glorious.” 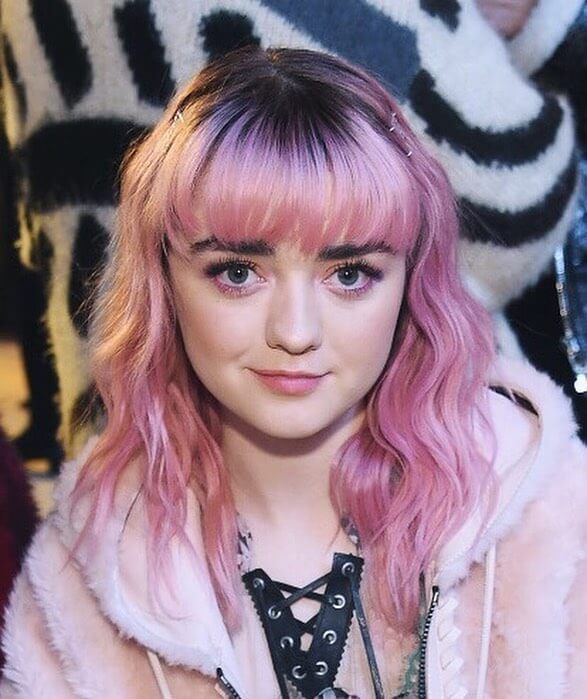 Maisie Williams is the latest vegan celebrity to appear on “Hot Ones.” The 22-year-old “Game of Thrones” star ate cauliflower wings and drank oat milk with Evans. During the interview, Williams revealed she almost missed her “Game of Thrones” audition because she wanted to visit a pig farm. She also spoke about her work on the dramatic thriller “Heatstroke,” in which she acted alongside hyenas. She explained that you have to “respect” the “incredible” animals.

Williams has spoken out against animal testing, the pet trade, and keeping animals confined for human entertainment. 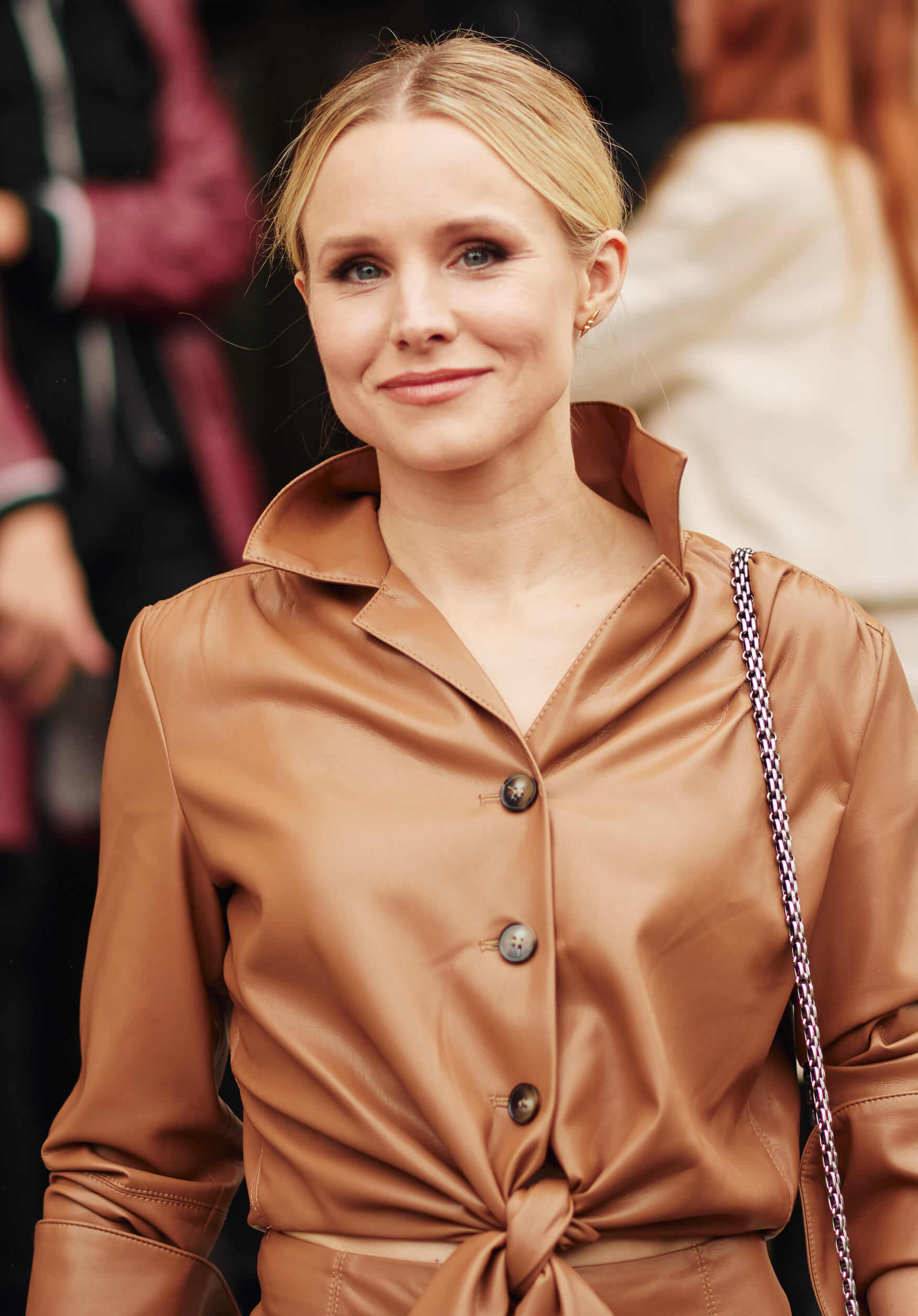 Kristin Bell has been vegetarian since the age of 11. | Wikimedia Commons

Kristen Bell’s “good place” is eating vegan wings with Evans. The 39-year-old actor told the host she was “impressed” that he offered a meat-free option. “It’s nice. You’re nice,” she added.

Bell has been living meat-free since she was 11-years-old. She hasn’t missed eating meat, either. She told Today in 2017, “I have no craving for it.” Though she isn’t vegan anymore (Bell went plant-based in 2012 but transitioned back to vegetarianism shortly after), she commented: “I think being vegan is a wonderful way to live and it has great effects on the body. I also think it has really good effects on the environment.” 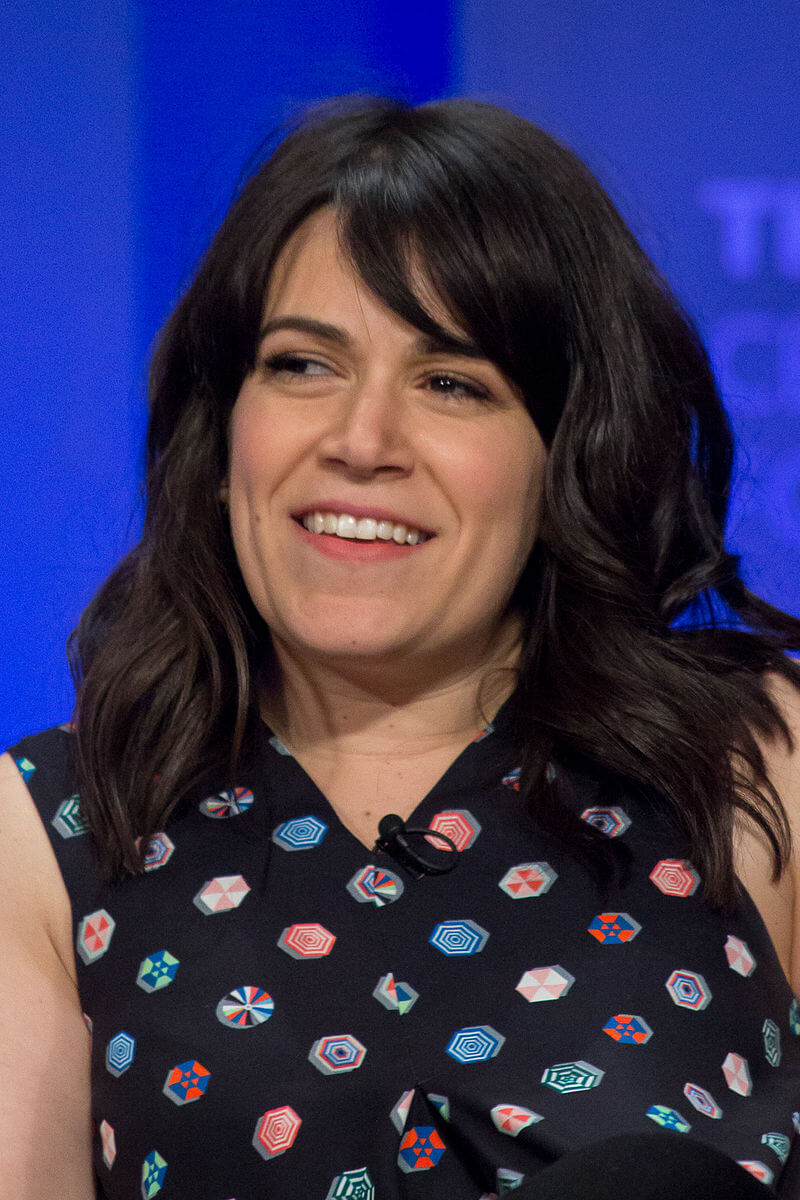 Earlier this year, American comedian Abbi Jacobson appeared on “Hot Ones” with fellow co-star and co-writer of Comedy Central series “Broad City,” Ilana Glazer. The pair chowed down on vegan cauliflower wings whilst discussing their careers, weed, and Instagram. Jacobson joked on Twitter afterward: “We were sick for two days… not because of the hot sauce, but from the huge amount of cauliflower.” 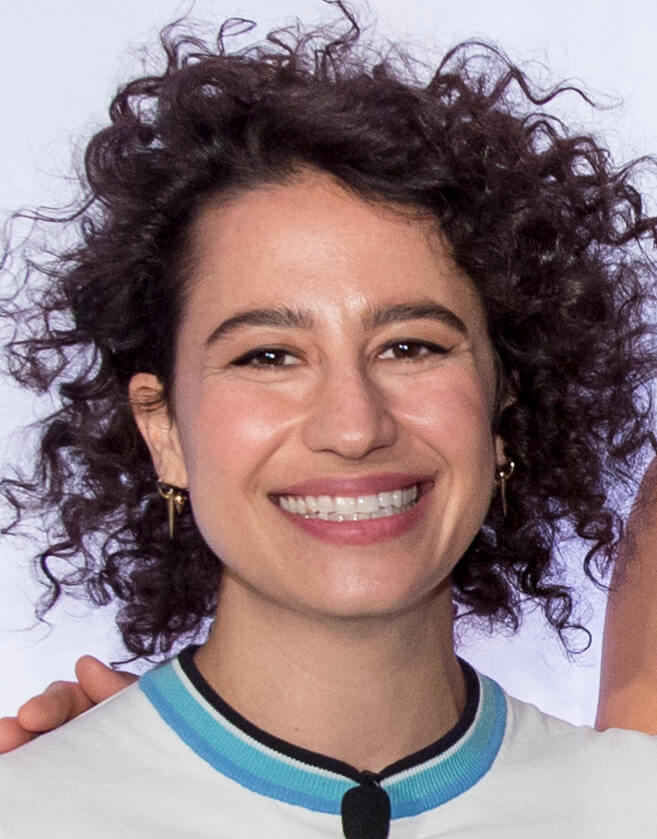 During the episode, 32-year-old writer and actor Glazer shared a recipe for “Firecracker” edibles, which is drunk as a smoothie on “Broad City.”

“You mash up weed into something really fat-based like almond butter… I’m like a health nut so, I do my Firecrackers with almond butter,” she said to Evans. “You can put it on a rice cracker, graham cracker, whatever, or you can just put it on a baking sheet and put it in something after.”

She added that the Firecracker is to be taken seriously. “We would lose our minds,” she said. “We would go into fetal position in our respective rooms.” 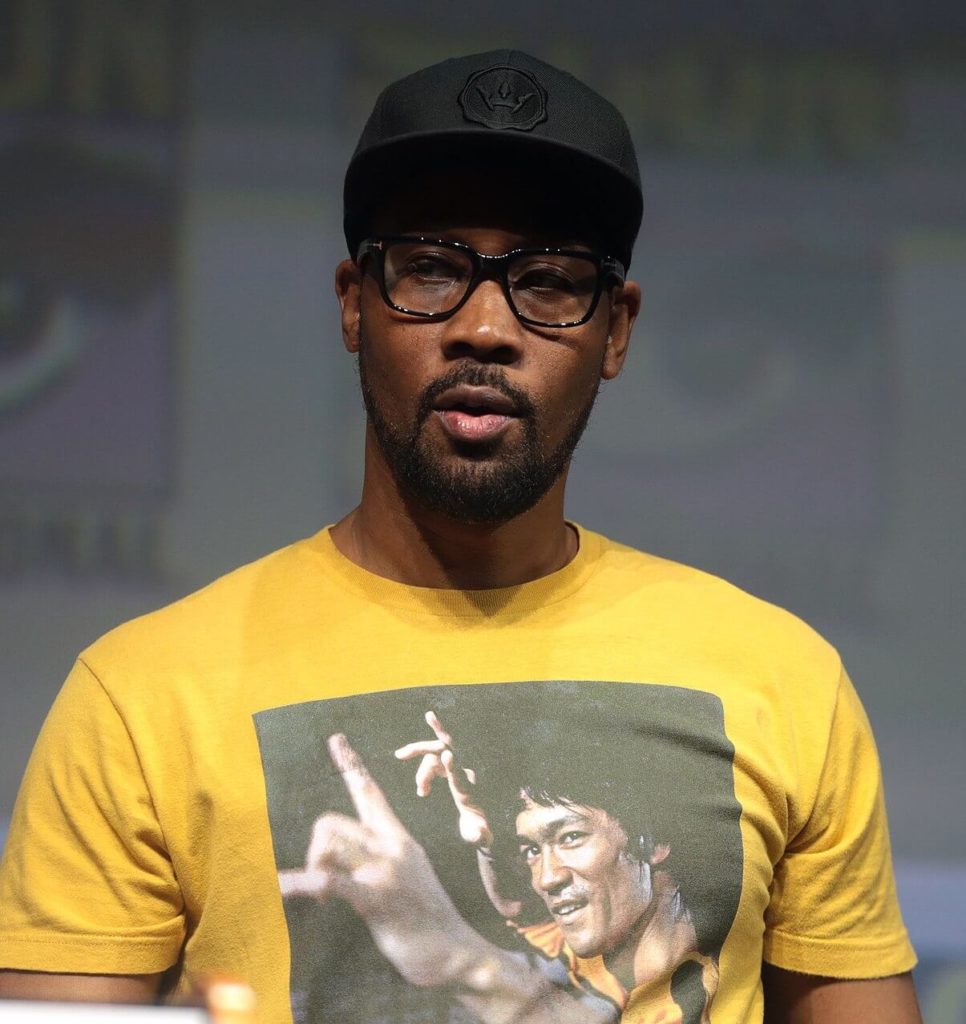 RZA was the first vegan to appear on “Hot Ones.” | Wikimedia Commons

RZA was the first vegan to ever appear on “Hot Ones.” He made his appearance in August 2016, eating plant-based nuggets and drinking almond milk. Evans swapped between animal meat and vegan meat throughout the episode.

RZA told PETA in 2014: “I’m quite sure [animals] do not wanna be on my plate… When you eat [animal products] you’re eating that stress, eating that sickness, eating that fear,” he said. He added, “I don’t need a dead animal or dead piece of flesh to go into my live body.”

He also said he believes veganism could lead to a “better tomorrow.” 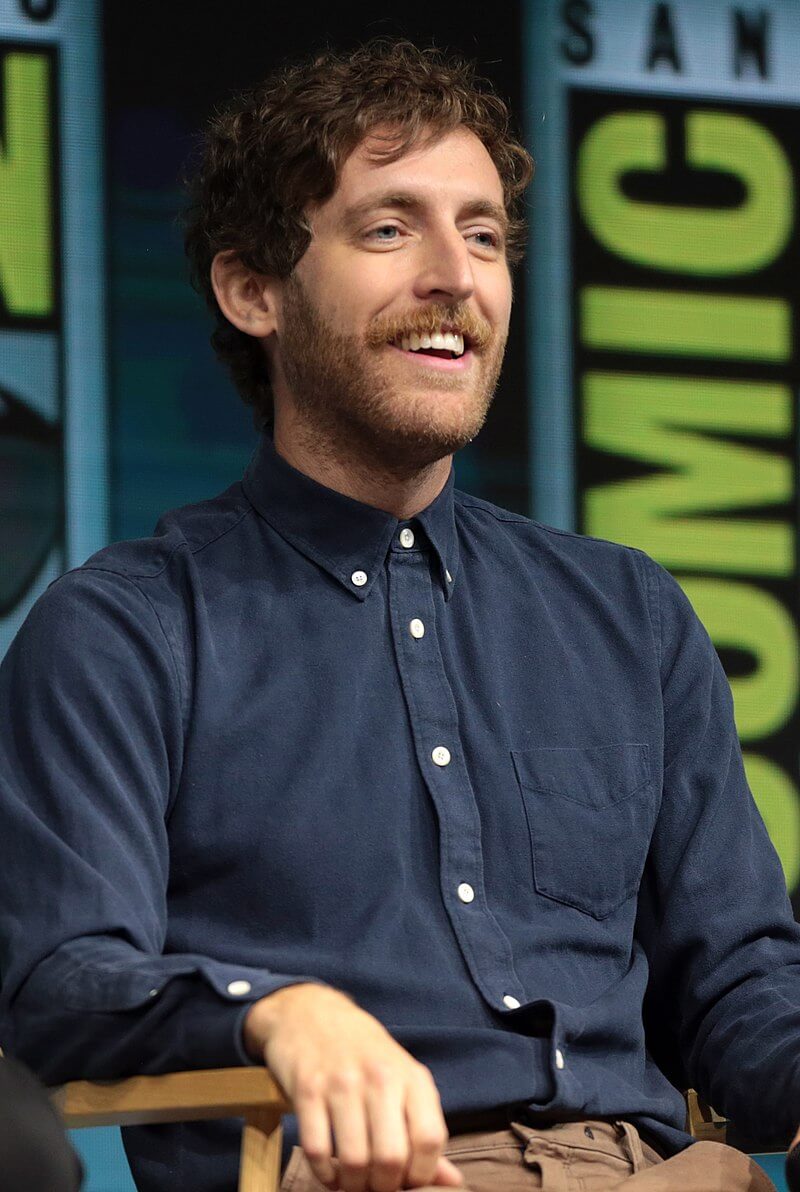 Canadian actor Thomas Middleditch took to the “Hot Ones” table in 2017. Middleditch went for meat-free wings, which he said were “super tasting.”

Two months prior, Middleditch told Food GPS that he was an “aspiring vegetarian” who loves the fast-casual vegan restaurant, Veggie Grill. 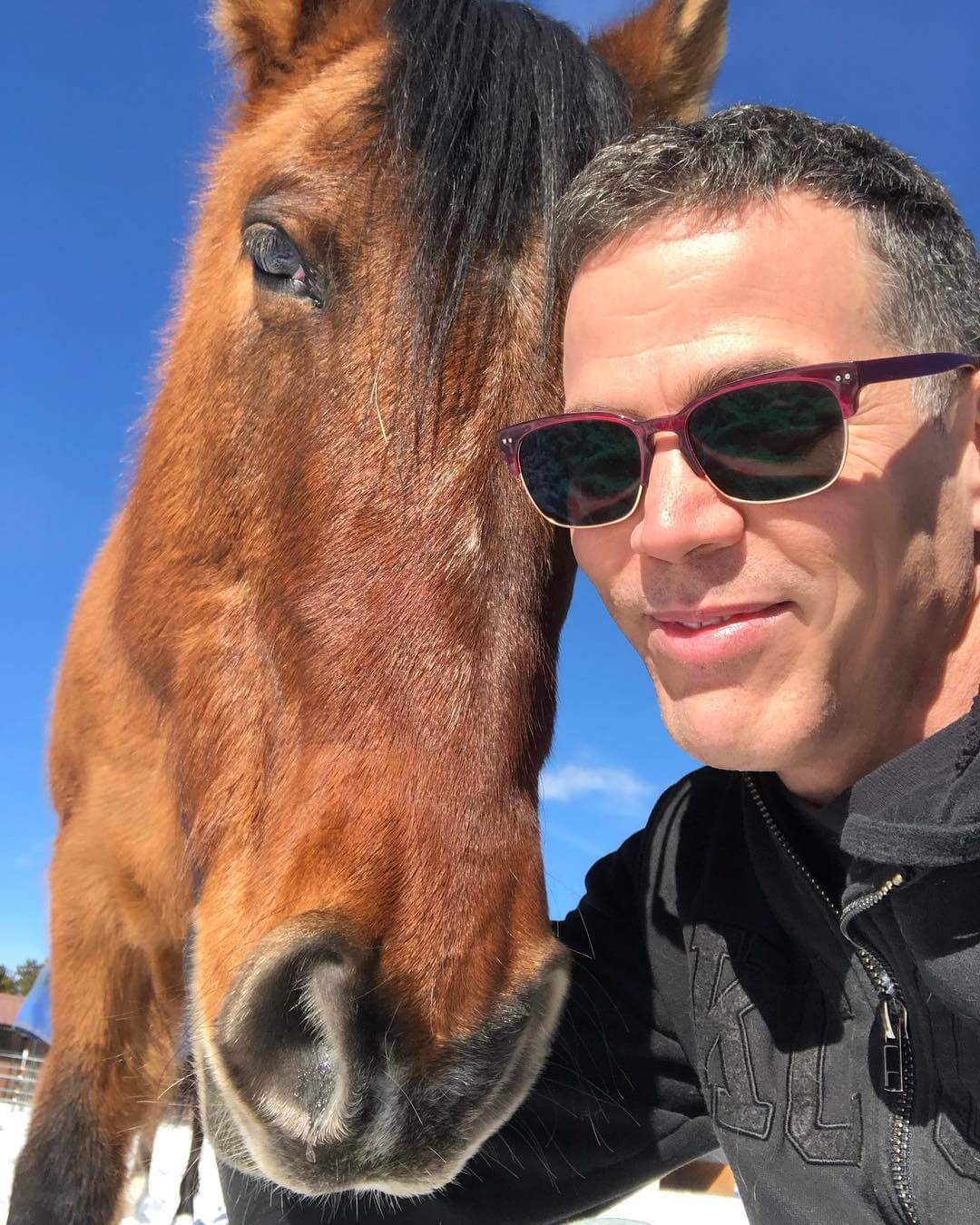 Steve-O spoke about his animal activism on “Hot Ones.” | @steveo

Stunt performer and actor Steve-O — best known for his work on “Jackass” — chatted about activism during his “Hot Ones” episode. Steve-O climbed 150 feet in the air on a construction site with a blow-up toy whale that read “SeaWorld sucks.” Steve-O has also protested against fur and circuses. The entertainer was once vegan but now eats fish. 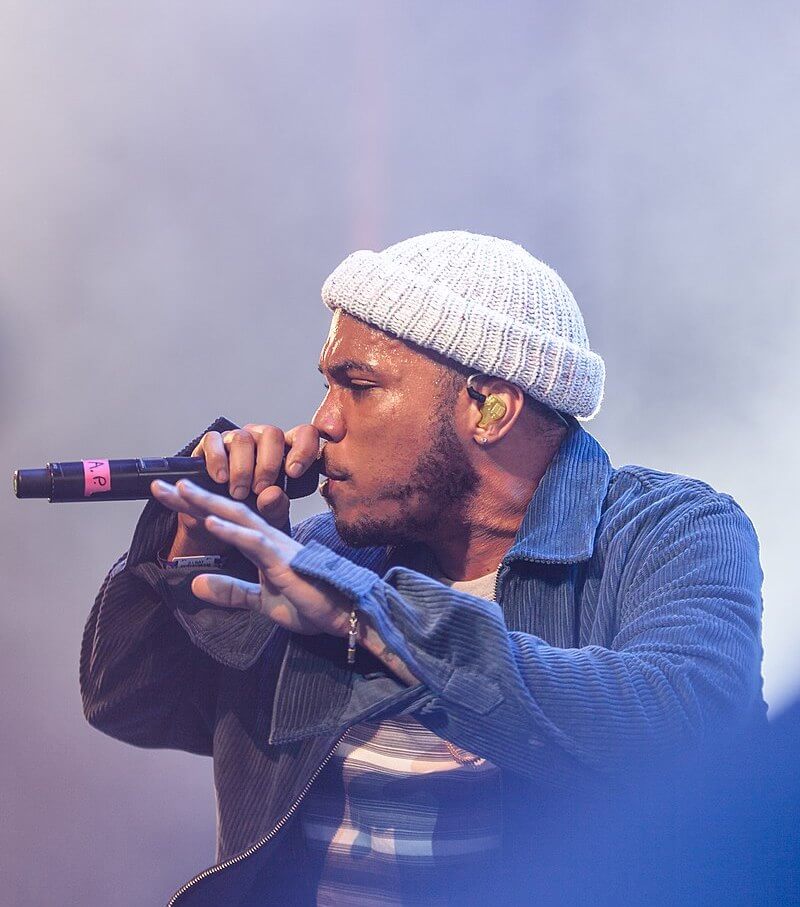 American musician Anderson Paak met with Evans in October 2018. “They’re all vegan, are you sure?” Paak asked about the nuggets before biting into one (he also made sure the milk was dairy-free). “It’s all vegan today,” Evans assured, and commented that the Almond Breeze milk is “so good.”

Paak also shouted out the fast-food chain Fatburger, arguing that it’s better than In-N-Out because, at the time, it was one of the only fast-food spots where you could get the Impossible Burger. 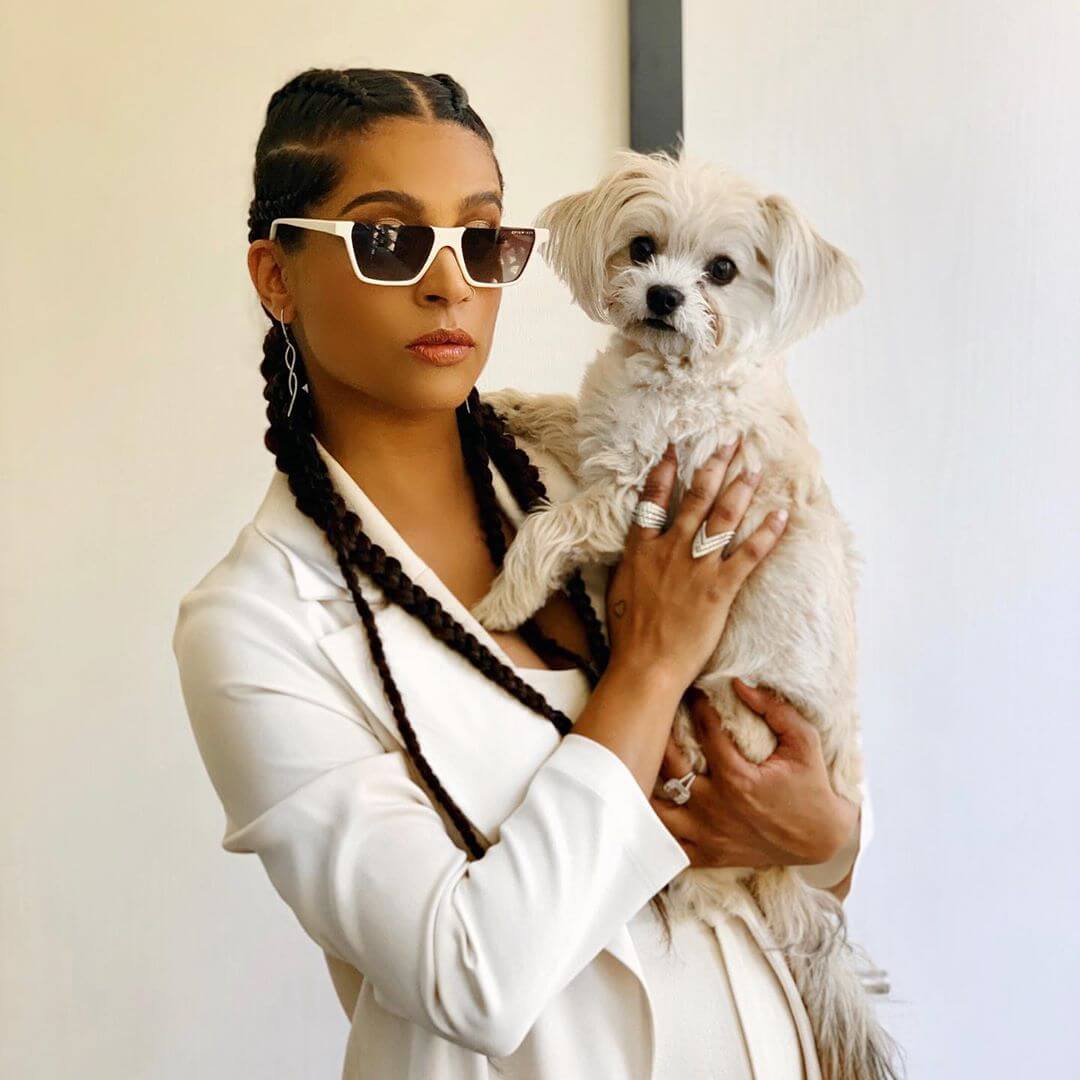 Canadian YouTube star and talk show host Lilly Singh braved spicy meat-free wings on “Hot Ones” last year. Singh recently opened up about being vegetarian on her new late-night talk show, “A Little Late With Lilly Singh.” She called herself a “proud vegetarian” and encouraged her viewers to give the lifestyle a go. She said: “I originally decided to become a vegetarian because I figured if I can live without killing an animal, why shouldn’t I?” 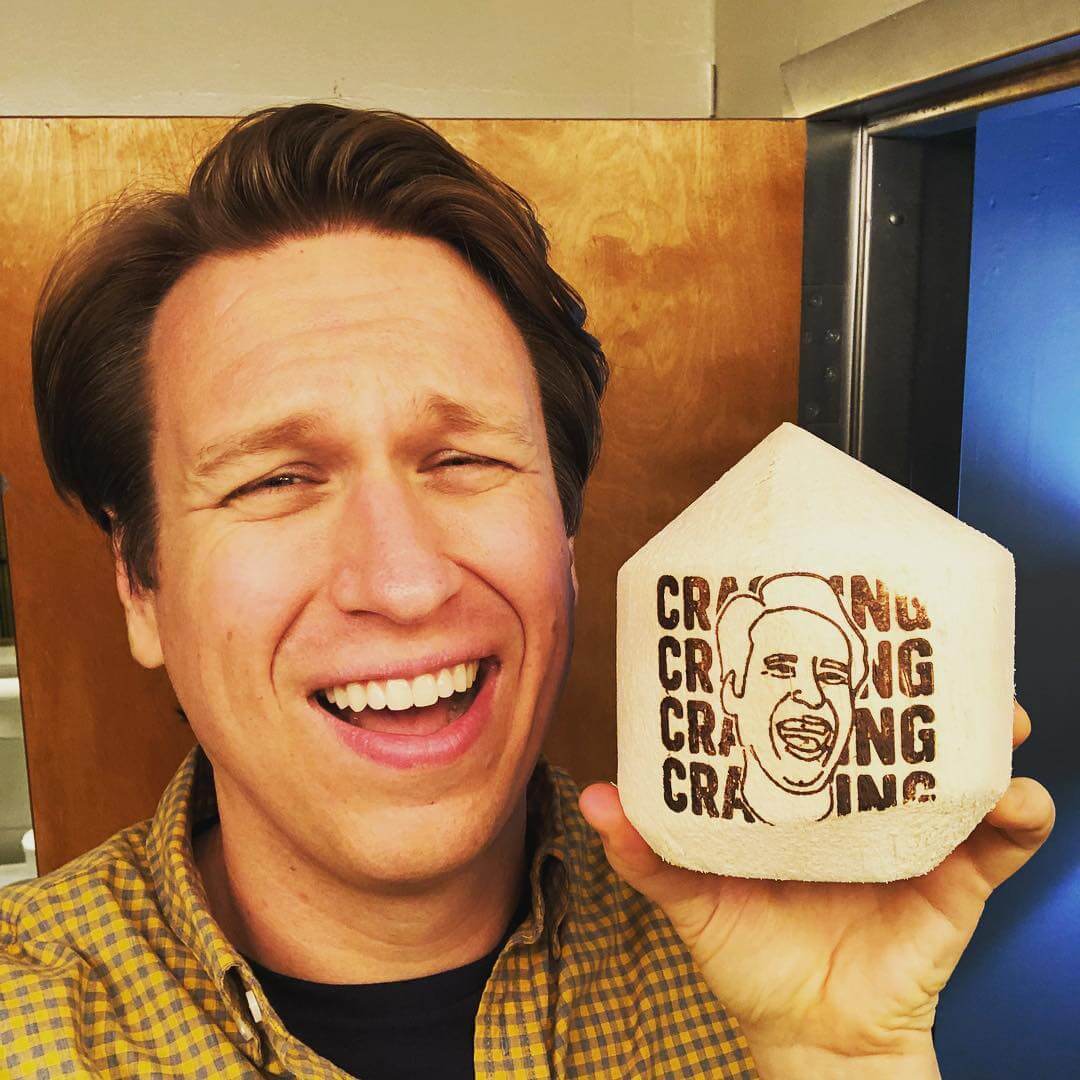 Vegan comedian Pete Holmes said we should “have compassion for people that eat meat.” | @peteholmes