A new classroom animal rights documentary featuring Cesar Chavez has just been released. “Cesar Chavez: Respect For All” focuses on social justice and effective leadership. Genesis Butler, Chavez’s great-grandniece, is helping to promote the film so students across the country can learn about her great-granduncle’s inspiring story and his compassion for all living beings.

Butler is an eleven-year-old vegan and animal advocate with an impressive resume for her age. After committing to a vegan diet at the age of four, she has appeared in multiple documentaries and given presentations around the country. Most notably, she took to the stage at a TEDx event in 2017 where she spoke to the audience about her experience as a young vegan. She also encouraged the crowd to go vegan as well. Further, Butler has been recognized as the youngest recipient of the Carlee and Laurie McGrath’s Young Hero to the Animals Award, which she received in March 2017. She works to inspire both children and adults to practice compassion toward animals and adopt a vegan diet. 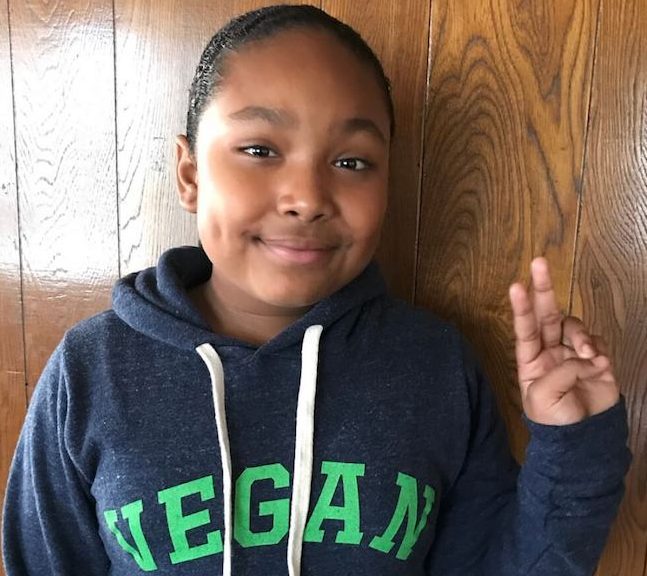 This new twenty-two-minute documentary features Butler as she explores the Chavez National Monument and learns about the altruistic advocacy of her great-granduncle. Many are familiar with Chavez’s work in social justice and advocating on behalf of farmworkers, but he also extended his work toward all repressed communities. He preached respect and equal rights for everyone, no matter their gender, sexual orientation, or ethnicity, occupation, or species.

Butler posted on Instagram to bring attention to the film. She writes, “Chavez went vegan after making the connection [to animals] and knowing that when you fight against injustice that it should be for all species!” The film is free to stream, though the filmmakers have created an Indiegogo page to promote its distribution. Their goal is to reach every secondary school classroom in the US.