Fall is nearly here, which means one thing. Pumpkin spice season is upon us. If you’re looking to get your fix, Target now stocks cold brew vegan oat milk lattes in two festive flavors: Pumpkin Spice and Gingersnap.

Made by Chameleon Cold-Brew, the seasonal oat milk lattes can also be found in Whole Food stores. The brand posted on Instagram, “we’re making seasons bright and caffeinated with our new Seasonal Cold-Brew Oat Milk Lattes in Pumpkin Spice and Gingersnap. Taste the holiday magic at your local [Target] and [Whole Foods] today.”

Customers seem more than satisfied with the new options. One social media user commented on the post, “the pumpkin spice one is [so] good. Not overly sweet. Trying not to drink the whole thing at once.”

Target already offers a number of dairy-free drinks, including Starbucks almond milk frappuccinos and a wide variety of vegan milk options. Rice milk, coconut milk, almond milk, oat milk, and hemp milk can all be found on the shelves. It also offers a variety of nondairy creamers. 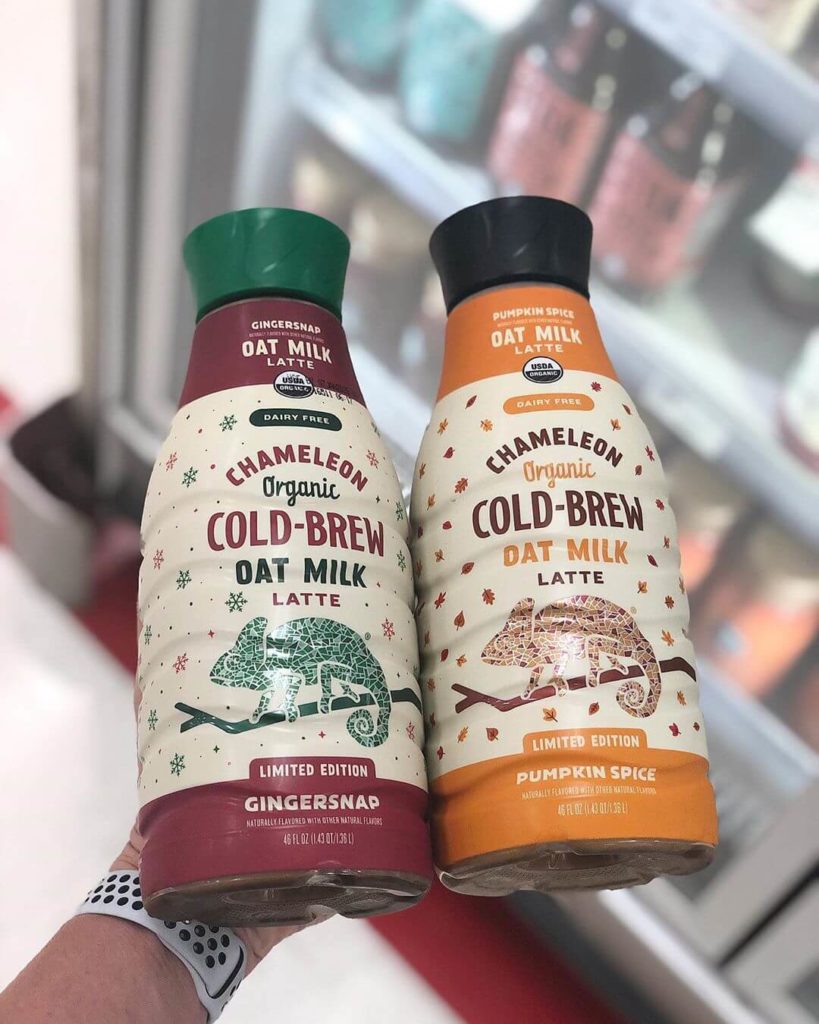 Dairy-free drinks are becoming more popular in the U.S. According to a study from earlier this year, vegan milk is now a staple purchase for 48 percent of Americans. It noted that most purchase plant-based milk for health reasons.

Research has shown that dairy consumption can increase the risk of a number of diseases, including heart disease and certain types of cancer. It is also associated with painful skin conditions, including acne.

Plant-based milk is so popular in the U.S., the dairy-free milk market is now worth $1.8 billion, according to a report by the Good Food Insitute (GFI). The dairy alternatives market — which includes yogurt, cheese, and spread, for example — is valued at $1.2 billion.

The story is similar in the UK. According to a recent study, 16 million Brits now regularly choose vegan milk over dairy for environmental and health-related reasons.