The new product is part of Asda’s own-brand Flatbread pizza range. The line previously offered meat and cheese-based flatbread pizzas, but now the supermarket chain has added the Vegan Veggie Feast to the range. 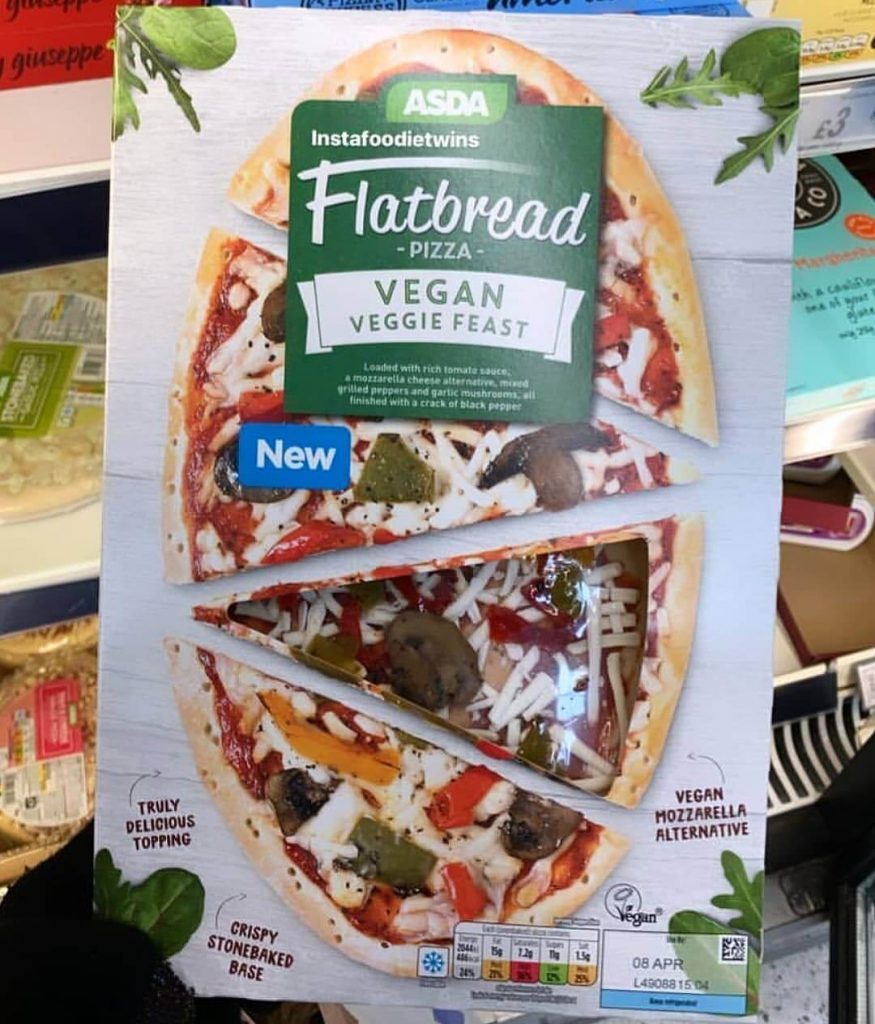 The frozen pizza is “loaded with rich tomato sauce” on top of a crispy stone-baked base, according to the product’s description. It features a “truly delicious topping” including mixed grilled peppers, garlic mushrooms, cracked black pepper, and dairy-free cheese.

Lately, Asda is all about vegan food. The UK’s third-largest supermarket chain has been busy launching new products to keep up with surging demand for plant-based eating.

This month, Asda began selling a vegan version of the popular British biscuit, custard creams. The snack has been described as a combination of custard creams and Fox’s crunch creams, as well as “really tasty” and affordable.

Research from earlier this year found that red and processed meat consumption had dropped nearly 30 percent in the UK in the last decade. Over the past two years, more than a quarter of young people in the UK have reduced or cut dairy consumption altogether.

A February study found that the number of vegans living in the UK could increase by 327 percent this year.

Asda’s Flatbread Vegan Veggie Feast pizza can be purchased by £2.50.