One of the most famous chefs in the world, chef Jean-Georges Vongerichten, is reinventing French food with a plant-based focus at his Beverly Hills restaurant.

While Vongerichten is not eliminating animal foods from the menu, the chef who has always taken a novel approach to French cuisine says he’s now bringing a modern vegetable-centric focus to the Waldorf Astoria location.

In a recent interview with the San Diego Tribune, the restaurateur who operates 38 restaurants around the world, says he’s moved away from the traditionally heavy sauces and creams synonymous with French food to focus on the “lighter, often vegetarian, palate” preferred by Angelinos.

Plant-forward menus are cropping up at 5-star and omni-focused restaurants across the country, and they’re always on trend in Los Angeles where the warm climate lends itself to a year-round supply of fresh fruits and vegetables. 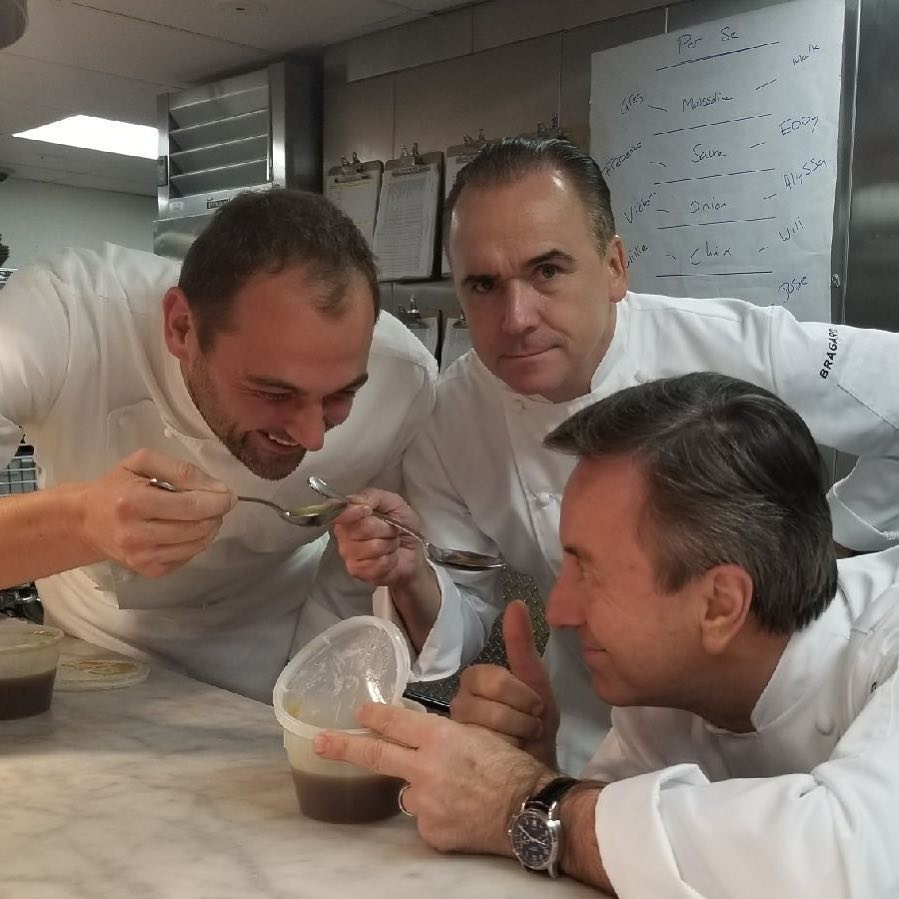 “The exciting part for me is that there is so much fresh produce and food in Los Angeles,” Vongerichten said.

A lot can be said about French food and its impact on modern dietary habits and preferences (both good and not so good). But despite its heavy reliance on animal products, it’s also always highlighted fruits and vegetables, often in their most natural and simplistic form — minimally prepared to allow their flavors and textures to shine through. It’s part of the “French Paradox” — that ability seemingly exclusive to the French to consume rich foods and wine and still avoid some of the diet-related issues common in the U.S.

Vongerichten is most notably regarded for the way he brought Asian flavors and Western ingredients together for a retooling of classic French cuisine. It’s earned him praise as one of the world’s most innovative and sought-after chefs. And it looks like he’s bringing yet another twist to fine dining that’s sure to be replicated around the world.

“The food trend is definitely more plant based today,” he said. “After all, it takes two years to grow a steak and just two weeks to grow a radish.”