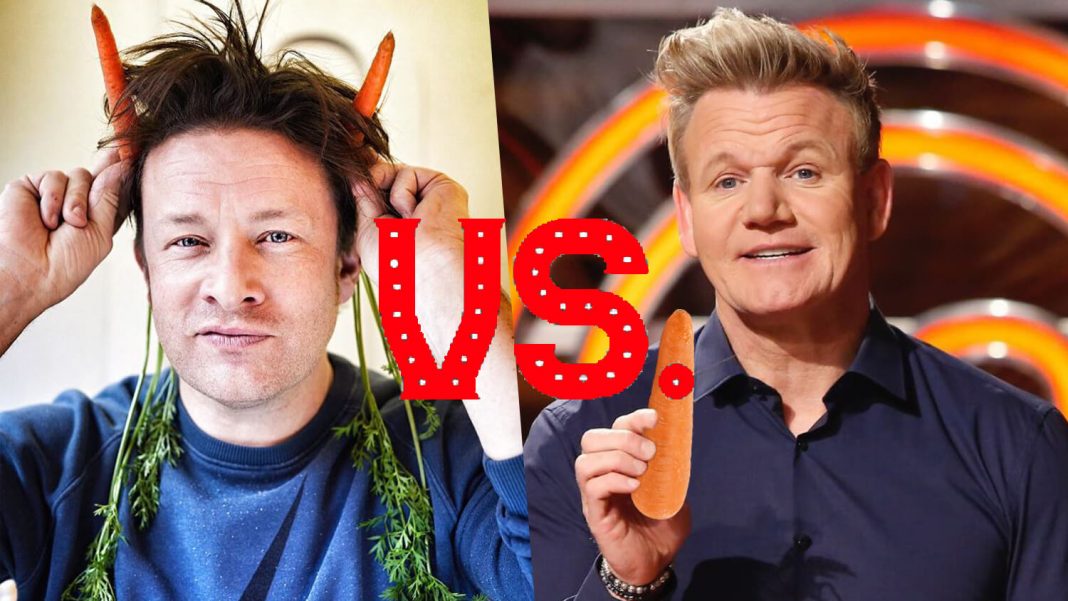 As the vegan movement gains momentum around the world, businesses and public figures race to keep up. In the food market especially, companies are evolving to fit with the shifting consumer market, which is beginning to prioritize health, the environment, and the welfare of animals.

This means more cruelty-free, plant-based food at supermarkets, like the UK’s Waitrose, Tesco, Sainsbury’s, and Morrisons, which have all recently launched their own lines of vegan ready-made meals.

For chefs, changing attitudes means uprooting many longstanding habits in their profession; no longer can meat and dairy products always be at the center of the plate. British celebrity chefs and restaurateurs Jamie Oliver and Gordon Ramsay, in particular, are racing to be the best in the UK’s plant-based food scene.

It’s a turnaround for the television personalities, as both have made negative comments about vegans in the past. Ramsay publicly mocked those following a cruelty-free lifestyle, saying he is “allergic to vegans,” whilst Oliver once said, “vegans do annoy me, but I also do care for them.”

Now it seems both chefs have changed their tone (and for Ramsay, recovered from an allergy), as they’ve been busy launching recipes and dishes during January, celebrating the New Year and Veganuary.

The Veganuary campaign, whereby people pledge to go vegan for 31 days, is growing in popularity. In fact, it’s expected that nearly three million Brits will ditch meat, dairy, and eggs this month.

Oliver just unveiled a new healthy eating program called Jan Plan. At no charge, users can access online recipes for the entirety of January – it will even help you to create shopping lists. While the program can include animal products, users have the option to set it to dairy-free, vegetarian, or vegan. According to Oliver, “every meal is completely balanced nutritionally.” The recipes won’t hurt your wallet, either, with meal costs averaging at £1.50 a portion or as low as 80p.

Oliver shared five of “his favourites” from the Jan Plan program. One was a plant-based Spicy Saag Aloo (although Oliver did choose to top it with four tablespoons of yogurt), and another was an all-vegan burger.

Around the same time, Ramsay – not wanting to be left behind – launched a vegan menu at his London-based restaurant Bread Street Kitchen, a first for the venue. The menu includes risotto, pizza, chocolate avocado mousse, sundaes, and a handful of nutritious sides. “Oh lord it’s happened…..we’re giving #veganuary a go this year!” Ramsay wrote online.

He was a few steps behind Oliver who, back in May, introduced a vegetarian and vegan menu in his restaurant chain Jamie’s Italian. “Jamie is passionate about how much good we can do for ourselves and the environment by cutting back the amount of meat we eat,” the restaurant stated.

And there’s no slowing them down. Oliver just made plant-based food for the world’s first vegan football team, even featuring them on his Channel 4 show “Friday Night Feast.” He also recently promoted a vegan cookbook to his 6.9 million followers.

Ramsay also previously stated he’s “going to give this vegan thing a try,” though fans are unclear whether he was referring to his personal or professional life. He also teamed up with vegan actor Madelaine Petsch to get creative with plant-based cuisine on his YouTube channel – the video has nearly nine million views. 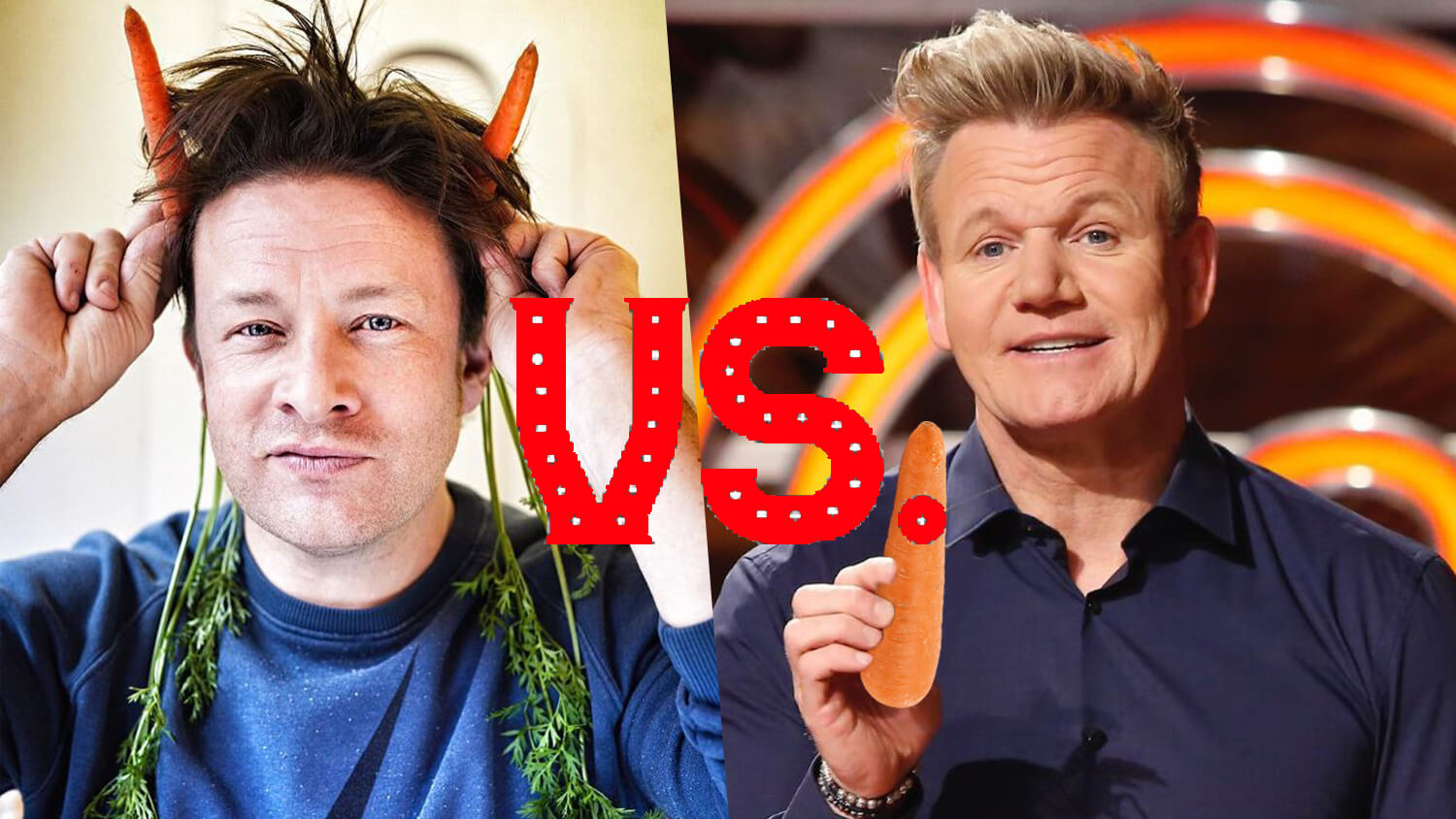