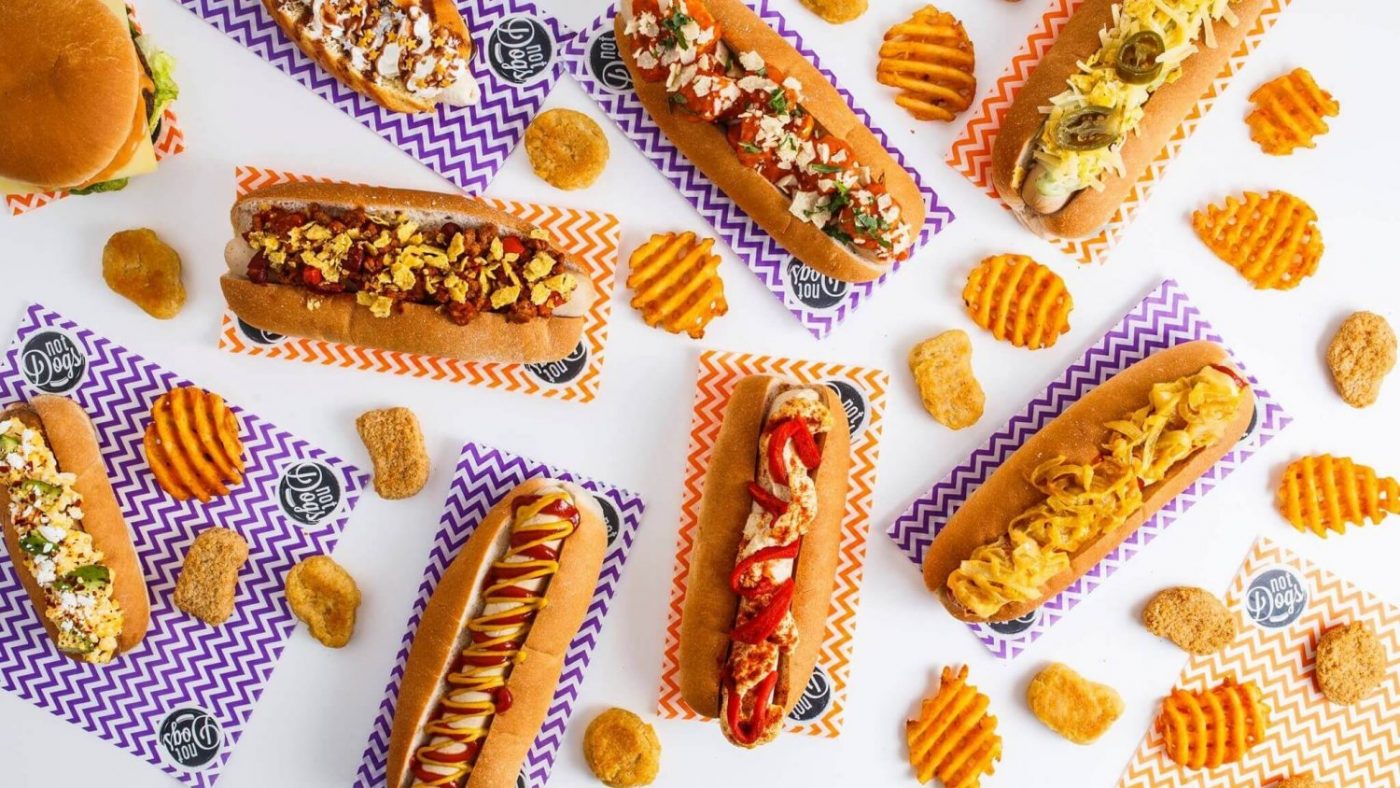 Chessington World of Adventures, a major theme park, hotel resort, and tourist attraction located in the Greater London area, is now home to its first-ever vegetarian and vegan-friendly restaurant. A reporter for Veganuary noted that this is the first time that a dedicated meat-free business has opened in one of the nation’s theme parks.

“Calling all vegetarians, vegans, food lovers and more,” the theme park announced via Twitter earlier this week. “@notdogsUK is now open! Come and find your next foodie fix next to Scorpion Express.”

Called “Not Dogs,” the new eatery will serve vegetarian and vegan hot dogs made by a Birmingham-based company of the same name. On the menu of the new theme park food spot, visitors will find Not Dog vegan hot dogs featuring a wide array of creative toppings. Diners can also enjoy veggie burgers and sides like waffle fries and meatless chicken nuggets. While some menu items include cheese, anything can be made vegan by request.

Not Dogs was founded by entrepreneurs Katie and Jane after the pair found a lack of satisfying options for vegan and vegetarian fast-food in the UK. Their business aims to provide food lovers with delicious, quality veggie dogs that appeal to meat-eaters, vegans, and vegetarians alike. The duo started their journey by travelling across the UK in their food truck, constantly working to perfect their recipe through customer feedback.

In 2016, Katie and Jane were able to open their first Not Dogs restaurant in Birmingham, promising a fast-food-inspired menu where diners wouldn’t miss the meat. Last year, the pair impressed the cast of the UK-based Shark Tank analog, Dragons Den, with their meat-free hot dogs. In a blog post, the pair revealed that their ultimate goal is to make their brand a household name.

Not Dogs promises that its housemade veggie dogs are a healthier alternative to traditional hot dogs while being kinder to the planet and animals.

While Chessington World of Adventures’ stocking of the meat-free food is notable, the venue has some way to go toward improved animal welfare. The establishment recently opened “Tiger Rock,” an enclosure in the theme park which houses four endangered Amur tigers. A log flume ride travels past the tiger enclosure while an overhead trail within the enclosure allows tigers to walk above visitors. The feature is the first of its kind in Europe and raises several questions regarding animal welfare.

An article published in The Guardian, titled “Zoos are prisons for animals,” discussed the cruelty involved in keeping wild animals in captivity, including reports of animal abuse and early death. It added, “The argument that zoos have educational merit might have once seemed convincing, but there is less reason to see animals in captivity than ever before. David Attenborough’s Planet Earth shows you all the animals you could ask for in their natural habitat, with added drama and narrative arcs.”

Increasingly, the public is turning away from activities that involve the exploitation of animals. TripAdvisor recently stopped selling tickets to attractions that use wild animals for entertainment, its statement explaining that the decision will drive positive changes in the tourism industry. Similarly, a number of locations across the globe have banned the use of wild animals in circuses following reports of animal cruelty, in an effort to better align the field with the desires of the public.