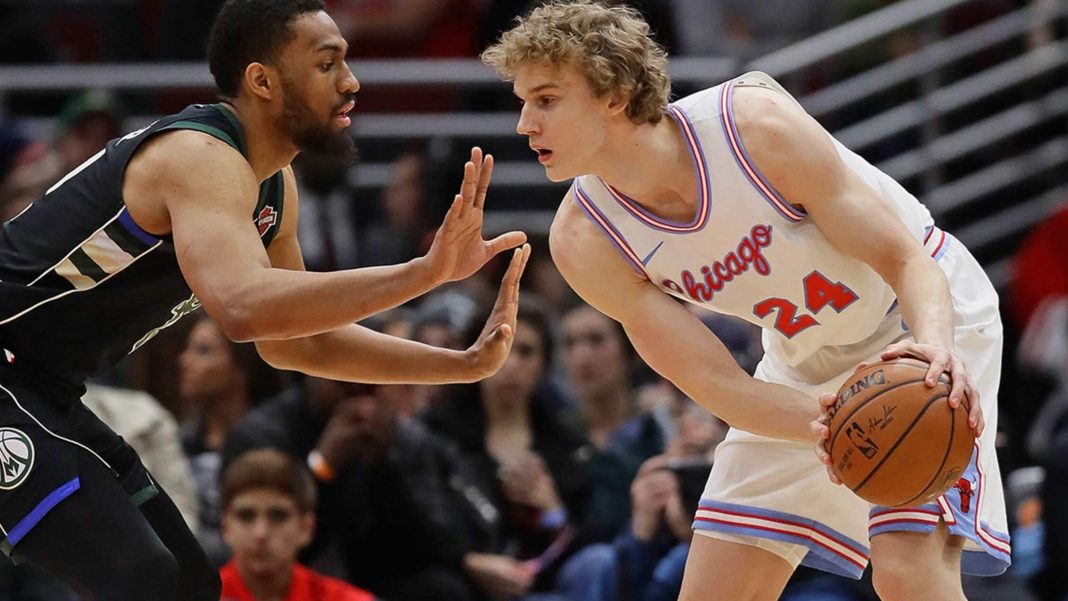 Chicago Bulls player Lauri Markkanen is ditching red meat in a bid to do his bit for the planet and help to prevent climate change.

The NBA athlete has made the pledge as part of the #DontChoke campaign, a result of his partnership with renewable energy company Neste. “As part of my first action for #DontChoke, I pledge to stop consuming red meat as a concrete step towards minimizing my personal carbon footprint,” Markkanen wrote. “Every move counts. Play your part.”

The social media campaign encourages others to follow the basketball players example and pledge to do their bit for the environment. The consequences of climate change could be catastrophic, notes Neste, with sea levels rising, coral reefs “withering,” and arctic ice melting. “Now more than ever is the time for decisive action,” the company states in a press release.

The company has also revealed the design of a new basketball – by Kickstardomis, an American artist known for designing shoes for NBA players – the surface of which is covered with a global heat map. The ball is “a graphic representation of the heat waves that have swiped over the world during the past year,” according to Neste.

As my first action for #DontChoke, I pledge to stop consuming red meat as a concrete step towards minimizing my personal carbon footprint. Every move counts, play your part ?

For Markkanen, his concern for environmental issues kicked in after becoming a father. “I see the future in a completely different way now,” he said in a statement. “In addition to playing [basketball], I now need to take care of providing a safe and clean environment for my child – just like the one I grew up in.”

Paying attention to kind of car he drives (electric), minimizing energy use, reducing consumption, and recycling are effective ways to help the planet, he notes, as is paying attention to the kind of food he eats. “Being an athlete doesn’t mean I can’t make better choices,” he said. “To minimize my carbon footprint, I’ve stopped consuming red meat, and primarily eat ecologically produced food.”

The production of red meat like lamb and beef has a huge impact on the environment. Climate scientists in the UK have revealed that consumption of these foods should be reduced by 50 percent, noting that cows and sheep produce around 23 million tons of CO2 a year.

But it’s not just red meat consumption that should be reduced or stopped to prevent dangerous levels of climate change, according to experts.

Earlier this year, in the largest ever food production analysis, Oxford University researchers discovered that eating a vegan diet is the single biggest thing a person can do to minimize their impact on the planet.

“Agriculture is a sector that spans all the multitude of environmental problems,” said Joseph Poore, the study’s lead researcher. “Really, it is animal products that are responsible for so much of this. Avoiding consumption of animal products delivers far better environmental benefits than trying to purchase sustainable meat and dairy.”