The new plant-based pie features dairy-free mozzarella, peppers, onions, BBQ jackfruit, and a tangy tomato stuffed crust. Tesco, Asda, and Iceland will stock the new pizza — which is registered with The Vegan Society’s trademark — from January 2020.

More vegan pizzas are appearing on the shelves at major supermarkets. Earlier this year, Goodfella’s launched a spicy vegan cheese pizza at Tesco. It was the second plant-based offering from the brand; the first option was cheeseless and topped with falafel.

Goodfella’s brand manager Alex Brown said earlier this year, “we knew that our next vegan extension needed to have vegan cheese on it, to ensure we were appealing to the ever-growing vegan shopper.”

More and more Brits are choosing plant-based products. According to a recent study by Leatherhead Food Research, more than two million UK consumers choose to have fully meatless days every week.

Cindy Beeren — operations director at Leatherhead Food Research — said about the findings, “people are becoming more purposeful about food choices in the home.” She added, “manufacturers and retailers are changing their offering to meet evolving demands.” 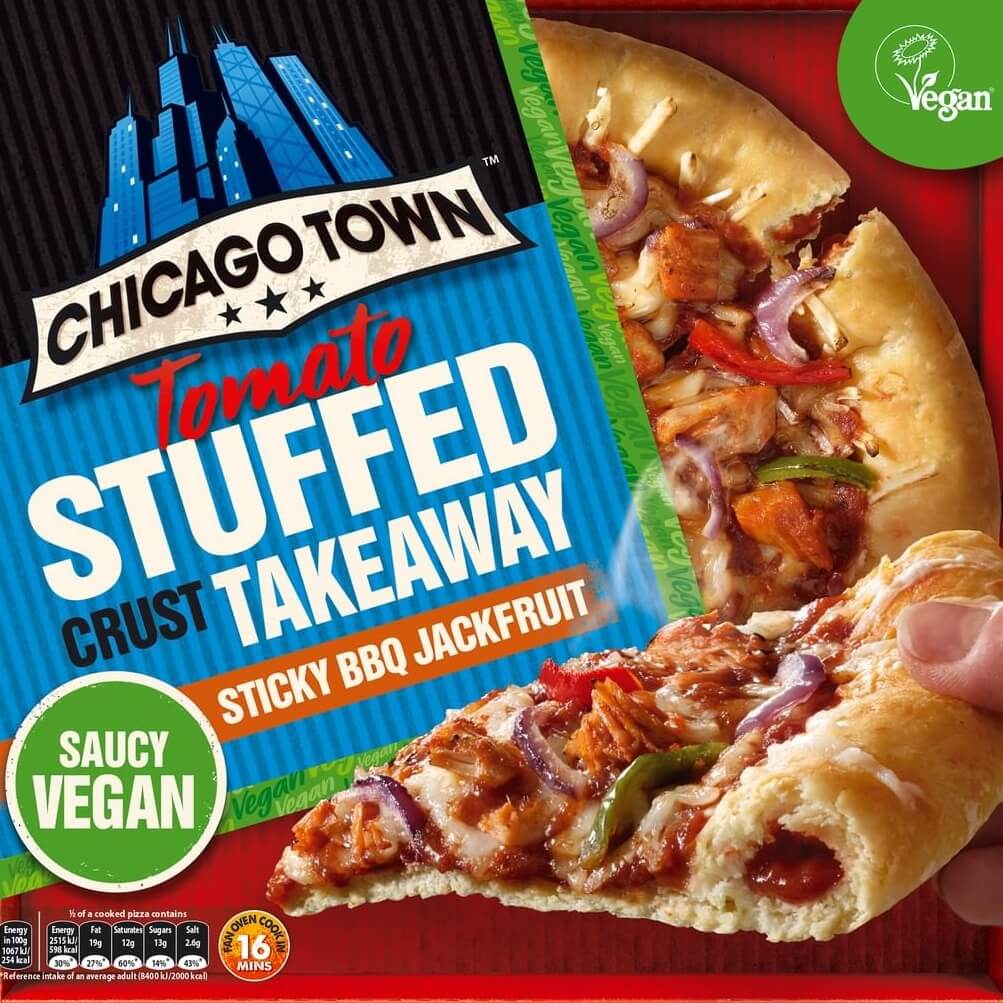 Across the UK, supermarkets are adding more and more vegan options to the shelves.

Derek Sarno — Tesco’s director of plant-based innovation — explained that new range was developed to give consumers healthier, more environmentally-friendly options. He said in a statement, “the biggest impact we can make as individuals, for our health but also that of the planet is to eat more plants.”

“At Tesco, we’re making that easier than ever by providing the widest and best range of plant-based options available on the UK high street,” he added.