The “world’s first” vegan Jewish deli has opened in Chicago. Sam & Gertie’s opened its doors more than a week ago and promptly sold out of all of its stock during its first weekend.

“Thank you to everyone for a great opening weekend,” the deli posted on its Facebook page on January 11. “The crowd today was amazing and we’ve sold out of everything. Due to this, we will be closed tomorrow. We’ll make more and be back next weekend.”

According to founder Andy Kalish, the deli is the first of its kind in the world. He told Block Club Chicago, “there are vegan delis owned by Jewish people, but they are broader deli or sandwich shops. We are the world’s first.”

The Stuarts are Kalish’s grandparents, and his food pays homage to them, but with a vegan twist. The menu includes mung bean-based Just Egg as well as vegan pastrami, corned beef, and smoked “whitefish’ish.”

“We just want to work with plants. The world is just a better place if we eat more plants,” Kalish said. 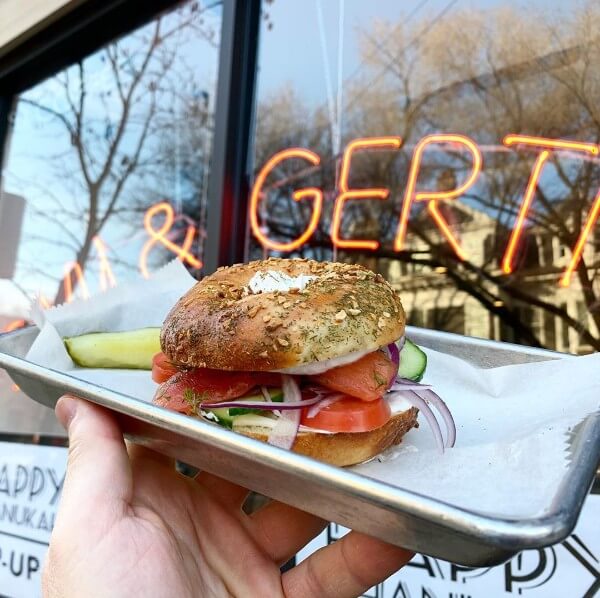 Chicago is home to a number of vegan businesses; according to veggie restaurant finder Happy Cow, it has around 325 vegan-friendly restaurants and cafes. Last year, vegan cake shop Pie, Pie My Darling opened in the city. Founder Heather Bodine-Lederman opened the bricks ‘n’ mortar store after struggling to keep up with the demand for her vegan baked goods.

“I hate having to turn away orders,” she said in a statement last year. “I’m humbled and touched that so many Chicagoans want Pie, Pie My Darling to be a part of their most special memories.”

Sam & Gertie’s is still struggling to keep up with demand. On its second weekend of trade, it sold out once again. According to the deli, it served twice as many customers as it did the previous weekend.