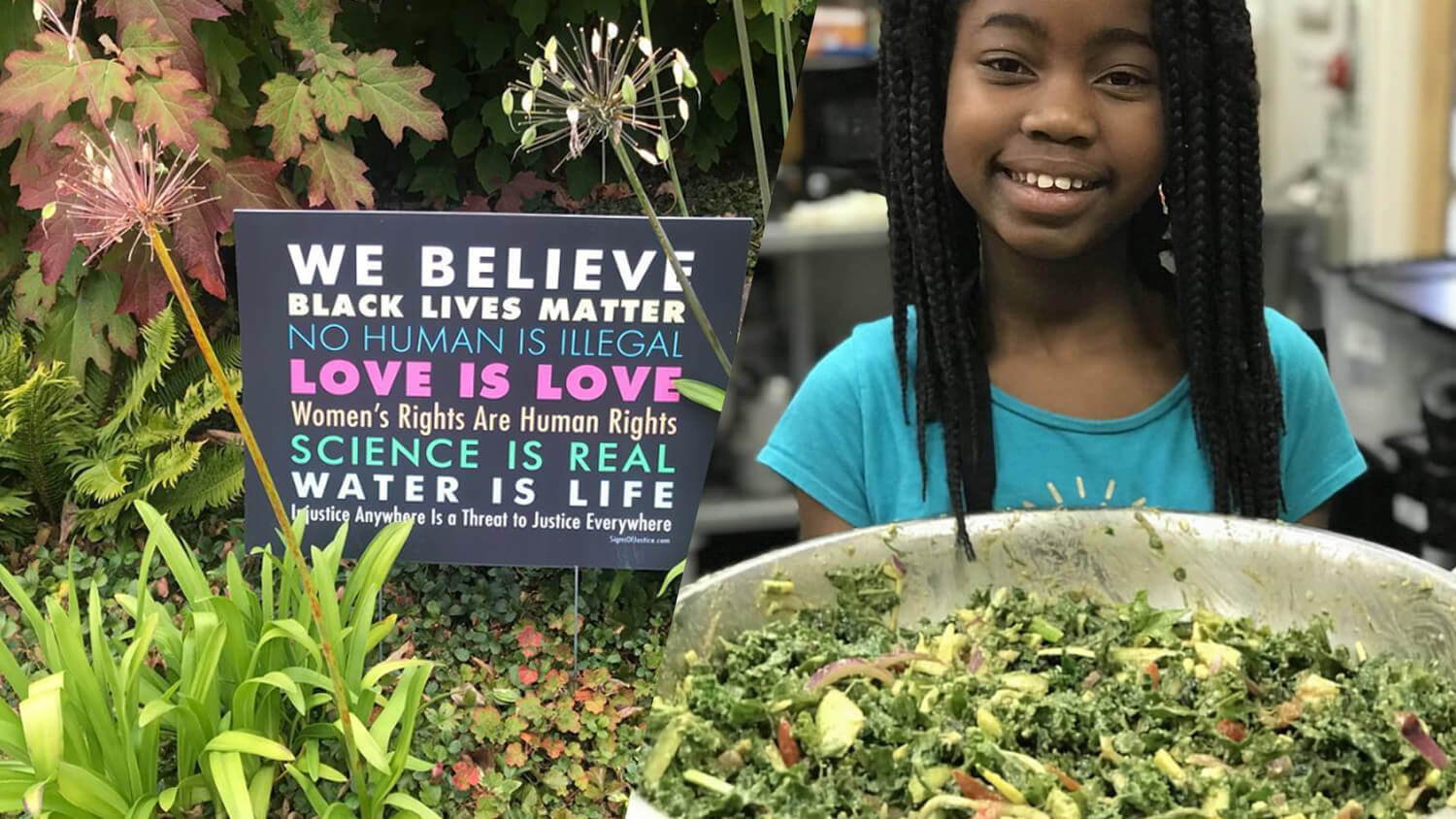 The organization partnered with Fresh Start CDC Flint, a local nonprofit that aims to enhance economic development and provides resources to communities in need, to host a Hip Hop Green Dinner at the region’s 2nd Annual VeggieFest. Hip-hop artists performed at the event, including Sa Roc, AshEL SeaSunZ, and DJ Sol Messiah, as well as young poets, activists, and musicians.

As the name suggests, Hip Hop is Green uses hip-hop to promote health and wellness to families and young members of the community. Founder Keith Tucker said in a statement, “The Hip Hop Green Dinner and Symposium is a way that hip-hop is actively responding to epidemic levels of obesity, sickness, and disease by informing and inspiring the next generation to make health and wellness most important in their lives.”

#Repost @ashelseasunz with @get_repost ・・・ In Flint Michigan with @hiphopisgreen and @patrick_w_sanders from New Jerusalem church rt now. There is still a crisis here surrounding the quality of the water. Thankfully we were able to serve our first @hiphopgreendinner here last night and add @medicalmedium ‘s #heavymetaldetoxsmoothie to the menu. It was a hit beyond my expectations.. sometimes when folks are dealing with chronic health issues the mind and the palette can open up to something new:) We’re about to go down to the river before heading to his Food Festival to rock again with @sarocthemc. #prayedup #ngoni hiphop #earthamplified @earthamplified #waterwrites #dremoto #foodismedicine #healing #hiphopisgreen

Sponsored by vegan brands such as Follow Your Heart and Field Roast, as well as the Physicians Committee for Responsible Medicine, Hip Hop is Green hosts plant-based dinners and events all over the country. It is also responsible for introducing the “10th Element” to the culture of hip-hop. In 2016, the organization hosted a ceremony where genre pioneers, elders, and legends, gathered to sign a proclamation that added health and wellness as the “10th Element” of hip-hop.

According to the organization, hip-hop has a large influence on politics, social issues, society, and culture, and because of this, it has a responsibility to its followers. However, over time, this responsibility has been ignored, and hip-hop has become “devalued and degraded.” The 10th Element, however, “reclaims hip-hop culture from its wayward commercialization that glamorizes violence, drug taking, drinking ‘lean’ and other unhealthy and destructive habits.”

According to the Hip Hop is Green website, the organization is “disrupting the negative narrative” and “using the power of hip-hop to create a healthier community to support the next generation.”