Updated 7.7.20 – In order to protect pangolins, China recently updated the official list of ingredients approved for use in Traditional Chinese Medicine to exclude their scales.

Animal protection groups have praised these decisions, which could drastically reduce trade in pangolin. The “scaly anteater” is the world’s most trafficked animal, and international law protects all eight species. Furthermore, The International Union for the Conservation of Nature lists three out of four species native to Asia as “critically endangered.”

“I am very encouraged,” said Zhou Jinfeng, secretary-general of the China Biodiversity Conservation and Green Development Foundation (CBCGDF), reported in The Guardian. Jinfeng has long campaigned for improved protection of pangolins and against the use of their scales in medicine. “Our continuous efforts for several years have not been in vain.”

Steve Blake, the chief representative of WildAid in Beijing, has also pushed for improved protection for the pangolin. “We highly applaud this announcement, made in recognition of the need to protect critically endangered pangolins,” Blake told the Guardian.

“Along with upgrading pangolins to a national level 1 protected species, these two actions are crucial to help curb illegal trade,” he continued. “This shows China’s rapidly strengthened commitment to protecting wildlife.”

The Environmental Investigation Agency (EIA) has since claimed that the 2020 pharmacopoeia fails to remove pangolin scales completely. In a release sent to LIVEKINDLY, EIA confirmed that pangolin has been removed from the section listing key TCM ingredients. However, it is still included as an ingredient in existing patent medicines such as Zaizao Wan and Awei Huapi Gao. 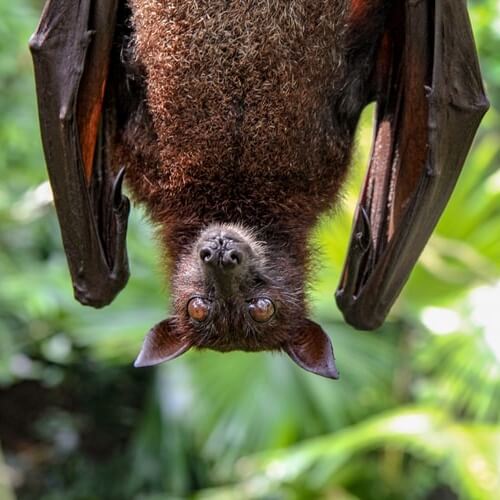 Bats and pangolins both naturally carry the Sars-CoV-2 virus.

Pangolins have received particular attention since the beginning of the coronavirus (COVID-19) outbreak. The zoonotic virus is thought to have originated in bats. However, many experts have suggested that pangolins may have been the intermediary host between bats and humans.

Early coverage of the pandemic suggested that it stemmed from a seafood market in Wuhan. In response, the government temporarily shut wet markets to try and mitigate health risks.

The World Health Organization said at the time: “All available evidence for COVID-19 suggests that SARS-CoV-2 has a zoonotic source.”

Earlier this year, the Chinese government announced a ban on the consumption of meat from wild animals. The government has since promised new legislation and strict enforcement of the ban.

Besides the use of pangolin scales, the consumption of their meat is also a factor in trafficking. Certain types of TCM have also used pangolin blood. Experts expect revisions to the country’s wildlife protection law by 2021.