Chipotle Mexican Grill customers may soon get a new vegan protein option to add to their burritos. The fast-casual Tex-Mex chain is reportedly experimenting with quinoa at its New York test kitchen as an alternative grain option to its popular lime-cilantro rice.

“The quinoa is made with red and gold quinoa tossed with a little citrus juice, cumin, and freshly chopped cilantro,” Chris Arnold, a Chipotle representative, told Business Insider. “We are recommending that added to a salad or in place of rice in another entree.” 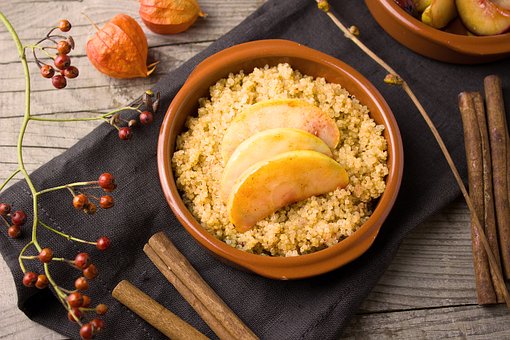 In a recent call with investors, Chipotle founder and now-former CEO Steve Ells said the company was also experimenting with “salads with different kinds of grains,” as well as “traditional things” like nachos and quesadillas, in efforts to reinvigorate its menu and popularity.

Chipotle is known for its focus on locally-grown ingredients and commitments to ethically-produced animal products on its minimalist menu — but in the wake of its recent decline in sales and popularity due in large part to a string of foodborne illnesses linked to the chain, the addition of new menu items appear to be efforts to reignite consumer interest.

Despite its recent string of foodborne illness outbreaks and concerns over remedying the issue, Chipotle recently topped a list of vegan-friendly restaurants produced by the nonprofit the Good Food Institute. Its tacos, burritos, and bowls can all be made vegan. Likewise, Taco Bell has a dedicated vegan menu and training protocol for its staff to ensure properly made vegan items, and Niccol is likely to build on that model as he takes the reigns at Chipotle.