The new menu options are Chiquito’s way of “taking it up a notch,” the food chain writes on its website. It explains that plant-based diets have a place in Mexico’s roots, with people in early Mexican civilizations eating animal-free food like fruits and beans.

Plant-powered lifestyles are becoming popular once again. Chiquito highlights that 20 percent of people in Mexico identified as vegan or vegetarian last year.

The movement is also gaining momentum in the UK, where Chiquito has around 70 restaurants. Recent research by Ceuta Group uncovered that the UK public’s interest in veganism has increased by 469 percent. 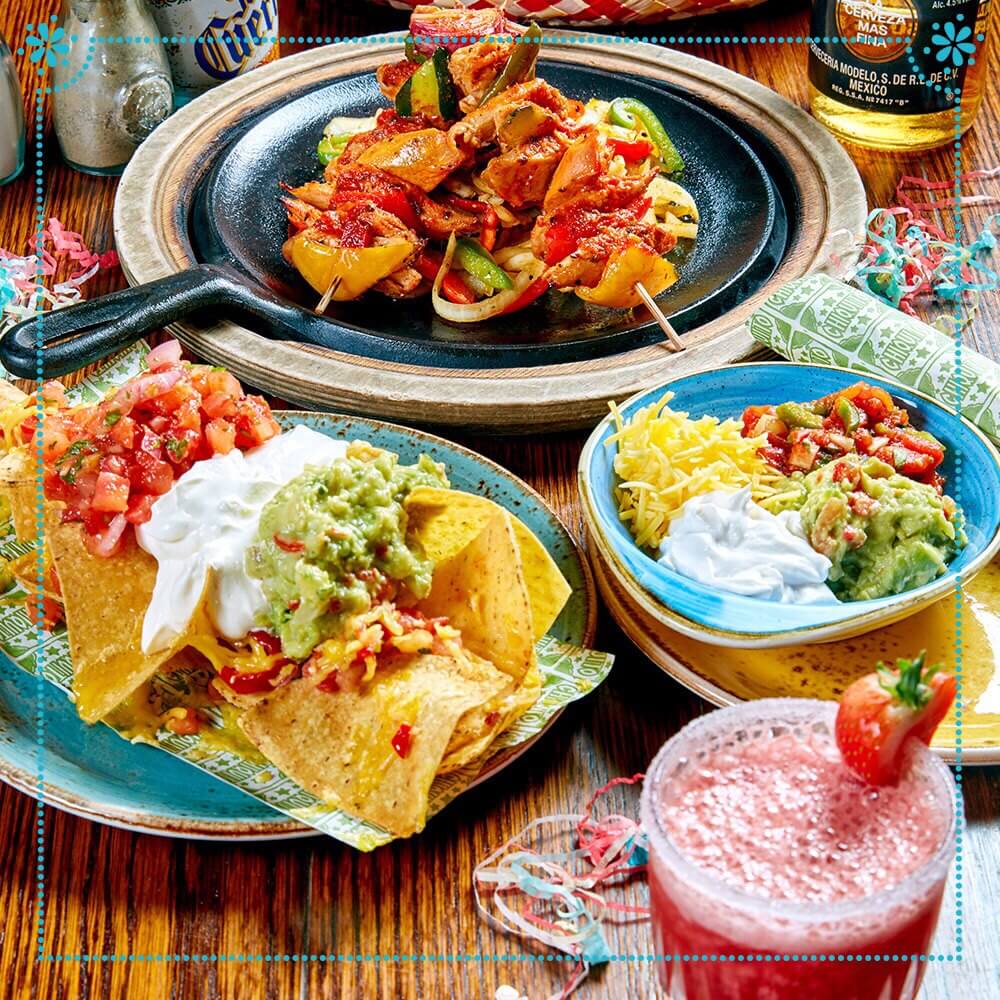 The new menu features an “exciting mix of plant-based proteins from around the world,” according to Chiquito’s Twitter.

The food chain now serves fajitas and burritos featuing vegan meat made by Oumph!. The meat, which is made with soy, is rich in protein and iron.

Chiquito now uses banana blossom to create vegan fish. The ingredient is sourced from the flower that grows at the end of banana fruit clusters. It’s soft with a light crunch and is a growingly popular ingredient for plant-based seafood. Chiquito serves it in a burger and as croquettes, along with Oatly Crème Fraiche, a dairy-free sour cream with no cholesterol and less fat than its dairy-based counterpart.

Jackfruit is also on Chiquito’s new menu, taking centerstage in vegan pork tacos. Cassava — a nutty-flavored, starchy root vegetable — is used in Chiquito’s fries, and palm hearts — a delicate, crunchy vegetable derived from the stems of the Peach Palm tree — are used in Baja Bowls.

Chiquito’s churros have long been vegan but now the Tex-Mex chain has a dairy-free chocolate sauce to dip them in. The chain assured fans on Twitter that it uses a separate vegan-only fryer to make its plant-based dishes.