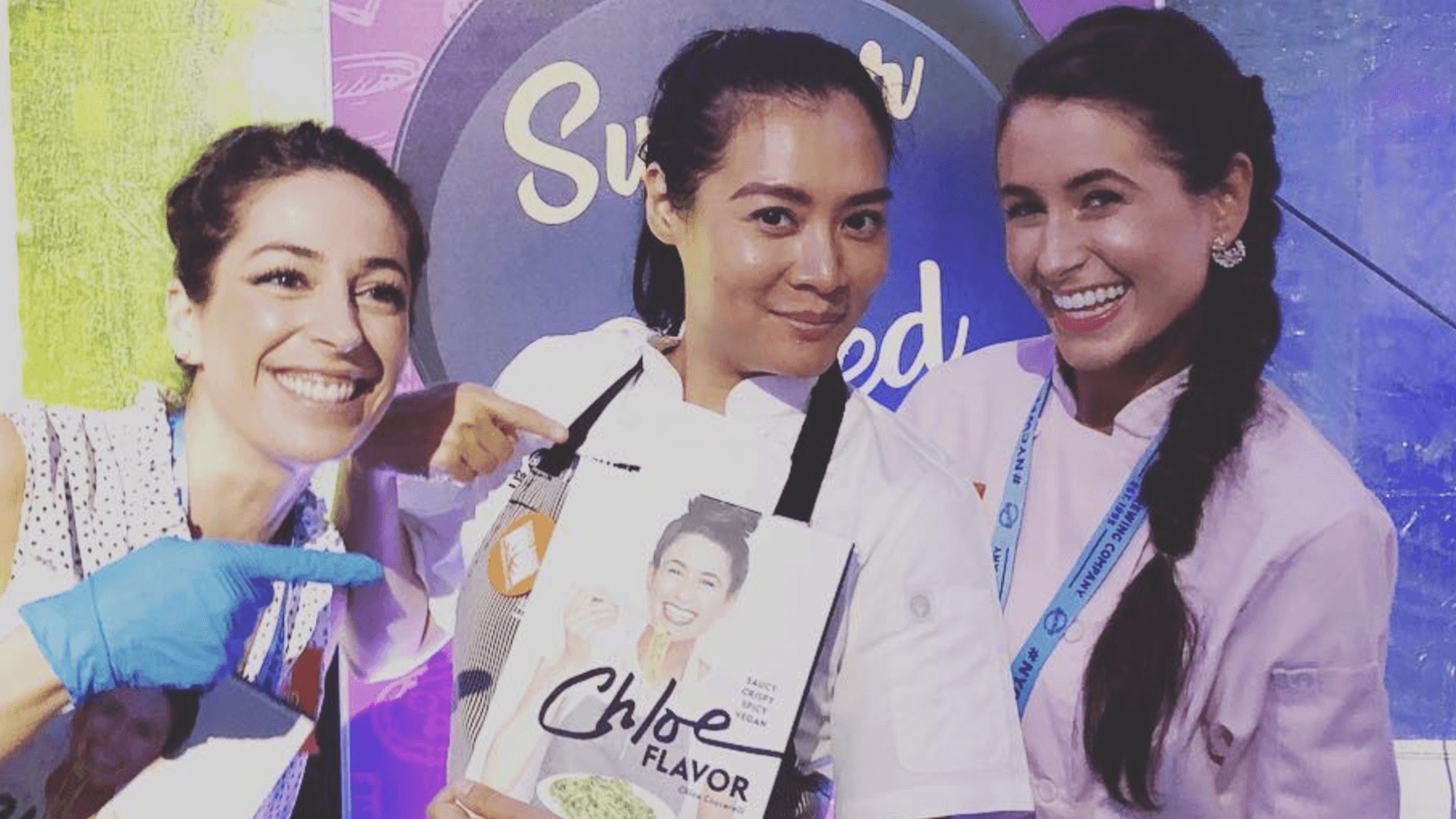 Vegan chef and entrepreneur Chloe Coscarelli is championing women in the food industry, encouraging “aspiring female chefs” to pursue their dreams and “Don’t let ANYONE hold you back,” she wrote in an Instagram post.

Coscarelli shared photos of herself with other female chefs appearing at the recent NYC Wine & Food Festival, where she said, “I stand with my sisters.” This was the first-ever event dedicated to celebrating female chefs. In the post, Coscarelli discussed her own experience with the male-dominated food industry.“People have told me that I don’t look like a chef, don’t talk like a chef, and that I’m not tough enough to ever be a chef,” she wrote.

She then spoke on behalf of her female chef counterparts, promising “we can & we will &  you’ll be sorry you ever doubted us.”

Any aspiring female chefs out there?Don’t let ANYONE hold you back. People have told me that I don’t look like a chef, don’t talk like a chef, and that I’m not tough enough to ever be a chef. But tonight I stand with my sisters at @nycwff for the first-ever event that celebrates WOMEN CHEFS. Because we can & we will & you’ll be sorry you ever doubted us…??‍???✨ #nycwff

The now-thirty-one-year-old was named one of Forbes “30 Under 30.” She’s released four best-selling cookbooks, became the first vegan champion of the reality baking competition, “Cupcake Wars,” and opened two restaurant concepts.

The independent chef took on the monumental task of catering for the New York Twitter office – the second largest Twitter location in the world – when the company welcomed Coscarelli in honor of their tribute to Women’s Appreciation Month.

Coscarelli is not alone in pioneering a female-led food industry. Memphis Meats, Silicon Valley’s cultured meat startup, is revolutionizing the food industry with a female-led workforce, while across the globe, the Ritz-Carlton, Riyadh, became one of Saudi Arabia’s first hotels to allow women in the kitchen with its new vegan culinary program.