There aren’t many things you can’t get as a vegan – plant based cheese, dairy free milk, vegan candy, meat-free meats – you name it, there’s an animal friendly version for everything. That is with the exception of the perfect hard boiled egg.

Whilst an alternative to scrambled eggs can easily be mimicked with tofu and balanced seasoning, and you can do the same with egg-mayo sandwich filling, the same can’t be said for the boiled variety.

Now though, students of University of Udine, Italy, have developed a recipe with both the appearance and texture of a genuine hen-layed egg and — it’s created entirely from vegan ingredients!

According to Food Navigator, “the vegan egg comes in the form of a ready-to-eat product. It is made from a combination of flours from various legumes, vegetable oils, a gelling agent and a vegan salt”.

The vegan egg has been created following over a year of research by the university’s department of agro-food, environment and science, but is now said to be at a stage where “optimum formulation in terms of consistency and taste” have been achieved.

Udine is not the only school to be encouraging its students to innovate plant based foods. Just recently we heard that UC Berkeley have introduced  a food-tech laboratory focused on the development of plant based meats.   But what problems does a vegan egg solve? Why not just eat normal eggs?

Interestingly the USDA doesn’t allow egg companies to promote eggs under the guise of being “healthy” or “nutritious” due to the high amounts of cholesterol and saturated fat they contain. 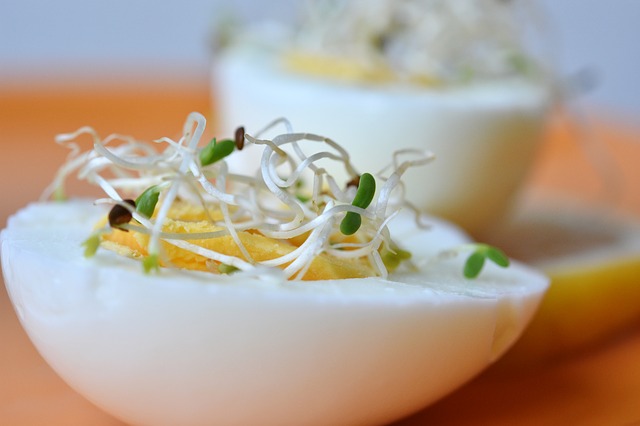 High cholesterol levels are strongly linked to heart disease and risk or premature death but can simply be avoided by eating a whole foods plant based (vegan) diet.   The vegan egg, however, is free from cholesterol, making it the perfect substitute for anyone wanting to improve their health or move towards a plant based diet.

For the university, plans to present the product to investors potentially interested in acquiring the patent-protected process is expected in just weeks.