“Dominion,” the new vegan documentary written, produced, and directed by Chris Delforce, is selling out screenings around the globe. For nearly two hours, viewers endure the most disturbing footage of animals being treated in the most unimaginable ways. There are few scenes that aren’t brutally gut-wrenching, save for the opening credits. The only respite, once the film is underway, is the momentary pause offered by the black screen segment breaks. They’re the film’s only gasps of oxygen in the otherwise suffocating horror of animal abuse.

The film, narrated by an all-star cast including Joaquin Phoenix, Rooney Mara, Sadie Sink, Kat Von D, and Sia, is a follow-up to Delforce’s 2014 “Lucent”, which exposed the Australian pig industry. “Dominion” takes a deeper dive into animal industries — all also in Australia but stereotypical of treatment of animals anywhere in the world where they’re raised for food, fashion, entertainment or experiments.

Delforce is a skillful master here; exposing rampant cruelty on factory farms, the horrific conditions he weaves together compel the viewer to outrage and a near-frantic level of wanting to make it stop. He dives just as powerfully into the horrendous cruelty of the fur industry, puppy mills, animal experiments, the abuses at marine mammal parks, the culling of wild camels. None of it is good news. The film offers no solutions; instead, it bears witness, offering these animals who suffered for their entire lives before being murdered solely for human gain, a chance to be mourned and grieved by those of us unable to stop it. Vegan or not, it’s impossible to watch this film without being moved to tears. Terror is an understatement. 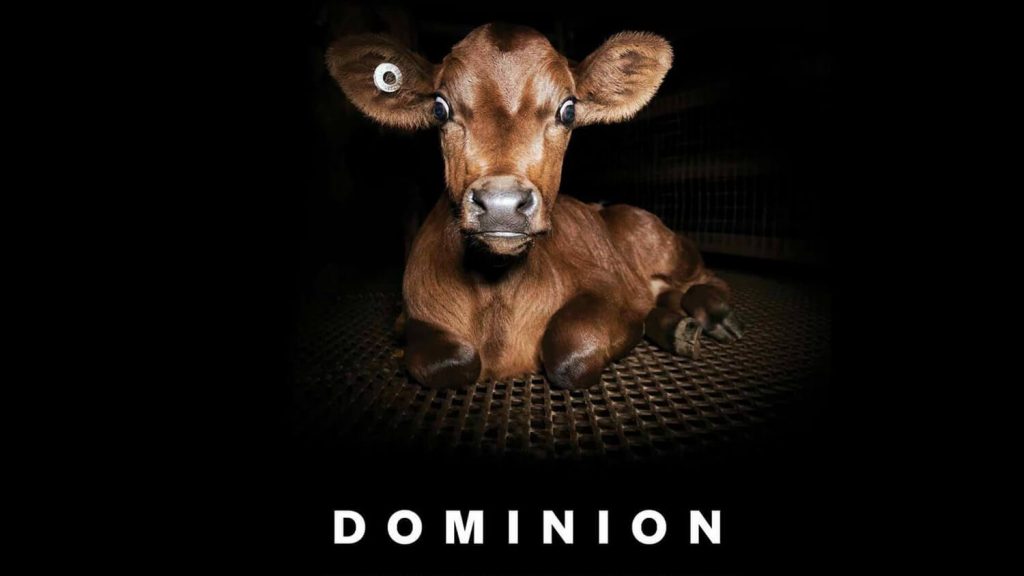 Delforce went vegetarian at age 11 after realizing that animals probably don’t want to be eaten.

“It was a long time before I started looking into the deeper philosophy behind it, but even then I remained unaware of the inherent cruelty of the egg and dairy industries,” he told LIVEKINDLY via email. “I started a short-lived ‘youth vegetarian association’ at my university, and through that became friends with some vegans in the local Animal Liberation chapter. As soon as I learned about the killing of male chicks and calves, I went vegan and realised that there was so much I didn’t know about.”

The future filmmaker watched and was inspired by Shaun Monson’s 2005 documentary “Earthlings,” which “Dominion” has been compared to. The Aussie native said that when he would share the film with friends though, they’d insist Australia treated its animals better, so he says he started going to farms and slaughterhouses “to educate myself and to gather evidence to show that things were just as bad [in Australia],” he says. “For a few years I – and the small team I was working with – were focusing mainly on pig farms, which led to my first film ‘Lucent’ in 2014. I knew there was a need for a film of a much wider scope though, showing how other species are made to suffer for human ends, and questioning whether we have the moral right to use others as we please simply because we view them as inferior to ourselves.”

He says while “Earthlings” is still as relevant as ever, it seemed time to update the story using the latest in high-def and 4K footage so people would be less likely to dismiss the reality when seeing it in high definition.

“Industries that exploit and abuse animals rely on secrecy because no good person would support them if they knew the truth,” says Delforce. “I don’t believe that a business based on deception and suffering has any right to exist, so this film is about forcing transparency on them, and giving consumers the right to see for themselves what they’re supporting whenever they purchase meat, dairy and eggs, or wear animal skins or furs, or partake in events where animals are used for entertainment.”

He says that by giving them that information, “information that has been intentionally and maliciously withheld from them for so long,” he’s empowering them to make more informed decisions.

“I want to see a world where businesses can no longer get away with ridiculous marketing slogans like ‘humane slaughter’, ‘high welfare’ or ‘free range.'”

Some of what Delforce uncovered during the film even shocked him, something he wasn’t sure could happen after years of being immersed in undercover footage. “The gas chambers used in pig slaughterhouses has to be one of the most horrific things we’ve uncovered,” he says. “It’s just such a brutal, merciless system that surely ought to have no place in modern society, and yet, it was called ‘humane’ for so long.” Controlled atmosphere killing, which is widely regarded as a more humane method of slaughter and endorsed by a number of animal rights organizations, is often promoted as a method that puts the pigs to sleep rather peacefully.

“This might be true of much lower concentrations of gas, but then it’d take a lot longer to render them unconscious when the purpose of these chambers is to get through large numbers as quickly as possible in order to meet demand and maximise profitability,” Delforce says. “Gas chambers are also used for unwanted chicks in the egg and broiler industries as an alternative to macerators, and again it’s devastating to watch as they thrash and gasp for several minutes until they finally die.”

“Dominion” also dives deep into fish farming, a subject not covered much in previous animal rights films like “Earthlings.” The film also exposes feedlots used to capture wild goats, and the culling of hundreds of thousands of camels introduced to Australia in the 19th century. Several hundred thousand have been killed, but a growing number are being exploited for their milk or meat.

Still, despite the horrors in “Dominion,” Delforce is hopeful. “I’ve always believed in the inherent goodness of humans – and while we’ve clearly become very corrupted, with selfishness encouraged and celebrated, I do still have hope for a better world,” he says.

And he says that the audiences are coming out of the film screenings feeling more empowered and ready to take action, “people have been motivated to do more, their fire ignited for the first time or reignited for those activists who had grown weary.”

The booming vegan movement is a testament, he says, pointing to the radical shift in just the last few years, “it’s never been easier or more socially accepted to be a vegan,” he says.

“The walls are starting to crumble and films like ‘Dominion’ serve to catalyse this.”