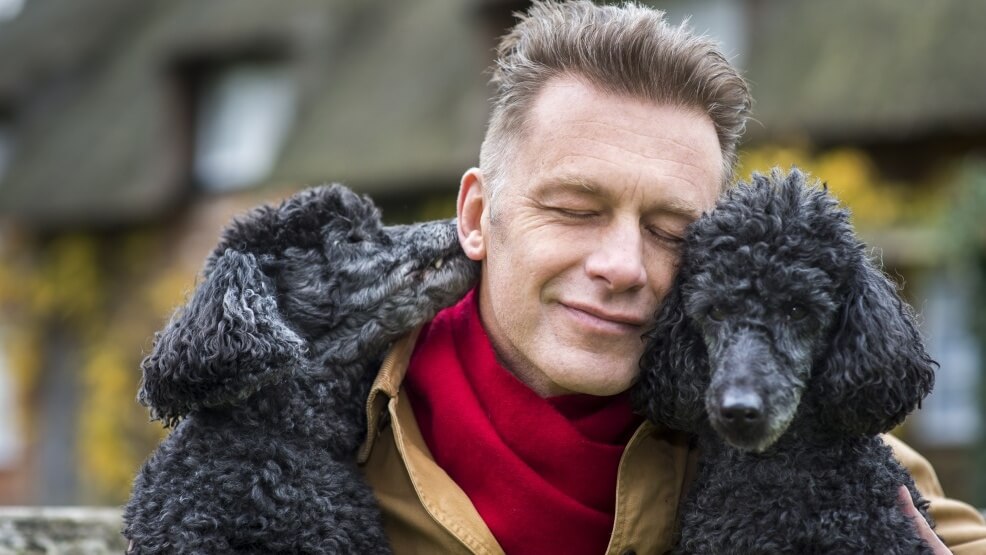 BBC naturalist Chris Packham hasn’t eaten meat in 30 years. But it was 31 days without animal products that finally turned him vegan.

“We know the world is eating too much meat, and we know that we as individuals have to do something about it,” he wrote in the Guardian. “So I was one of the record 250,000 people who signed up to Veganuary this year.”

The television host said over the last few years he’s been shifting his diet away from dairy.

“Two years ago, I visited a modern British dairy farm where the cows were kept in very clean conditions, indoors, all year round. I hated it. So I switched to oat milk, and last year gave up eating cheese.”

Packham has used his platform to speak out for honest labeling on food made with animal ingredients. He’s spoken out about the dire consequences livestock production is having on our planet and how farmers can play a big role in shifting things for the better.

“Will our changing diets put farmers out of business?” he asks. “The downside of my Veganuary was that I received a vicious backlash on social media from some meat producers. Several farmers made good critical points about me eating processed vegan food that has been flown around the world. I bought vegan food wrapped in plastic. Some vegan food is industrially farmed. Some vegan food contains palm oil. If we want to eat ethically, it takes a lot of research.”

Packham says eating is a complex issue — a point the world’s food experts and scientists would all agree on. But, he says, “we’ve got to help farmers move towards higher animal welfare and environmental standards.” Our global food system won’t go vegan overnight — that would be a disastrous move. But shifting consumer perceptions, evolving tastes and preferences, and shining a light on the all-too-often hidden realities about animal production, is now more critical than ever.

And it seems to be happening, whether we like it a lot.

“I’ve learned a lot over the last month,” he writes. “Years ago, I was accidentally given a vegan meal on an aircraft and it was terrible. But I’ve found it a complete untruth that vegan food is tasteless.”

And Packham encountered another truth during his first month as a vegan: It’s really, really popular right now.

“I repeatedly tried to buy a Greggs vegan sausage roll and failed every time. While I was working in Bristol, I rang six branches of Greggs and all of them had sold out,” he wrote. “There’s a huge appetite for vegan food, and restaurants and pubs are getting the message. I was surprised by how many are suddenly offering vegan menus – in Veganuary, at least. Chasing the vegan pound is increasingly smart business.”