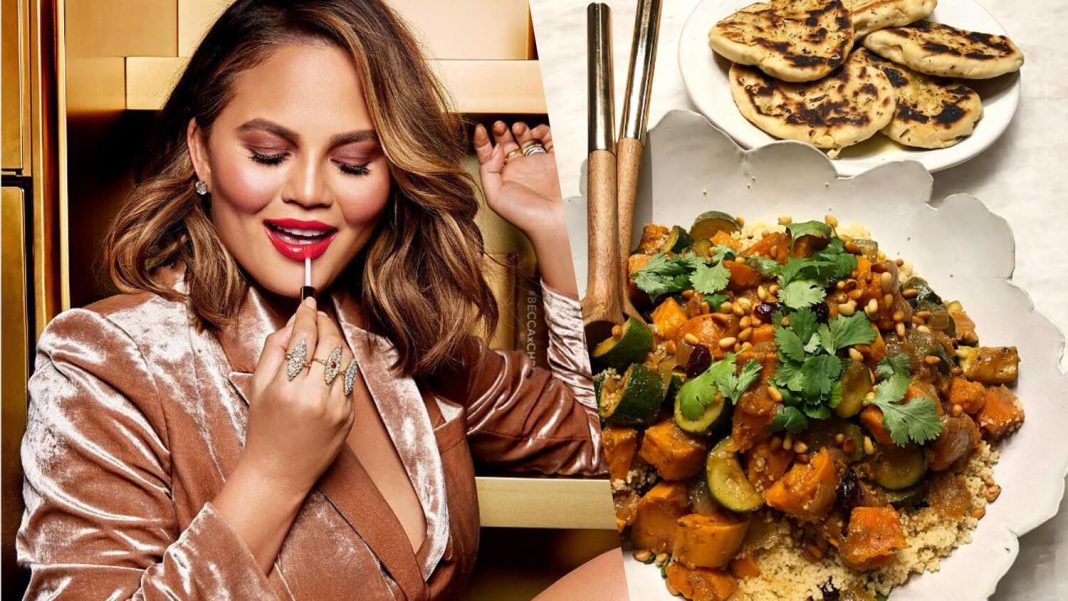 American supermodel, presenter, and cookbook author Chrissy Teigen has shared some of her most popular recipes from the year on her Instagram account, including her vegan Veggie Couscous with Spicy Pine Nuts.

According to the colorful commentator co-host of “Lip Sync Battle”, the dish was inspired by her love for Marrakesh, Morocco, which she has visited with her husband, singer John Legend, several times. “It’s a beautiful city with so much history, gorgeous architecture and design, and the food — ahh, the food! So good!” she writes in her most recent cookbook “Cravings: Hungry For More.”

Not only is the vegan-friendly book a New York Times bestseller, but it also managed to top the charts on Amazon before it was even released.

The couscous recipe includes zucchini, sweet potatoes, and cranberries and although it can be paired with a number of other dishes, it’s also a meal in its own right. “Fluffy couscous [is] tiny, tiny, specks of pasta that is kind of like how rice is for us Asians,” Teigen writes. “I love it with [other dishes], but I also love a simple veggie couscous. It may seem so basic and boring, but you know the chef is high quality if they do it right. Do your couscous right!”

dinner from #cravingscookbook #hungryformore tonight! made my veggie couscous with spicy pine nuts! Zucchini, sweet potatoes, cranberries and a trip to flavor country. AND – IT’S VEGAN! Paired it with my buttery herbed skillet bread (not vegan) oh and the serving spoons are MINEEEEE avail at target!!

YouTuber Rachel Resnick, co-founder of the channel Ladle by Ladle, recently veganized some of Teigen’s recipes. Teigen herself spotted the video and was so taken with the idea that she Tweeted it to her millions of followers. “Vegan Teigen!!” she wrote. “Or is it now Vigh-gen Teigen? Either way, go vegan queen! Such a cool idea!”

This isn’t the first time the supermodel has shown interest in plant-based food. Back in April, she visited Jean-Georges’ ABCV, a veggie-focused restaurant in New York City, and was so impressed by the food she considered cutting meat from her diet. “ABCV might make me go veg,” she posted on Twitter. “I just had such an incredible feast…All vegetarian, every single dish so flavorful and unique and absolutely bonkers delicious.” 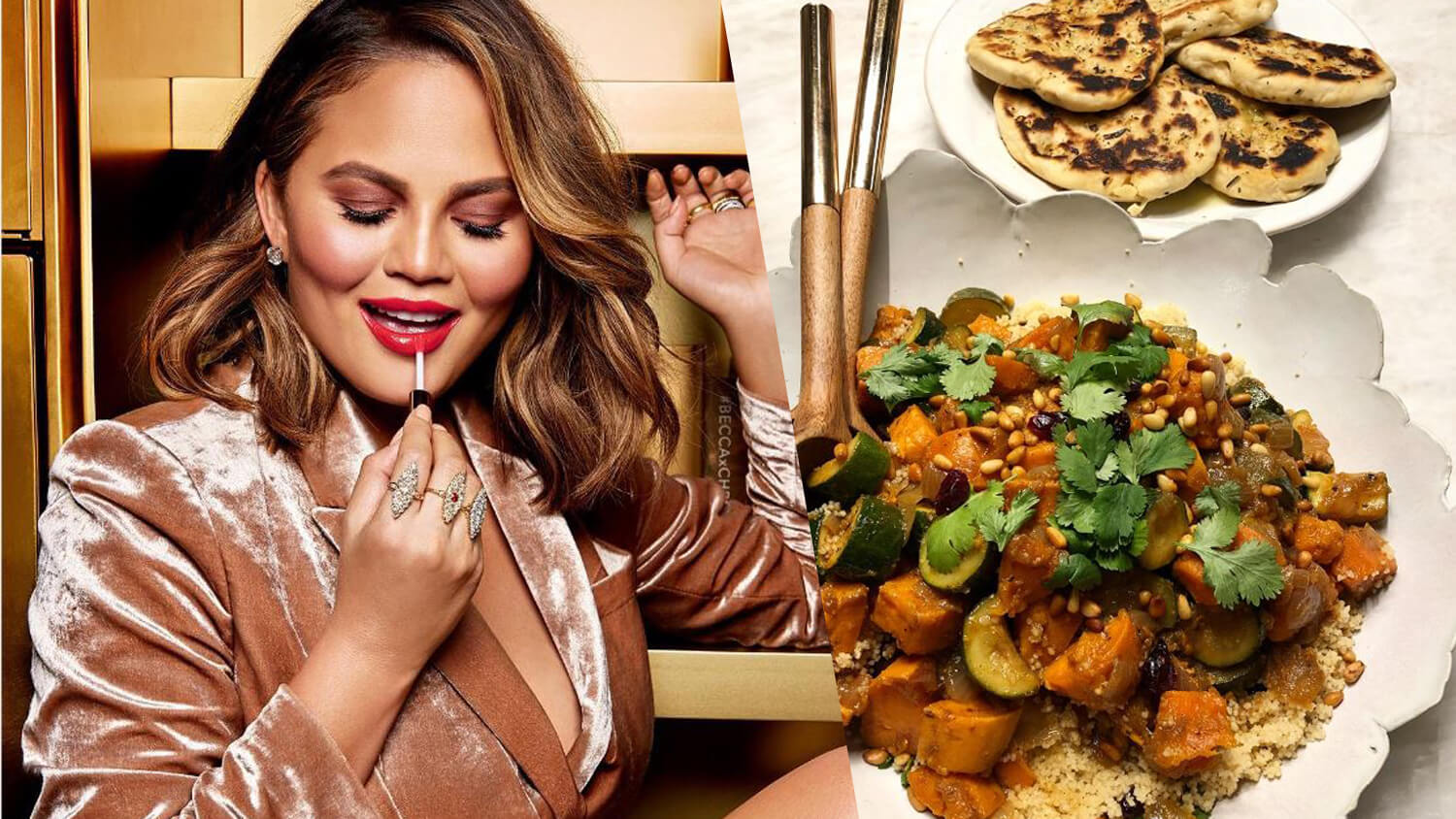 Article Name
Chrissy Teigen’s Vegan Couscous Was One of the Most Popular Recipes of the Year on Instagram
Description
Chrissy Teigen has shared some of her most popular recipes from the year on her Instagram account, including her vegan Veggie Couscous with Spicy Pine Nuts.
Author
Charlotte Pointing
Publisher Name
LIVEKINDLY
Publisher Logo