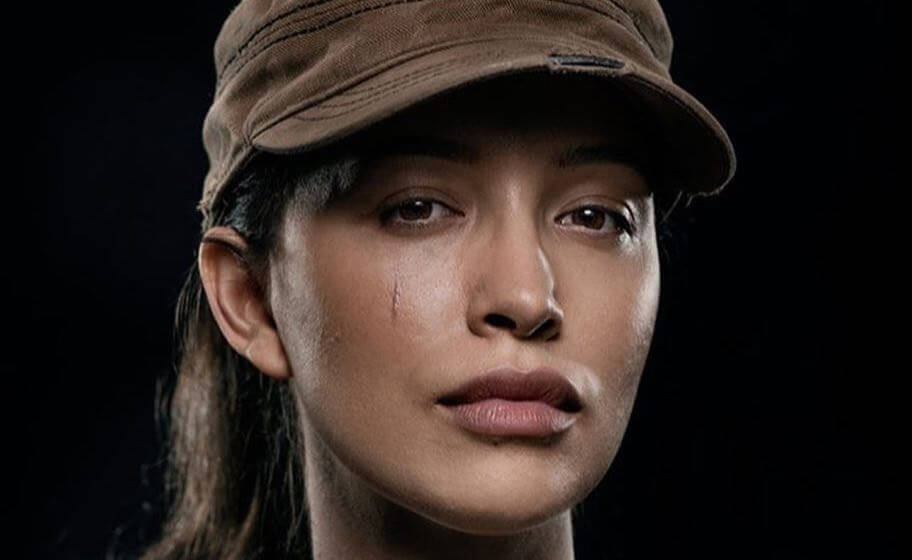 The latest season of The Walking Dead is back on our screens and people can’t wait to get back into the plot that left viewers with a few surprises in Season 7. The post-apocalyptic American TV series takes viewers through a world overrun by zombies. Now in its 8th season, having started in 2010, the drama is popular among horror lovers.

While we all might be familiar with the characters, what about the cast? Christian Serratos who has been on the show since 2004 depicts Rosita Espinosa in the series but in the world without zombies, she is an animal rights activist.

While the horrors of zombies may be imaginary, Serratos appears to believe the horrors of farming practices may not be. The actress has most notably posed naked for PETA in their anti-fur campaign with the slogan ‘I’d rather go naked than wear fur.’ Serratos also has ties with the Humane Society and was seen attending their 60th Anniversary in 2014.

Serratos is no stranger to the world of the undead, having appeared in the Twilight series as Angela Weber, high school friend of protagonist Bella Swan (Kristen Stewart) and, just like her vampire friends in Twilight, Serratos is a vegetarian.

Strong in her views, Serratos has been documented saying, ‘Your body shouldn’t be a graveyard. Factory farms are hell for animals, and their death is slow and painful. Help animals by not eating them.’

Serratos is doing a pretty good job of showing us all how to survive a zombie apocalypse, but if you’re worried about being vegan in a post-apocalyptic world here are a few tips and tricks to ensure your survival.