Working with northern Italian company Frumat, the brand has created a range of vegan shoes using apple leather. The material uses the cores and skins of apples discarded from industrial processes and combines them with Polyurethane to create vegan leather.

According to the website, Womsh aimed to create a line that “respects both the highest aesthetic standards and eco-sustainability.” The website also states that the shoes are “ecological, insulating whilst guaranteeing a high level of breathability, and are waterproof.”

The shoes aren’t just made from vegan leather — they can also be “recycled and reused to make anti-slip and anti-fall flooring for playgrounds.” Owners can email the company or return worn out shoes to their nearest store to receive a 10€ discount voucher.

Frumat received the Technology and Innovation Award at the Green Carpet Fashion Awards in Milan last year. The company impressed judges with its plant-based leather of “such quality and appeal that it can displace animal leather.” 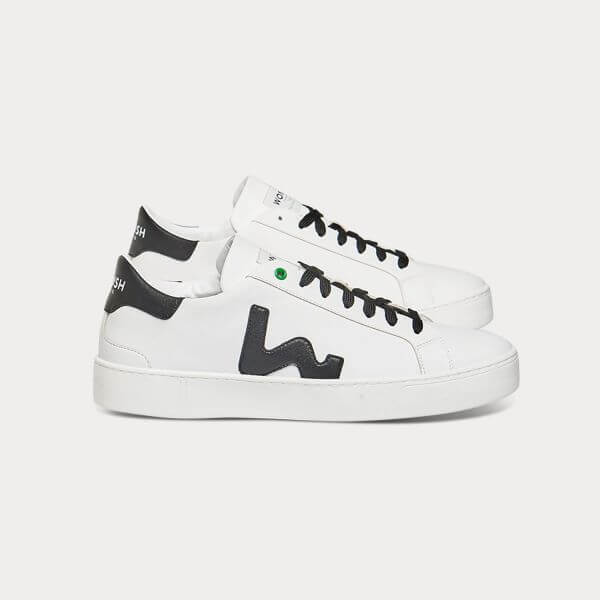 Apples aren’t the only fruit being used to create alternatives to animal leather. A number of companies have recently announced clothing and shoes made from pineapple leather.

High-street fashion retailer H&M recently announced it would include clothing made from Piñatex vegan leather in its Conscious collection. The options include a vegan leather jacket featuring animal print and silver pineapple leather details. There are also matching boots and a bag to complete the look.

Smaller brands such as Denmark based Nature Footwear also use the material. It announced its vegan line on its Instagram, saying, “The wait is over. Our vegan collection made from pineapple leaf fibers is here. [One hundred percent] natural, sustainable, and cruelty-free.”

Though many people argue animal leather is environmentally-friendly as it is a “natural product”, the production of leather goods is actually harmful in many ways.

Sustainable fashion queen Stella McCartney spoke out about the issue in an interview with Vogue Magazine.

“An animal decomposes when it’s natural, but after all the chemical treatments [applied] to a leather handbag, it isn’t going to decompose in your wardrobe,” she said.

Womsh, which stands for Word Of Mouth Shoes, currently advises a shipping time of five working days for other EU countries and seven for non-EU countries.