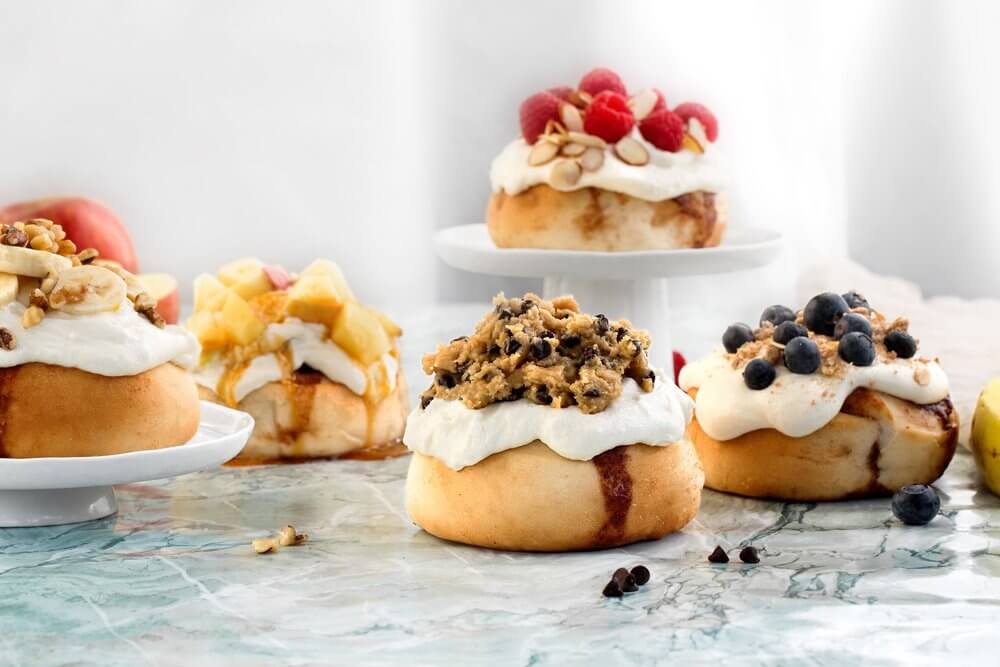 Cinnaholic is a California-based fully vegan bakery that makes gourmet cinnamon rolls. These baked goodies are even customisable and the first of their kind, offering fresh, convenience where customers can walk in, choose custom flavors and toppings then walk out with an almost too-pretty-to-eat dessert in hand (almost).

This franchise could be described as the sweet haven of vegan cinnamon rolls – Cinnaholic is now set to open the doors of 70 new stores across Canada, after securing a master franchise deal with a Canadian-based company. Co-owner Shannon Radke told VN, “I am so excited to see our vegan cinnamon roll concept expand to Canada!”

Cinnaholic proudly states on their website, “[w]e’re not your typical cinnamon roll shop. In addition to being 100% vegan, we offer more than just your average ‘Old Fashioned’ roll. We have a variety of different flavors that are waiting to be explored, all made with the highest quality ingredients to tickle your taste buds.” 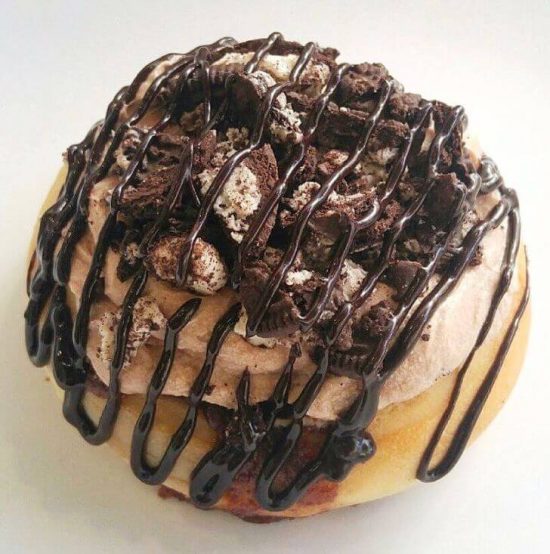 The first new location is said to open during the first month of 2018, in Edmonton. Toronto, Regina and Winnipeg locations will open soon after.

Before being featured on ABC’s reality investment show, Shark Tank – Cinnaholic’s first store opened in 2009, located in Berkeley and now boasts ownership of 13 other Cinnaholic stores across America, including stores in significantly non-vegan states – Texas, Nevada, Utah and Georgia.

On this franchise’s menu, customers can pick out an indulgent cinnamon roll (or multiple) with ample choice of 30 frosting flavors and over 20 toppings. Flavours options include caramel, cake batter, cream cheese and toppings can include cookie dough, Oreos, pretzel, marshmallows, and chocolate-coated strawberries. 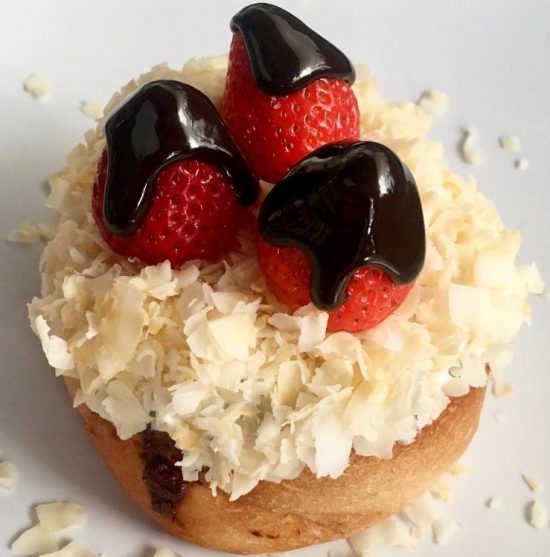 The best part – everything is vegan-friendly, therefore dairy & lactose-free, egg-free and cholesterol-free. These cinnamon rolls are guilt-free indulgence! The company believes that “every one of us has the power to make a positive change in this world for the animals, the planet and the people. We start by serving delicious vegan cinnamon rolls.”

Vegan food sales have risen 8.1% in the last year, and it seems Cinnaholic may already have a piece of the pie. Radke aptly adds “Cinnaholic has experienced a massive growth over the past few years, and expanding into new territories shows that vegan companies are getting more and more traction. There’s no denying veganism is on the rise!”

Considering that Cinnaholic sold a staggering 300,000 cinnamon rolls in their U.S locations last year – the combination of increased demand for vegan food and the opening of these 70 new stores, Shannon Radke’s goal of doubling the number of Cinnaholic sales by the end of this is quite foreseeable.