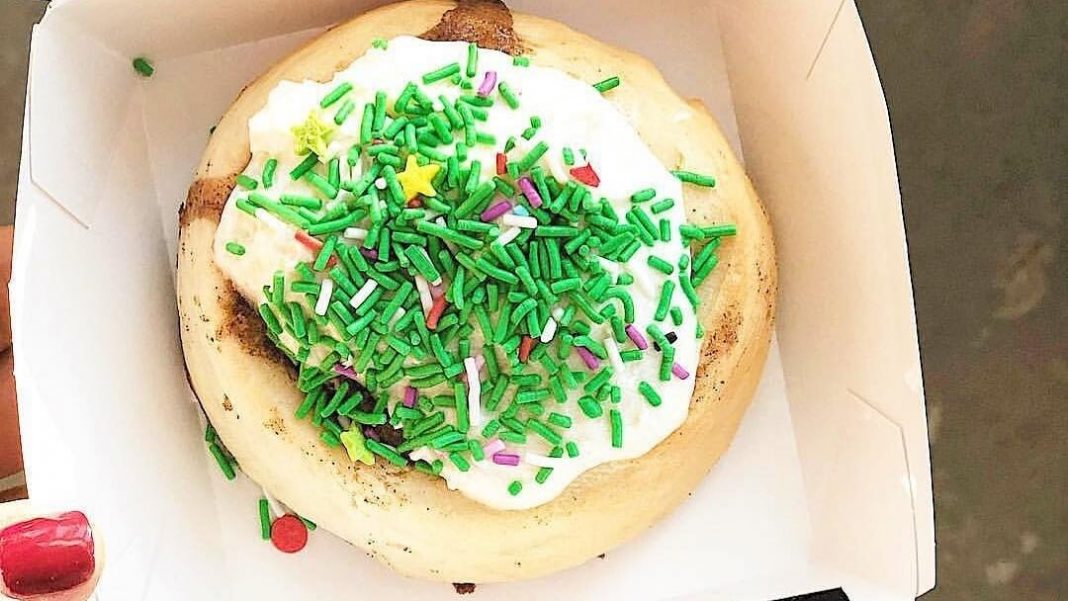 Vegan cinnamon bun chain Cinnaholic, which has locations in Canada and the U.S., is getting into the holiday spirit with its new seasonal menu options; it has even launched festive Christmas tree-shaped buns.

The tree-shaped buns are topped with vegan cookie dough ice cream, vanilla frosting, and sprinkles and are available in select locations across the U.S. Other festive options include the holiday wreath cake, which must be pre-ordered over the phone, and the Hot Cocoa Dream Roll, which includes Cinnadoodle Cookie Bites and vegan marshmallows. Nutcracker rolls are also available, topped with gingerbread frosting, strawberries, pecans, and coconut.

The launch of the chain’s new festive offerings follows on from its success over the past year. In the spring, it announced it was set to open 136 brand new locations in North America, doubling its presence in the continent and increasing its franchise footprint by 80 percent.

“To say we’re ‘on a roll’ is an understatement,” co-founder of the chain Florian Radke said in May. “This has been an incredible growth-year for us.”

The secret to this rate of growth, according to Radke, is its “great tasting” products. As demonstrated by its new festive options, since its launch in 2010, the chain has consistently launched creative new options for its customers.

But it’s not just about tasting good, noted Radke. The chain’s successful year is also due to people wanting to indulge in products that are ethical and environmentally friendly.

Cinnaholic’s buns are all 100 percent plant-based and cholesterol-free. Both co-founders – Radke and his wife Shannon – believe that eating plant-based is best for the planet, our health, and for the animals.

“Our customers seek out Cinnaholic because of our dedication to ethically and humanely sourced ingredients,” Radke stated. “The trust we’ve built with consumers along with our monumental growth in the first part of this year, allows us to focus growing our franchise opportunity in new markets.”

Lindt Is Launching Vegan Milk Chocolate in Germany This Christmas