It’s not made of aquafaba or flax seeds; the company has developed a method of creating lab-cultured egg whites, similar to the process of clean meat.

Clara Foods CEO Arturo Elizondo was motivated by the current state of animal agriculture, in particular, the raising of chickens for food. He said that approximately one trillion eggs are consumed each year, which implies obvious global demand. However, the world’s craving for eggs is “incredibly unsustainable,” according to Elizondo. He was also disturbed by the poor conditions within the industry, stating, “There are more chickens in the U.S. than people, each confined to the area of a piece of paper and never seeing daylight.”

The company has already produced a lab-cultured egg white, and now the challenge is scaling it for the mass market. To create the egg, scientists apply modern engineering and fermentation processes to a collection of yeast and sugar, finishing with the addition of plant-based protein. The result is an animal-free egg white that uses far less natural resources but contains all the same characteristics as a chicken-based egg.

As of April 2019, the company completed Series B funding round for an undisclosed amount. “It’s almost impossible to replace eggs. There are some great plant-based products out there, but they don’t have the same nutrition and functionality as the real thing,” Elizondo told FoodNavigator-USA. 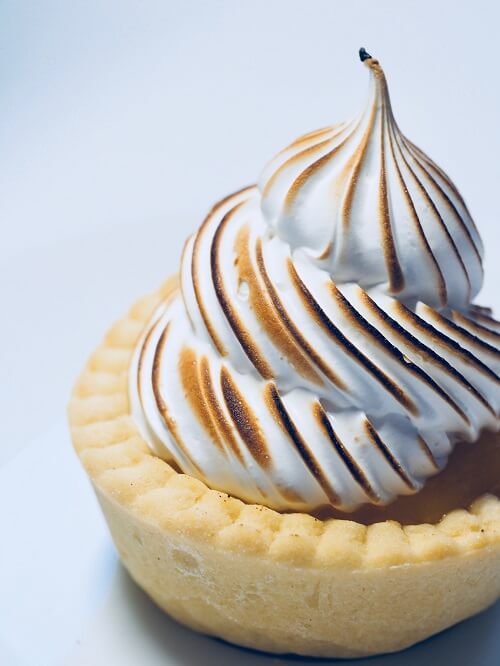 Beyond eggs, Clara Foods is also developing more sustainable baking products, food and beverage ingredients, and nutritional supplements using its unique sugar and yeast engineering processes. The website reads, “Have your cake, and eat it, too. The most powerful ingredients just got a whole lot greener and cleaner.”

While waiting for these egg whites to reach the supermarket shelves, bakers and home cooks can rely on aquafaba, or chickpea brine, as a vegan egg white replacer. When whipped consistently for several minutes, the brine that is so often discarded turns into fluffy peaks that can be utilized in a variety of cooking and baking applications.

From delicate meringues to moist fluffy cakes, aquafaba has revolutionized the baking industry. Clara Foods’ new vegan egg white is set to improve upon this homemade hack, making its public debut within the next few years.

The new product is expected to debut by 2020.