Mosa Meat is an upcoming meat-alternative aiming to “disrupt” the $1 trillion meat market, as reported by Food Navigator. The brand is part of the revolution of greener, cleaner eating, “driven by desire to solve a problem – meat production getting out of hand”.

Currently, animal agriculture contributes more to global warming than all of the world’s transport combined. As the world’s population and food demand continue to increase, Mosa Meat explains that “Traditional meat production will not be able to cope with that level of demand without grave consequences.”

However, the innovative brand has a solution, and it could be on the market in just 1-2 years. Unlike other meat-alternatives, Mosa Meat is targeting high-end restaurants, something chief executive officer Peter Verstrate describes as a “statement”. 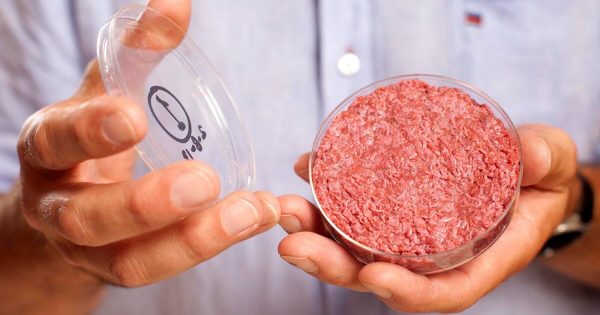 Mosa Meat presented the world’s first ‘clean meat’ burger back in 2013; a meat-alternative made from the fibers of living animals. Verstrate explains that this technology is used due to society’s unwillingness to let go of meat in their diets. The end result mimics the flavor texture and smell of meat but does not harm any animals in the process.

Meat and dairy-free products are increasingly challenging markets which once went unopposed. More than ever we are seeing vegan and meat-free businesses taking profit from markets traditionally dominated by animal protein companies.

The introduction of meat alternatives and cruelty-free products in high-end markets is of notable importance. Veganism is a movement that is oftentimes driven by younger generations (in the past decade, students who are vegan have more than doubled). Additionally, it was previously found that almost half (42%) of vegans were aged between 15 and 34. Seeing meat alternatives available in high-end eateries may signal that veganism is becoming more widely accepted by several generations.

Mosa Meat has seen impressive support since their launch. Funding has come from “mission-driven” and “strategic” investors who, according to Verstrate, support the brand as they believe the progressive product will be “part of their future.”