Tech entrepreneur and founder of Amazon.com Jeff Bezos is investing billions in the development of aerospace technologies through his private company Blue Origin.

Bezos spoke to Norah O’Donnell of CBS Evening News about why he believes space exploration is important. He was interviewed alongside Caroline Kennedy — the only surviving child of President John F. Kennedy and Jackie Kennedy — to celebrate the 50th anniversary of the Apollo 11 launch.

“We humans have to go to space if we are going to continue to have a thriving civilization. I think it is important for this planet. I think it’s important for the dynamism of future generations,” Bezos said. “It is something I care deeply about. And it is something I have been thinking about all my life. We’re going to be, I hope, an instrumental part of it in cooperation with dozens of companies and governments.” 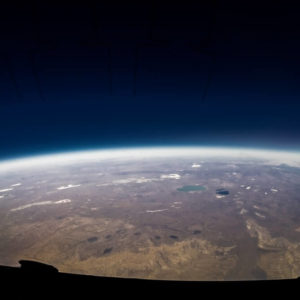 Bezos said, “everybody who goes to space says they realize how beautiful this planet is.”

He continued, “we have become big as a population and this planet is relatively small. We see it in things like climate change and pollution and heavy industry.”

“Eventually, it will be much cheaper and simpler to make really complicated things like microprocessors in space and then send those highly complex manufactured objects back down to earth, so that we don’t have the big factories and pollution generating industries that make those things now on Earth,” he added.

According to the Bloomberg Billionaire Index, Bezos is the richest person in the world, with a current net worth of $117 billion.

He has spent nearly 20 years exploring aerospace technologies with Blue Origin. The company emphasizes reusability, most notably with their commercial suborbital rocket New Shepard, which could be making passenger flights by the end of the year.

Bezos has invested in products such as vegan meat and other plant-based products, funding vegan startup Motif Ingredients along with Richard Branson and Bill Gates.

The three billionaires have also invested heavily in other plant-based companies, including Impossible Foods and Beyond Meat.