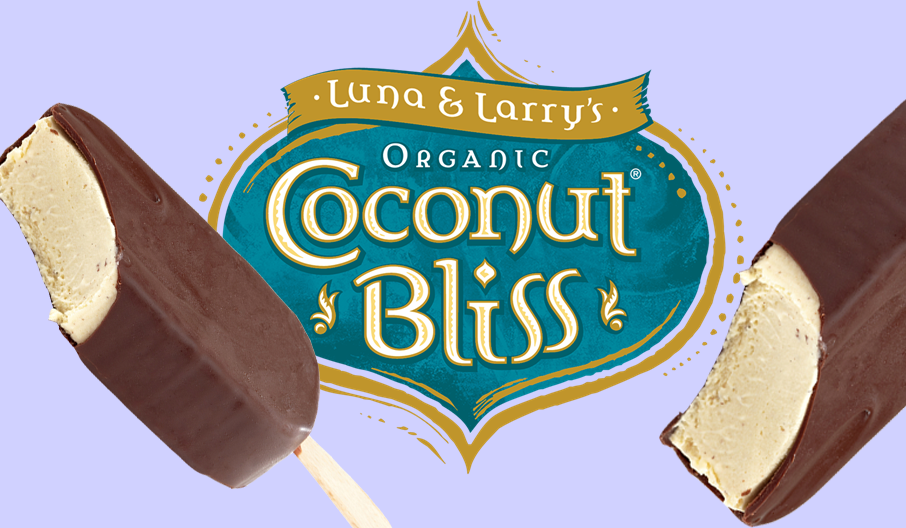 The Vanilla Island bar “is sure to elicit joyful childhood memories,” the company says. “The world’s finest Madagascan vanilla provides a flavor that is rich, warm and comforting when blended with the delicate sweetness of organic coconut milk. The dark chocolate shell that envelopes the creamy center lends a satisfying crunch to this quintessential frozen treat.”

Oregon-based Luna & Larry’s Coconut Bliss is “the most recommended” frozen dessert brand in the nondairy category, according to the company. It was founded with the goal to create a healthy and environmentally-friendly ice cream — and it appears to have succeeded as a leading offering in supermarkets across the U.S.

“Inspired by the many uses of coconut milk in other cuisines, Luna and Larry decided to try it as a base for ice cream,” the company explains in a press release. “Working with a simple, hand-crank ice cream maker, they came up with the perfect recipe: organic coconut milk sweetened with agave. They began to play with unique flavor combinations, sharing their new creations with friends and building a dedicated following for their coconut ice cream.”

Frozen desserts have been among the fasting growing vegan categories in recent years with numerous brands launching or expanding their vegan lines. Ben & Jerry’s led the trend as the first major dairy-based brand to pivot toward this audience with the launch of several vegan flavors last year. They’ve been so successful they’re now being sold across the globe. Halo Top, Häagen Dazs, and Jeni’s have also added vegan flavors to their lines also with much success.