A recent animal rights investigation claims that two of the biggest coconut milk producers in Thailand force monkeys to pick their coconuts. As a result, a number of retailers—including several major UK supermarkets—have pledged to stop selling products from these companies. Thai officials dispute the claims that the coconut industry abuses monkeys and uses their labor. 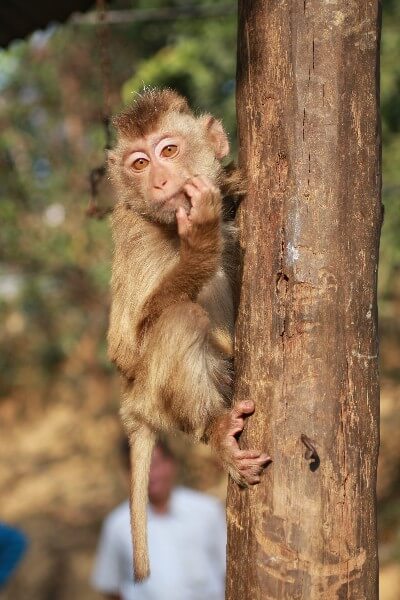 According to animal rights organization People for the Ethical Treatment of Animals (PETA) Asia, major coconut suppliers Aroy-D and Chaokoh abuse and exploit monkeys to make their products.

PETA published the results of its investigation, as well as pictures and a video, on its website. Investigators say they found “terrified young monkeys” who were performing “frustrating and difficult tasks.” They stated that rebellious monkeys are sometimes punished with teeth pulling.

According to PETA, the monkeys pick up to 1,000 coconuts a day.

Investigators also claimed that in some instances, monkeys performed for visitors by riding bikes and shooting basketballs.

PETA Asia director Elisa Allen told the BBC: “these curious, highly intelligent animals are denied psychological stimulation, companionship, freedom, and everything else that would make their lives worth living, all so that they can be used to gather coconuts.”

She added: “PETA is calling on decent people never to support the use of monkey labor by shunning coconut products from Thailand.”

It’s not the first time reports of monkey cruelty in Thailand’s coconut industry have surfaced. In 2015, The Salt reported on the use of monkey labor to pick coconuts.

It noted Thailand’s coconut industry has used monkeys for around 400 years. This is because they’re faster and more efficient than humans, who can only collect around 80 coconuts a day.

Following the release of its investigation, PETA reported that more than 15,000 stores will no longer purchase coconut products from Aroy-D or Chaokoh.

Boots, Morrison’s, Ocado, Waitrose, and the Co-Op are among the retailers to either suspend the sale of coconut products from these producers or commit to no longer stock them, as well as any other product that may be connected to monkey labor.

In response to calls, a spokesperson for Sainsbury’s told the BBC: “we are actively reviewing our ranges and investigating this complex issue with our suppliers.”

A spokesperson for Asda confirmed, “we will not tolerate any forms of animal abuse in our supply chain.”

Tesco added: “we don’t tolerate these practices. [We] would remove any product from sale that is known to have used monkey labor during its production.” 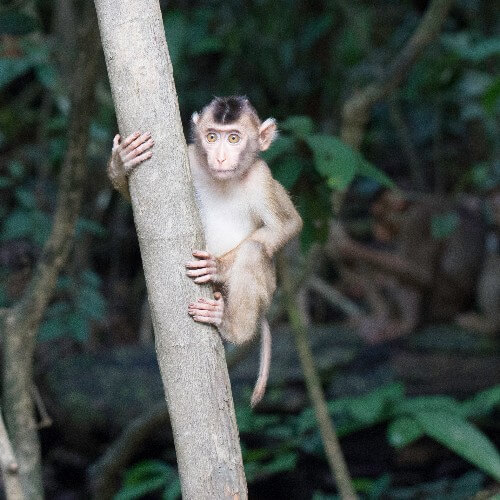 What Does Thailand Say?

According to Thai officials, PETA’s allegations are not true. Jurin Laksanawisit, Thailand’s commerce minister, says that the coconut industry does not use monkeys on an industrial scale anymore.

He noted that the practice can be used on a small scale for tourist entertainment.

Laksanawisit told reporters at Don Mueang International Airport earlier this week: “using monkeys for the coconut industry is almost non-existent. But there may still be the pictures of monkey collecting coconuts for tourism on video clips, which created a misunderstanding.”

Mananya Thaiset, Thailand’s deputy agriculture minister, added: “how do you even find that many monkeys to collect large amounts of coconuts to cater to the industry?”

Jason Baker, PETA’s senior vice president, said the government was “explaining away” monkey cruelty. He added that it only makes the “public angrier.”

‘[Monkey Labor] is Going Down at a Very Big Rate’

But it’s not just the government that says monkey labor is falling out of fashion in Thailand’s coconut industry.

Edwin Wiek—who works for the Wildlife Friends Foundation Thailand, a wildlife rescue organization—told Reuters that the practice isn’t that commonplace anymore. This is due to farmers striving to meet European trade standards.

He said: “I do believe that monkeys are still being used for the coconut picking. But in the last 15 years, it’s going down at a very big rate.”

However, five years ago, when The Salt conducted its own investigation, monkey trainer Arjen Schroevers told the publication that monkeys picked 99 percent of Thai coconuts sold for flesh or oil.

He said: “it would be difficult to find a coconut product made in Thailand that wasn’t picked by a monkey.”

Schroevers said that farmers treat the monkeys well. He explained, “it is always relaxed, no shouting, no punishing.”

Leslie Sponsel—a professor at the University of Hawaii and monkey-human relationship researcher—also told The Salt that he had never “observed or heard of cruelty or abuse of the monkeys.”

He said that many families treat the monkeys like pets. He also added that many poorer farmers used monkeys to “survive and prosper in support of their families.”

What about the companies involved in PETA’s investigation? According to Reuters, a spokesperson for Aroy-D has disputed the reports that it uses monkey labor to make its products. Chaokoh has not yet replied to its inquiries. 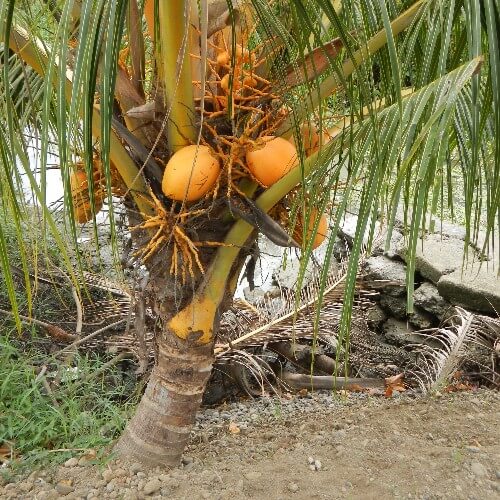 Thailand isn’t the only country that harvests coconuts. Brazil, Colombia, and Hawaii are some other regions that also produce the fruit. According to PETA, many producers in these regions use methods like tractor-mounted hydraulic elevators, willing human tree-climbers, and dwarf coconut trees.