“Our customers are becoming more and more interested in plant-based foods, but people are not so much switching to a full vegetarian diet,” she said in a statement. “They’re substituting veggie options a couple of times a week.”

The Alternative Meat Co.’s products are made in Australia and feature a blend of soy, wheat, and pea protein. Like the Beyond Burger, the brand promises an authentic “beefy” flavor and has 20 grams of plant-based protein per patty. 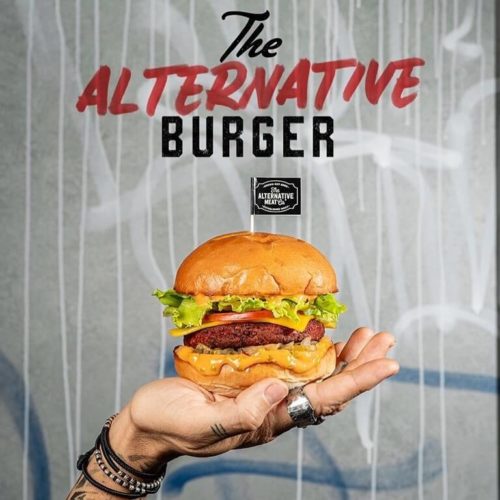 The Alternative Meat Co.’s burger is said to have a realistic “beefy” flavor | image/Instagram

Australia is the third fastest-growing vegan market in the world, according to research from Euromonitor International. “An increasing number of companies are expanding their consumer appeal by staying away from animal ingredients whenever possible,” said Ewa Hudson, the head of health and wellness at the firm.

Independent market research firm Roy Morgan noted earlier this year that more than 2.5 million Australians no longer eat meat. Concerns about red meat’s connection to an increased risk of heart disease and certain forms of cancer was one driving factor.

Roy Morgan CEO Michele Levine said in a statement that increased awareness of how animals are treated is also motivating Australians to eat more plant-based food. “For many protesters a key part of securing better treatment of animals is to practice and promote embracing vegetarianism – and the message is getting through to an increasing number of Australians,” she said.

The demand for plant-based food shows in supermarket sales. Coles launched the Beyond Burger, a realistic vegan burger made by California-based brand Beyond Meat, in 200 New South Wales stores late last year. According to Wischer, the meat-free burger helped Coles gain more than 1,500 new customers within the first 10 weeks. Two-thirds of the buyers were existing BBQ meat shoppers. Due to the Beyond Burgers’ strong sales, Coles rolled it out to more than 700 stores late last month.

The Alternative Meat Co. burgers are now available in Coles stores across Australia.