Colin Kaepernick is on a mission to promote food security and social justice. The vegan NFL quarterback has teamed up with Impossible Foods to give away one million burgers amid the pandemic.

Around the world, many have lost their jobs due to the COVID-19 outbreak. As a result, many are experiencing financial strains and hunger due to loss of income. Approximately 265 million people could face acute food insecurity this year, according to the UN World Food Programme. This figure is a major increase from the 135 million people that went hungry before the start of the pandemic.

Kaepernick’s organization—called Know Your Rights Camp—partnered with the plant-based meat company to distribute its burgers to those in need.

Since the start of the pandemic, Impossible Foods has helped more than 750,000 people experiencing food insecurity. The plant-based startup is now on track to donate more than one million vegan meals this year.

“[A]s an essential business in an unprecedented challenging time, we […] exist to serve the most basic and immediate needs of our community. [This includes] the food insecurity crisis and social justice struggles in our hometown region of the San Francisco Bay Area and communities throughout America,” Impossible Foods’ CEO and founder, Dr. Patrick O. Brown, said in a statement.

The collaboration between Know Your Rights Camp and Impossible Foods kicked off on July 9. The organizations distributed vegan burgers at the Cornerstone Missionary Baptist Church in San Francisco.

The vegan meat brand will donate to subsequent Know Your Rights Camp events in additional cities. These include Los Angeles and New York. 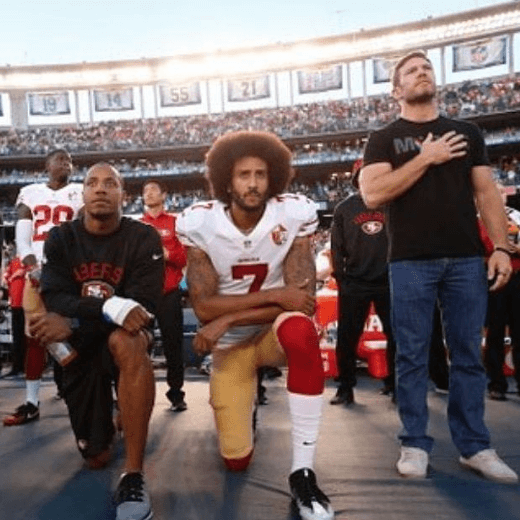 Kaepernick, who played for the San Francisco 49ers, founded the nonprofit in 2016. The same year, he garnered attention around the world for kneeling during the national anthem to protest police brutality.

Know Your Rights Camp is a multi-city program that advocates civil rights through self-empowerment, education, and mass-mobilization. The nonprofit has a number of camps for children of color throughout the country.

“Gaining access to healthy and affordable food should not be a challenge for residents of any community,” Patricia Robinson said in a statement. Robinson is Know Your Rights Camp’s director of community outreach.

She added: “Know Your Rights Camp is committed to participating in changing the outcomes and disparities that currently exist for families, while we further grow awareness and acknowledge that maintaining good health and nutrition should not be selective for some, but should be experienced by all.”