The new law spares approximately six million chickens from being held in cages so small that they are deprived of the ability to stretch their wings. Hens must be kept cage-free with at least one square foot of usable floor space per animal. They must also have access to unfettered vertical space.

Egg producers must also provide perches, nest boxes, scratching areas, and dust-baths, which are crucial to their mental and physical health. Farmers who violate the law may face a civil penalty of up to $1,000 per violation.

Kitty Block, president and CEO of the Humane Society of the United States (HSUS) welcomed the victory. “Caged egg-laying chickens are among the most abused animals on our planet,” she said in a statement. “They live in less space than the dimensions of a single piece of paper for their entire life.” 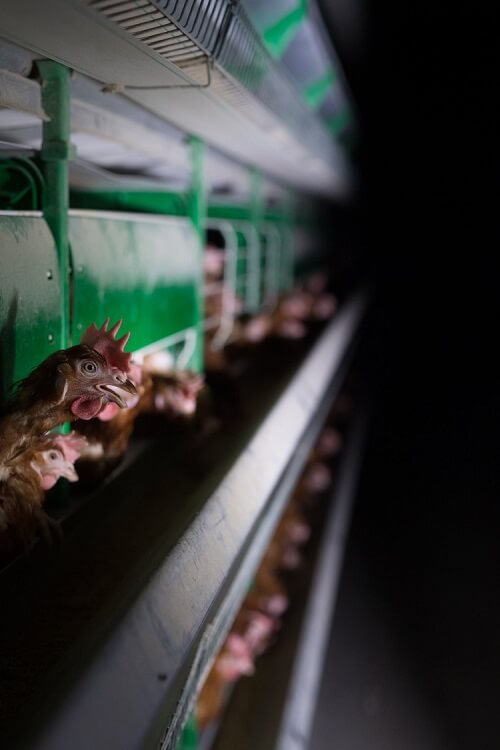 Who Does the Cage-Free Bill Leave Out?

This new law is another milestone improvement for egg-laying hens. According to HSUS, the nation’s egg-industry is now more than 26 percent cage-free. However, there are a number of caveats. Farms with fewer than 3,000 or fewer egg-laying hens do not have to abide by the new law. Caging hens destined for slaughter will remain legal.

The bill also does not address other forms of abuse faced by egg-laying hens, including beak-trimming, force-molting, and grinding up live, day-old male chicks, who are seen as useless by-products of the industry. The U.S. kills approximately 260 million chicks this way each year. Switzerland and France have banned this controversial practice. However, many have decried Switzerland’s law as symbolic, as gassing male chicks with carbon dioxide is the standard practice for ending their lives.

While cage confinement is banned, today’s commercially-bred hens are still exploited for profit, bred to lay around 250 eggs a year. At the beginning of the 20th century, the average hen laid 100 a year. This is a significant increase from the 10 eggs a year laid by their ancestor, the jungle fowl. Today’s egg-laying hens are typically slaughtered after two years.