Companies tapping into the vegan movement are reaping the rewards. Businesses that launch plant-based products experience a surge in sales, something The Guardian calls the “vegan halo” effect.

When Greggs, the UK’s largest bakery chain, launched its iconic vegan sausage roll earlier this year, it quickly sold out across the country. “We thought it might only last a few weeks. But it was selling out within minutes of arriving in the shops,” Greggs’ CEO Roger Whiteside said to The Guardian.

The snack — which features Quorn meat and 96 layers of vegan puff pastry — was credited for the 14.1 percent sales increase witnessed by the bakery chain, compared to the 2.9 percent recorded last year. Greggs has since seen its profits jump up more than 50 percent.

The vegan sausage roll could be part of the reason Greggs recently topped £1 billion in sales for the first time ever. The chain is eager to keep the momentum; it just announced that it was working on vegan versions of its other popular products.

Other eateries in the UK are keen to cater to the growing number of people choosing vegan food. Fast-casual chain Leon, which has a focus on plant-based food, reported a 24.5 percent rise in sales last year. The chain has since increased its vegan and vegetarian options; its menu is now 64 percent meat-free and 55 percent all-vegan. The Love burger, which comes with a plant-based meat patty and dairy-free cheese, is the chain’s third-most-popular item.

Many businesses say that vegan food is overtaking its meat-based counterpart.

When fried chicken giant KFC added its first vegan burger option in the UK, it sold out in four days. The meat-free sandwich, called the Imposter Burger, sold 500 percent more than the average new product.

Popularity of Vegan Food Outside of the UK

The trend can be seen outside of the UK, too. This year, U.S. locations of Burger King introduced the Impossible Whopper, which features plant-based meat produced by Impossible Foods.

The fast-food chain reported a sales rise of 28 percent in April, the same month the Impossible Whopper joined the Burger King menu. This is 26 percent higher than the sales rise experienced by McDonald’s, which has not yet added a vegan burger option in the U.S., besides in its headquarters.

Burger King also said the number of unique customers dining at its restaurants increased by 15 percent in April.

When Hungry Jack’s — the Australian franchise of the Burger King Corporation — launched its Vegan Cheeseburger in 2018, it reported a 50 percent increase in meat-free food sales. 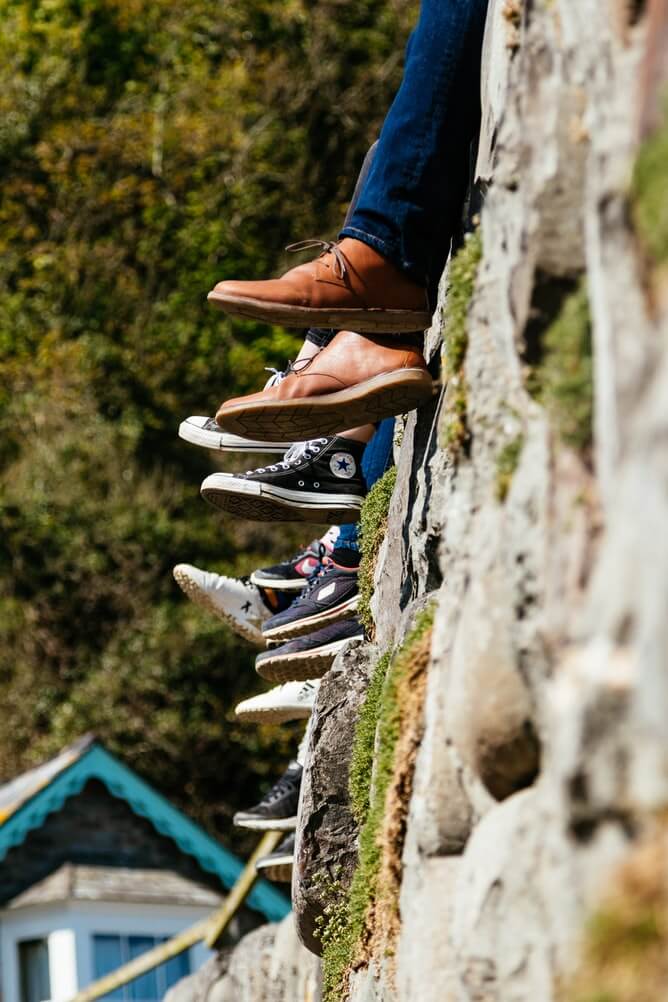 Fashion companies are updating their lines to be more vegan-friendly.

The pattern isn’t exclusive to the food sector; the fashion industry is also leaning away from animal products. British fashion retailer Topshop launched its first vegan shoe range in April. The cruelty-free leather shoes, which are handmade in Spain, are approved by People for the Ethical Treatment of Animals (PETA), the largest animal rights organization in the world.

Fellow fashion retailer New Look added nearly 500 vegan shoes and bags to its collection in August. The vegan range is New Look’s first and it’s registered with the Vegan Society. The retail chain has also committed to reducing its use of animal-based materials, even saying that it will consider ditching leather altogether in the future.

English footwear and clothing brand Dr Martens offers vegan versions of its popular boot. The cruelty-free option has helped the company almost triple its revenues from £160m in 2013 to £454m in 2019, the Guardian said. Dr Martens CEO Kenny Wilson told the publication that its vegan range is growing at “multiple hundreds of percent.”

Companies that don’t partake in the surging vegan movement suffer. The Guardian highlighted data from Cardlytics, which monitors purchases from 1.5 million bank accounts in the UK. It found that while the fast-food sector has historically shown growth, food chains focused on meat-based burgers and fried chicken have experienced sales declines.