The company will also use the funding to open a research and development center in Singapore. The facility will include a fully automated manufacturing line to produce its plant-based seafood and other meat products.

“As a leading manufacturer, we aim to capitalize on the growing global demand for plant-based alternatives in the areas of meat and seafood. The recent COVID-19 pandemic has revealed the vulnerabilities of our food supply chains,” Growthwell Executive Director Justin Chou said in a statement.

He continued: “Our decision to build a manufacturing facility in Singapore is a timely solution to tackle the food security issue. Ultimately, Growthwell strives to be the local and regional champion in supporting the drive to achieve long-term food supply stability.”

Growthwell was founded in 1989 and specializes in making plant-based food and beverage products in Singapore, India, Australia, and the U.S., according to The Strait Times. The company’s chickpea-based seafood range will include ChickP Squid, ChickP Shrimp, and ChickP Crab Patty, reports The Strait Times. 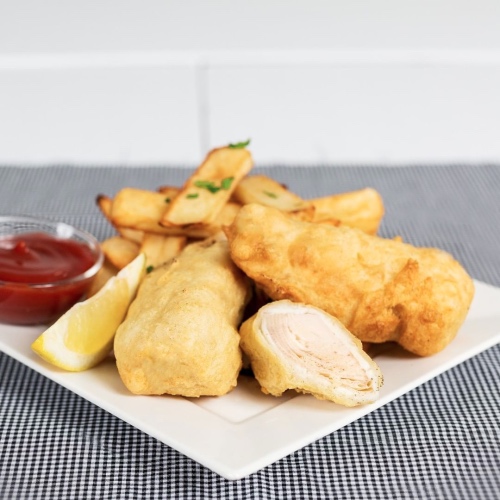 There are a number of plant-based seafood products on the market. | Upton’s Naturals

The new chickpea-based seafood products will join a growing number of other vegan seafood brands on the market.