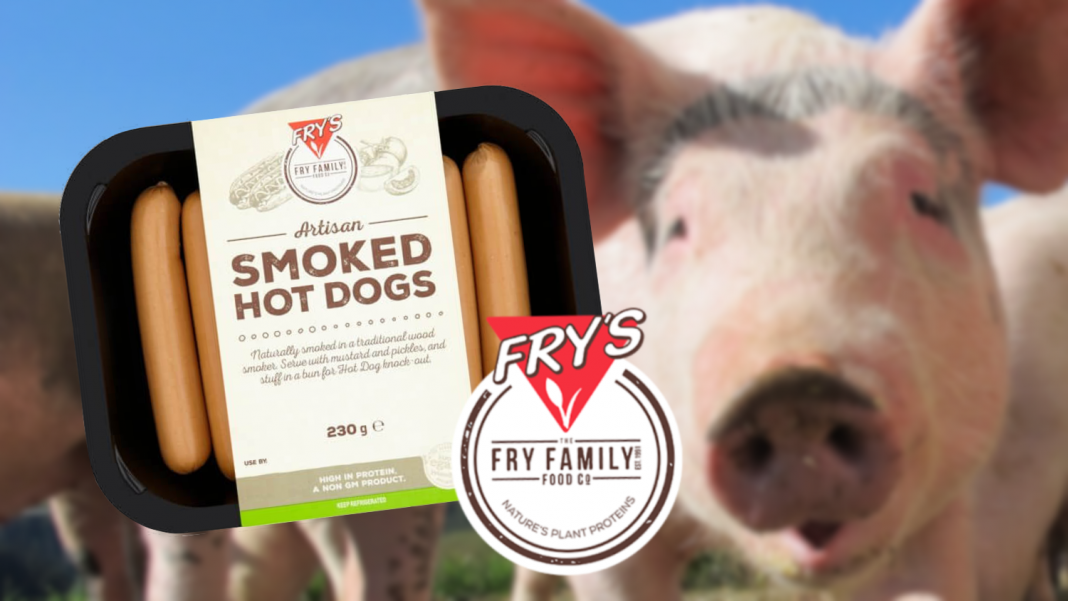 Vegan meat brand The Fry Family Food Co. estimates that it saved over 3.5 million animals in 2018.

The South Africa-based company says the number translates to saving the lives of 647,737 chickens, 11,354 cows, 10,055 pigs, and 3 million prawns. This is based on the number of plant-based products Fry’s sold last year.

“We are absolutely thrilled to have contributed such a vast amount to the reduction of meat consumption,” said Tammy Fry, international marketing director at Fry’s.

“Animal welfare is absolutely intrinsic to everything we do here at Fry’s. The number of animals we save each year is how we measure our true success, so we’re incredibly proud of this result, and to be a part of such an incredible movement,” Fry continued.

Fry’s successful year was bolstered by the increasing popularity of plant-based food across the UK. One in six new product launches last year were vegan, according to data from leading market research firm Mintel.

Fry’s announced a number of new products and launches in 2018. Last June, it launched its “Artisan” range of meatless products with online supermarket Ocado and in the health food chain, Holland & Barrett. In fall, it launched eight vegan meat products in more than 500 Sainsbury’s stores across the UK.

Outside of the UK, the family-owned company launched vegan burgers in Costco Australia last August. Fry’s is also expected to make its US debut for the first time in the 28 years since its founding. A representative cited rising demand in the nation, where sales of vegan meat grew 23 percent from 2017 to 2018, as the reason for the launch.

“Reflecting rapid demand growth in the United States and sustained interest from international markets, we’ve taken steps to significantly increase our production capacity,” Fry’s exports director Shaun Richardson said in a statement. Retailers and an official launch date have not yet been announced.

Fry’s products are available at UK retailers such as Sainsbury’s, Holland & Barrett, and online at Ocado.