Updated October 2019 | We all know that International discount chain Aldi is kind to your wallet, but with its increasing number of vegan products on offer, Aldi is also kind to the planet.

The German company is catering to today’s diverse consumer market with clear allergen labeling, vegan toiletries, and a website chock-full of nutritional information and plant-based recipes.

Catering to market trends — such as the rise of plant-based diets — is typical of the global chain, as it has been at the forefront of progressive retailing since opening its first store in 1946. Founded by two brothers, Theo and Karl Albrecht, the household name is, in fact, a syllabic abbreviation for Albrecht Diskont (the German word for discount). Aldi lives up to its cut-price claims through new business processes, such as being the first company to cut the three percent rebate before sale. 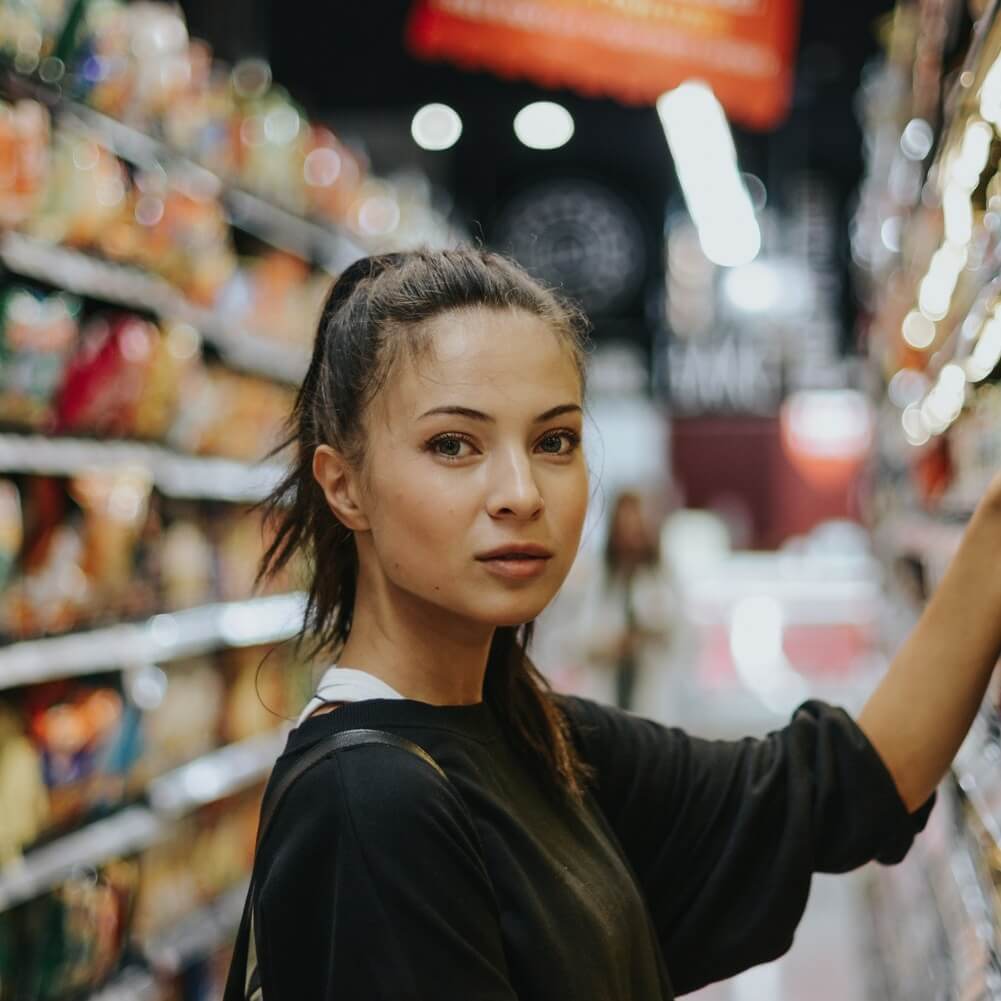 Aldi has stores in more than 20 countries

As a company guided by market needs, Aldi has always shown an impressive awareness of trending products and lifestyles.

Veganism has been called the fastest growing lifestyle trend of the last five years, especially where social media is concerned. A report by Brandwatch in 2018 showed that 54 percent of diet mentions from Twitter concerned veganism.

Online popularity aside, a report published by Sainsbury’s in February 2019 revealed that 91 percent of the UK is trying to reduce its meat consumption. The reasons for adopting a vegan, vegetarian or flexitarian diet include protecting the environment, animal welfare, and improved health. Abstaining from animal-products has even been shown to reduce the risk of heart disease according to a study published by the American Heart Association in 2018.

The surge in people following a plant-based or meat-reduced diet is something Aldi is keenly aware of and is tailoring its wares to meet the growing demand.

As a global company with stores in over 20 countries, each national Aldi has its own localized products to meet consumer needs. This is especially true in Aldi’s native Germany, where veganism has seen a rapid increase in recent years. In the country’s capital, Berlin, a whopping ten percent of the population is vegan, as reflected by the city’s impressive plant-based offerings. German Aldi was even named by the Albert Schweitzer Foundation for our Fellow World as the “Most Vegan-friendly Discounter 2019” in Germany. 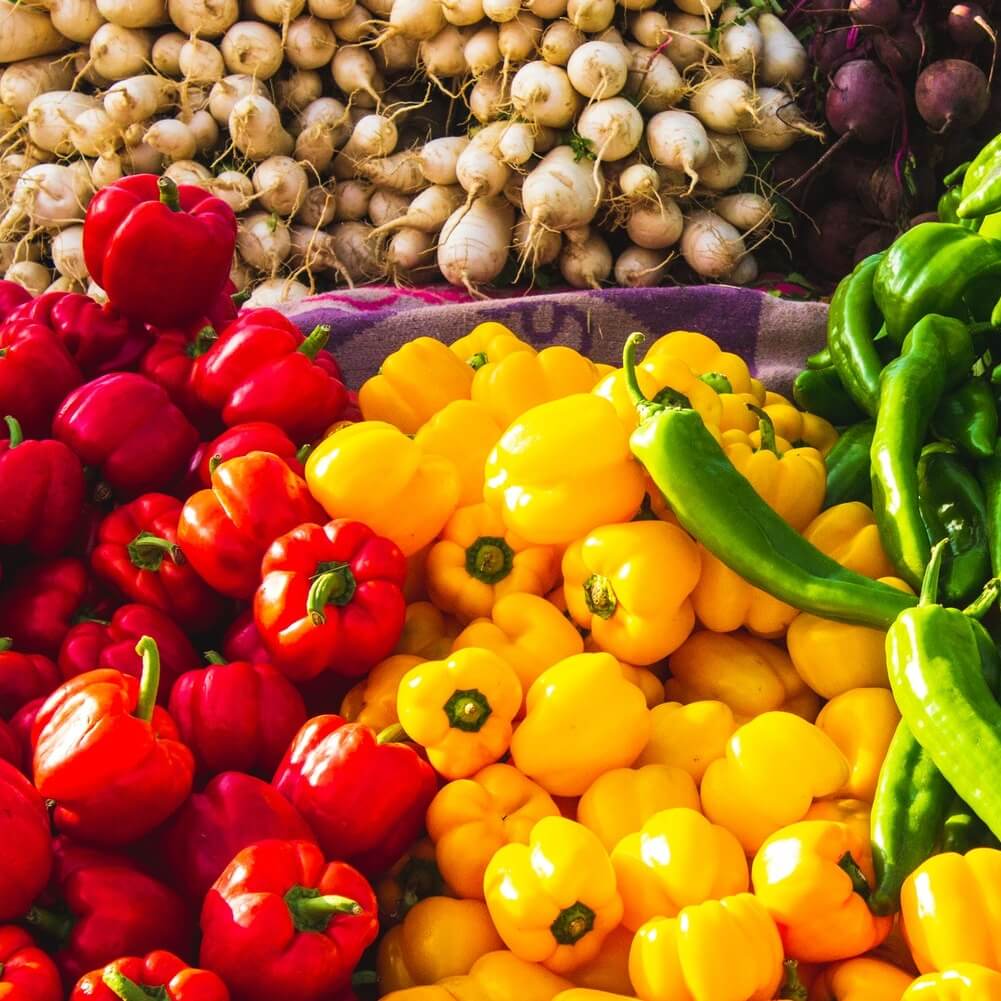 In the UK, where Aldi has opened more than 700 stores since 1990, the chain showed its support for Veganuary by launching a plant-based campaign in 2019. The advert which saw the Clayton family go on a health boost for the first month of the year demonstrated Aldi’s savvy understanding of the health benefits associated with a plant-based diet. It also challenged the preconception that veganism involves spending a fortune in exclusive health food shops.

While Aldi has always stayed true its no-frills roots, the retailer has renovated the image of discount stores as chilly, glamorized warehouses mostly filled with baked beans and industrial sacks of macaroni. Instead, Aldi proffers fresh fruit and veg, has a deli section, and many branches have an in-store bakery. It also offers a wide variety of affordable useful items in its Specialbuys section, often found in the middle of the store. If you need a barbecue, blender, or a tiered tray to cook three different vegan pizzas at once, Aldi has you covered.

The German chain also ups the quality stakes by stocking specialist healthy eating items that one usually associates with upmarket stores, such as Paleo-friendly (and vegan) macadamia and coconut bars and raw cacao powder. The international chain is also a treasure trove of affordable plant-based staples, selling bags of nuts, seeds, and grains from its Food Market line.

The chain’s success can in part be put down to its savvy reading of market changes. The commerce savvy chain regularly culls slow-selling items from its stock to maintain a steady flow. As some shoppers may have noticed, the 3-speed hedge trimmer that was there in the morning may be replaced by a self-inflating pilates ball by the evening. Aldi’s Special Buys also give an everyday shopping trip an element of surprise. The company also keeps its offerings fresh by constantly developing its own ranges and adding to its brand name stock. In the first three months of 2019, Aldi UK welcomed vegan jerky, new plant-based sausages and Meat Free Butcher burgers to its shelves. The new “Juicy Quarter pounders” are made from soy protein and have an authentic “bleeding” quality thanks to the miracle ingredient of beetroot extract.

On its UK website, there is a designated Online Vegan Guide vegan list, with 17 pages detailing all own brand plant-based products from apple crumble to zucchinis.

While some of the items on the list are a little self-explanatory, such as tinned fruit and rice, this comprehensive guide could be very helpful for people new to plant-based eating.
With this in mind have compiled our own list of the most useful vegan-friendly product at Aldi, from top shelf to freezer. 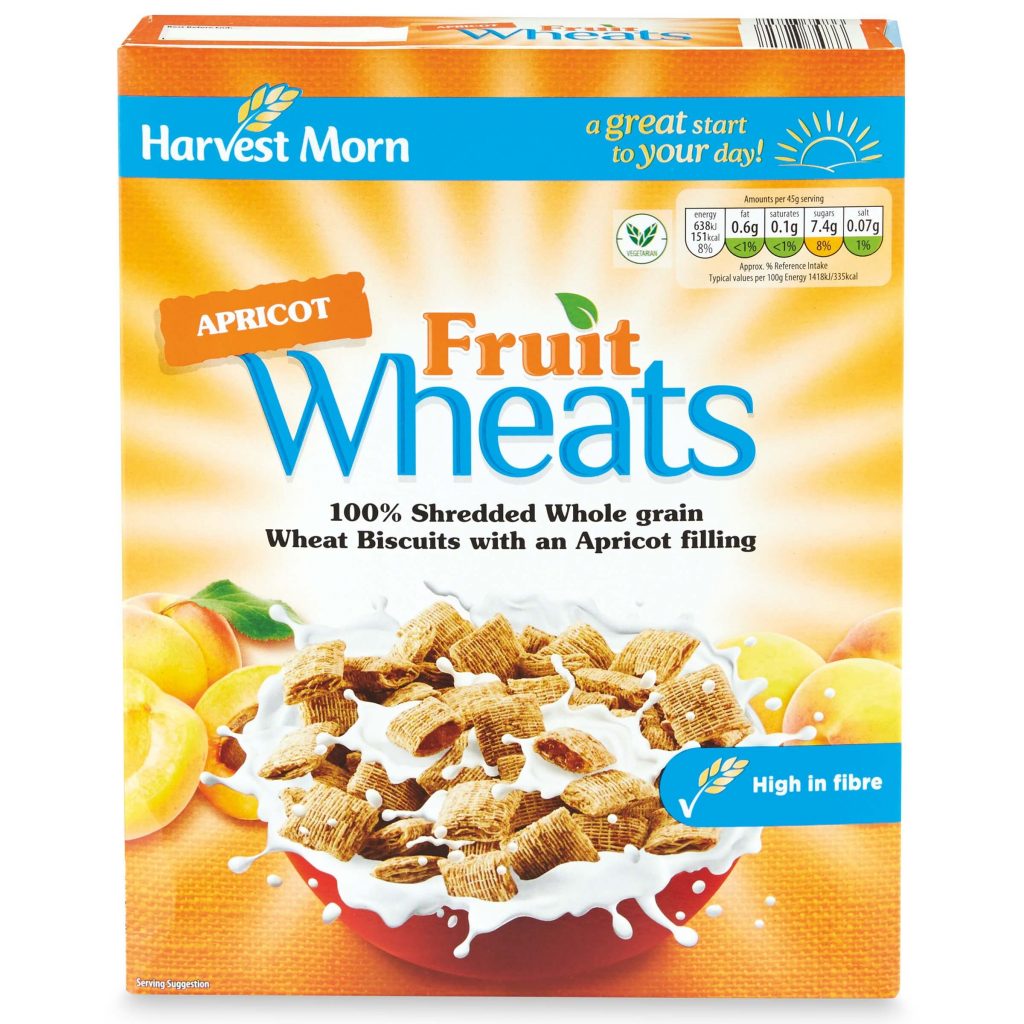 A popular start to the day, cereal is enjoyed by adults and children alike, especially when there are stickers to collect. Due to being fortified with Vitamin D sourced from sheep’s wool, many cereals are not vegan, including the majority of Kellogg’s offerings. Luckily, Aldi’s Harvest Morn range has several vegan-friendly options.

The breakfast options ready to be soaked in the dairy-free milk of your choice are: 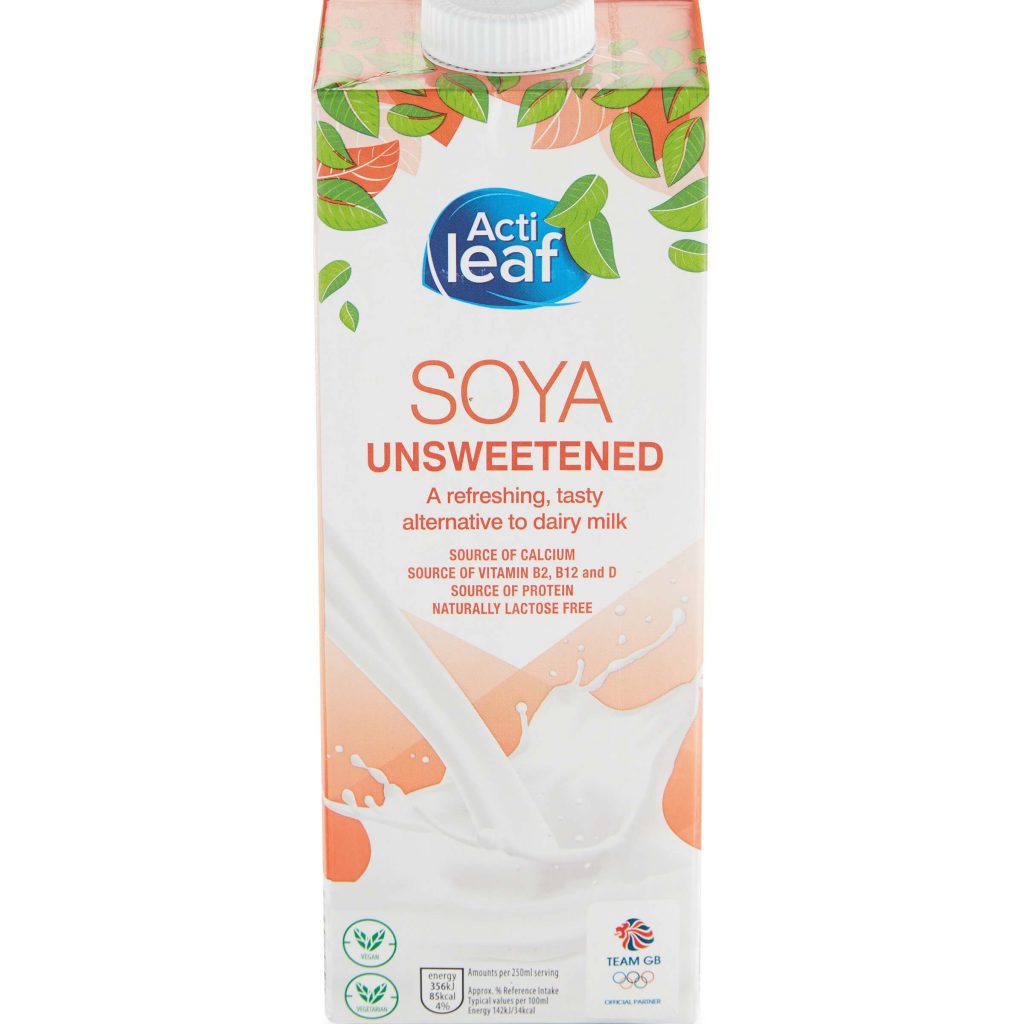 Aldi UK stocks Acti Leaf, which comes in a variety of flavors, while US Aldis stock Friendly Farms. The selections include: 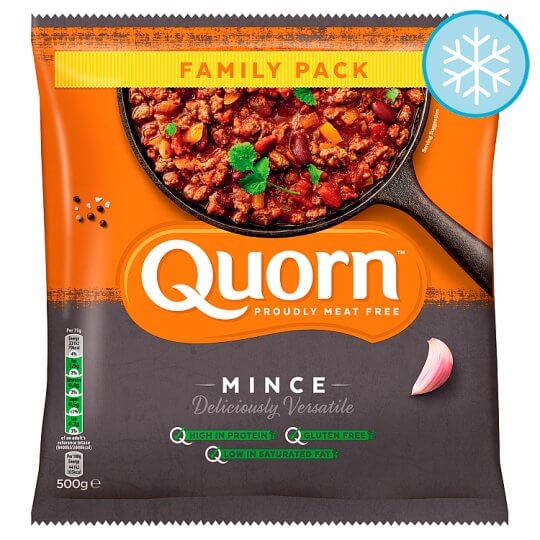 The vegan meat industry will be worth an estimated $6.43 billion by 2023 according to Research and Markets. Global companies such as Beyond Meat and Impossible Foods have successfully made plant-based products more mainstream and reducing meat consumption a great deal more accessible.

Naturally, Aldi wants a piece of that action and the company stocks several Quorn products and its own meatless ranges. In the UK, Aldi stocks Mae’s Kitchen which sells several classically veggie items as well as its vegan meat offerings. In the US, Aldi has an even more extensive plant-based range called Earth Grown which stocks vegan dairy products and some plant-based snacks.

Mae also whizzes up some more classically veggie offerings in her kitchen and the full range includes:

Aldi US’ vegan meat range is more extensive, after Aldi US gave its customers “More of you what you want” by adding to the Earth Grown line in December 2018. 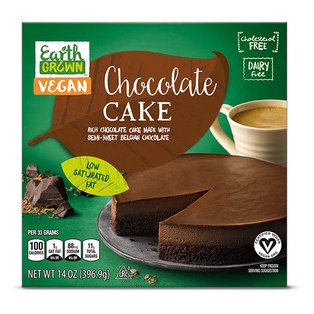 Aldi US is aware that plant-based eaters cannot live on burgers alone, and its Earth Grown range also includes some vegan dairy and dessert options. These include: 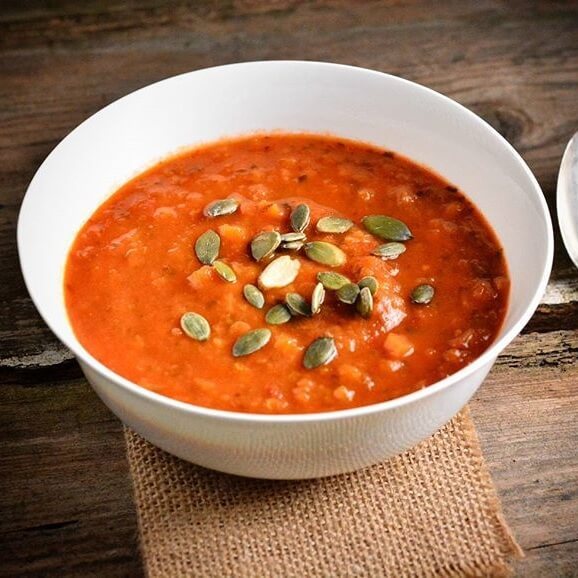 Aldi UK increased its vegan-friendly range at the start of 2019 by adding several vegan ready-meals to its stock. The range includes: 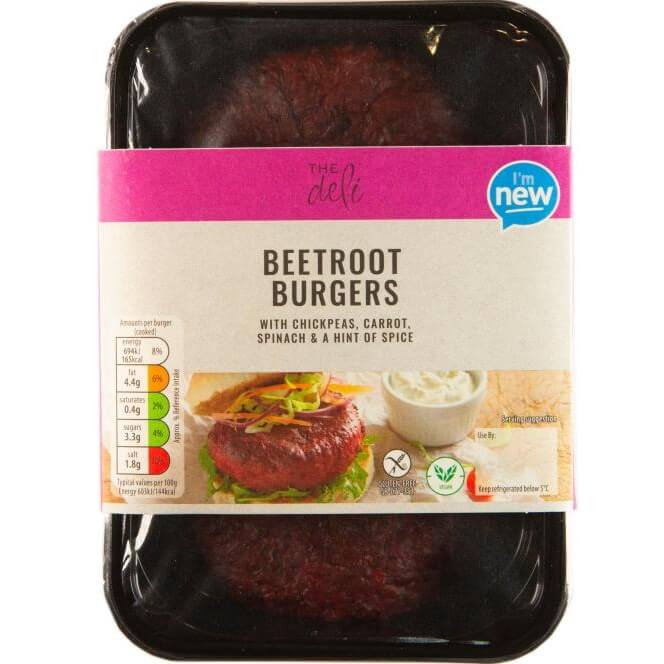 The Deli beetroot vegan burger has an earthy flavor | image/Aldi

From side-dishes to sandwich patties, Aldi UK has a stellar range of plant-based goods. 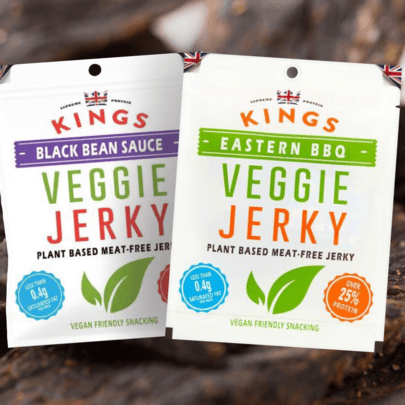 As well as its range of nuts and seeds, Aldi UK also offers the following items to keep you pulling on through the day. 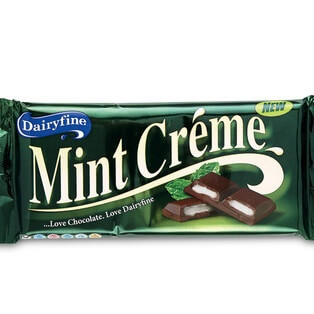 While Aldi’s nutritionally balanced dishes and snacks are admirable, there is always a time and place for chocolate. In the UK the supermarket’s offerings get more extensive during festive seasons such as Christmas with vegan marzipan hearts and dark chocolate mints. However, the items below are all available right now. 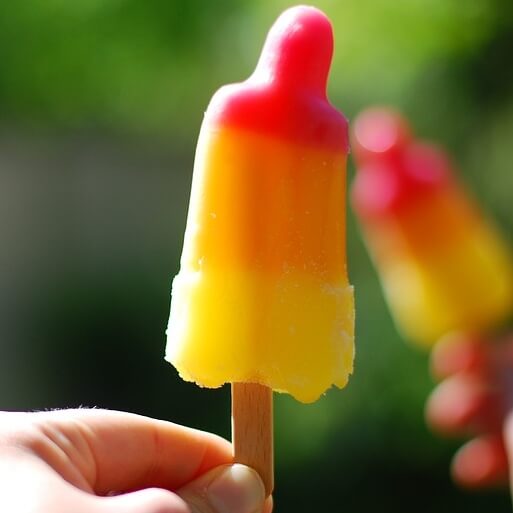 The instore offerings include: 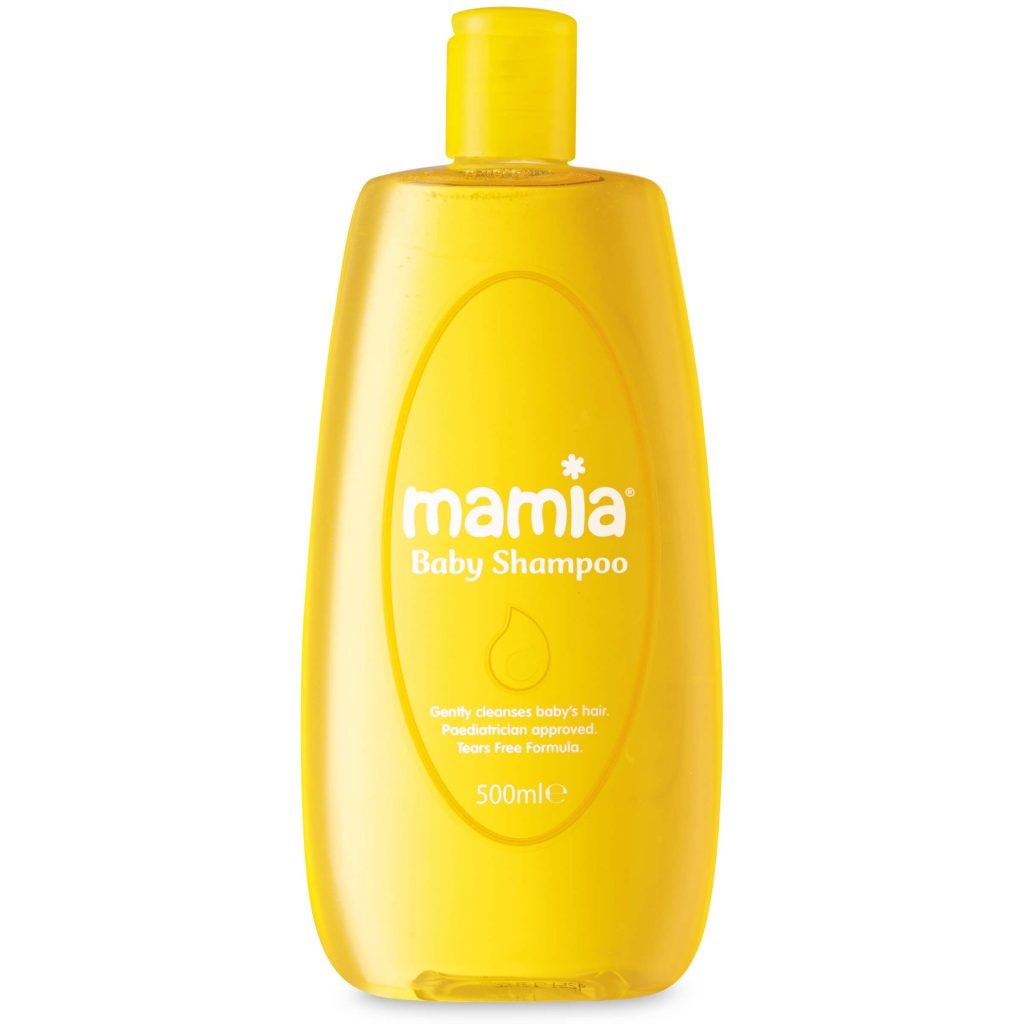 Aldi understands that following a vegan lifestyle spans much more than just your dinner plate, but also affects what toiletries and household items you purchase. Since 2018, all of Aldi’s own brand toiletries and cleaning products have been certified cruelty-free. As Aldi UK’s Managing Director of Corporate Responsibility, Oliver King notes on Aldi’s website:

“This is hugely important to us and our customers. It makes cruelty free certified products more accessible and affordable.”

While all of Aldi’s own brand products are non-animal tested, some contain animal products such as beeswax, making them not vegan. Aldi’s vegan non-food item list includes:

If Bullfighting Upsets You, Perhaps You Should Consider Leaving Meat Off Your Plate, Too

LUSH Officially Removes Eggs From All Of Its Beauty Products