An end to horse soring nears as the House of Representatives has just approved a bill that would end the cruel practice.

The Prevent All Soring Tactics (PAST) Act (H.R. 693) was approved by 333 to 96 bipartisan vote, animal rights nonprofit Humane Society of the United States (HSUS) reports.

What Is Horse Soring? 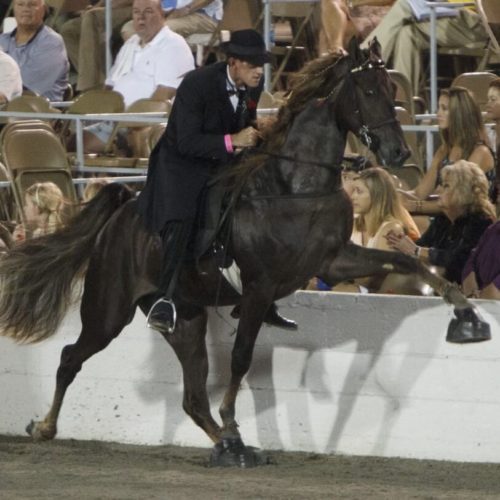 The PAST Act may put an end to horse soring | HSUS

The controversial soring technique is used on show horses including Tennessee walking horses to affect gait. It creates the unnatural high-hooved “big lick” gait. Corrosive materials are applied to the horse’s legs. The legs are then wrapped for days with chains applied to create pain as the horses’ step. This forces them to adopt the show gait.

Among other practices is particularly cruel “pressure shoeing.” It cuts the hoof nearly all the way to the sensitive quick. The trainer may then jam hard objects into the horse’s hoof or force them to wear, which causes excruciating pain. “Stewarding” is a common practice; beating and shock treatments force the horses to stand while in pain. The methods also force horses not to flinch during inspection.

Congress made moves to ban horse soring in the 1970s via the passage of the Horse Protection Act. But underfunding and pressure from industry insiders have made enforcement difficult. There is not enough in the budget to send inspectors to every horse show. Undercover investigations from HSUS show that soring is still alive and well across Tennessee, Kentucky, and other southeast states.

“As a result, they have instituted a system that allows horse industry organizations (HIOs) to train and license their own inspectors, known as Designated Qualified Persons (DQPs) to examine horses at shows for signs of soring,” writes HSUS. “With the exception of a few who are committed to ending soring, most HIOs are made up of industry insiders who have a clear stake in preserving the status quo.”

The PAST Act would put a close to the loopholes that have allowed horse soring to continue for more than 50 years. The Senate companion bill currently has 41 cosponsors.