The Montreal-based company announced today its new partnership with Compass Group Canada, the nation’s leading foodservice provider with over 25,000 associates in 2,200 locations. Its focus will be bringing plant-based food to healthcare and post-secondary education in Canada over the next 10 years, starting with five restaurants next year. The fast-casual restaurant serves options like soup, salad, bowls, burritos, sandwiches, and smoothies.

“This strategic partnership is a direct response to what our customers have told us: they want healthy, plant-based options that are environmentally sustainable and fit into a well-balanced lifestyle,” Michael Hachey, Chief Innovation Officer at Compass Group Canada, said in a statement. 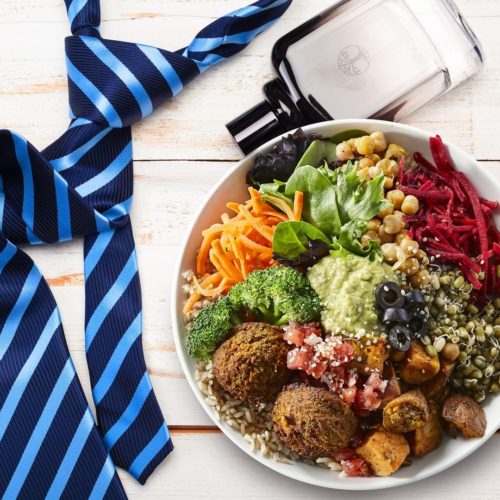 Copper Branch was founded in 2014 and currently has 30 locations across Canada. CEO Rio Infantino created the chain after working for many years in the fast-food industry. He grew tired of serving foods that were bad for people and carried no nutritional value. He himself struggled with a number of weight and health problems, so he turned over a new leaf, and Copper Branch was born.

“People are looking for something revolutionary, so there’s definitely space for Copper Branch in the marketplace,” Infantino said earlier this year. “Our menu and branding target the mainstream consumer who wants to live more healthily and have accessible, tasty, quality food, and that’s a big market.”

The partnership with Compass Group Canada is part of its overarching goal to open 200 new locations by 2020 and 2,000 over the next nine years. It opened its first U.S. location in Fort Lauderdale, Florida last January. A New York City Copper Branch is preparing to open soon and earlier this year, it sold its first franchise in Maine.

“New York City was a clear choice for our first U.S. location as it provides great visibility for the brand and is one of the world’s most recognized active and forward-thinking cities,” Infantino said in a statement. “Like our brand ethos, NYC epitomizes strong roots while simultaneously being dynamic and embracing the future.”