Keegan Kuhn, who co-directed 2017’s “What The Health,” is releasing a new documentary linking the coronavirus to factory farming.

Kuhn, who also co-directed “Cowspiracy,” is the writer and producer of the new film. It is being directed by Alex Lockwood—the BAFTA Award-winning director of 2018’s “73 Cows” and 2019’s “Test Subjects.”

The documentary explores how diseases from animals pose a greater threat to humanity than climate change.

There are currently more than 462,000 confirmed cases of coronavirus in more than 190 countries. Experts believe that the virus originated from a live animal market in the Chinese city of Wuhan towards the end of 2019.

Before the outbreak, the Guardian reports there were around 20,000 wildlife farms in China, breeding animals like peacocks, porcupines, and pangolins. After the outbreak, China issued a ban on the wildlife trade.

Kuhn and Lockwood started working on their new documentary about six months ago, before the coronavirus pandemic. Kuhn says interviewing public health professionals for “What the Health” inspired him to make the film.

“They all kept speaking about the real and present danger of diseases coming out of animal farming operations,” he told LIVEKINDLY. “I realized then that there was a major story not being told and wanted at some point to revisit this issue.” 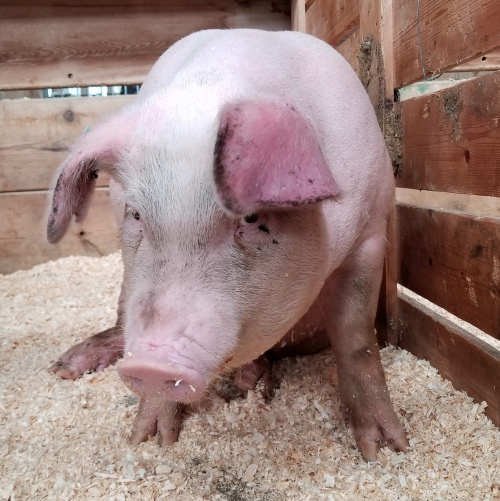 When a disease jumps the species barrier from animals to humans it’s called a zoonotic disease.

Intensive factory farming practices create a breeding ground for these diseases. Common factors include crowded living conditions and the overuse of antibiotics among livestock.

Kuhn has been vegan for nearly 23 years. He says intensive factory farming of food animals is the reason that diseases are able to spread and mutate so quickly.

“Our close proximity to these animals gives ample opportunities for these diseases to jump species into us,” he added. “On the conservative side, 2.2 million people die every year from animal-to-human diseases.”

Studies show 60 percent of all human diseases and 75 percent of all emerging infectious diseases are zoonotic. The majority of these come from western livestock, including chickens, cattle, and pigs.

Kuhn hopes the film will open people’s eyes to the dangers of animal agriculture and animal exploitation.

“Even if people don’t care about the individual animals suffering and dying at the hands of these industries, they should at least care about other humans and their own health,” he said. “I believe the film will have a profound impact on how we see our behavior.”

Kuhn plans on completing the film by the end of the year.