Summer may be coming to an end, but that doesn’t have to be a bad thing; with autumn comes cozy jumpers, crunchy leaves on the pavement, and, of course, warming Costa Coffee treats. The major UK high street coffee chain is launching a new seasonal menu with a variety of vegan-friendly options, including a “Bonfire” Spiced Latte, warming Thai Red curry, and a sticky toffee and pecan cookie.

According to iNews, Gennaro Pelliccia, Master of Coffee at Costa, explained, “After the scorching summer we’ve had, we’re ready to welcome autumn and all the flavours it brings.” He added that the brand is looking to cater to various dietary requirements, and hopes that the new autumn offerings will provide “something special for everyone.” 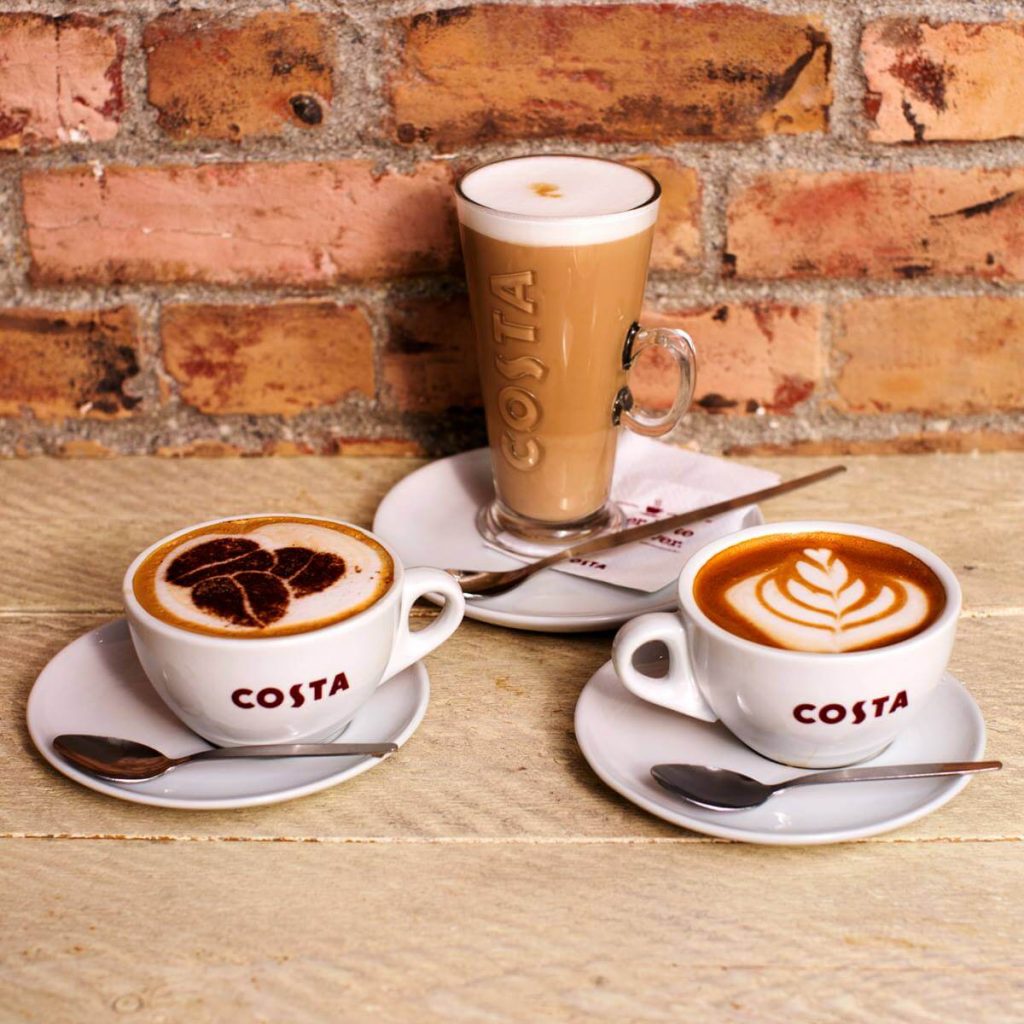 The new menu builds on Costa’s recent commitment to increase its plant-based options. Previously, the chain’s vegan range was far from impressive, offering a limited range of snacks and only one lunch option.

In February this year, however, the brand vowed to move with the times after one animal rights organization, Animal Aid, told them their selection was unacceptable. In response, Costa upped its vegan offerings, launching a plant-based Jam Oaty Bake, which hit stores in March, and a Three Bean Wrap, which was added to the chain’s lunch menu in May.

Now, Costa may finally be on its way to catching up with competitors Starbucks and Pret A Manger.

Introducing everything from vegan macadamia cookies to plant-based protein cold brews, Starbucks has had a summer of vegan product lunches. In the U.S., the brand debuted dairy-free Dark Chocolate Banana double-shot coffee smoothies, vegan date sweetened cold brews, and even partnered with LA-based Dream Pops to sell vegan 3D ice creams in select stores. And, just in time for autumn, the coffee giant has launched vegan pumpkin spice latte sauce across Europe. Pret A Manger is also on top of its vegan game, known for its exclusively “Veggie” stores in the UK.

Costa’s warming new drinks will be in stores from September 6th, with more meal options due for release in October.