“Our Coconut Milk Vegan Delight is an eco-friendly product,” the brand says on its website. “Knowing that plant production consumes fewer resources, avoids deforestation, and requires less space, we have developed a product offer whose ingredients are entirely plant-based.”

Riviera’s dairy-free yogurt also is gluten-free, high in plant-based protein, free from GMO ingredients, and contains probiotics. According to the brand, its vegan yogurts are also a good source of calcium and contain added vitamin B12 and vitamin D. 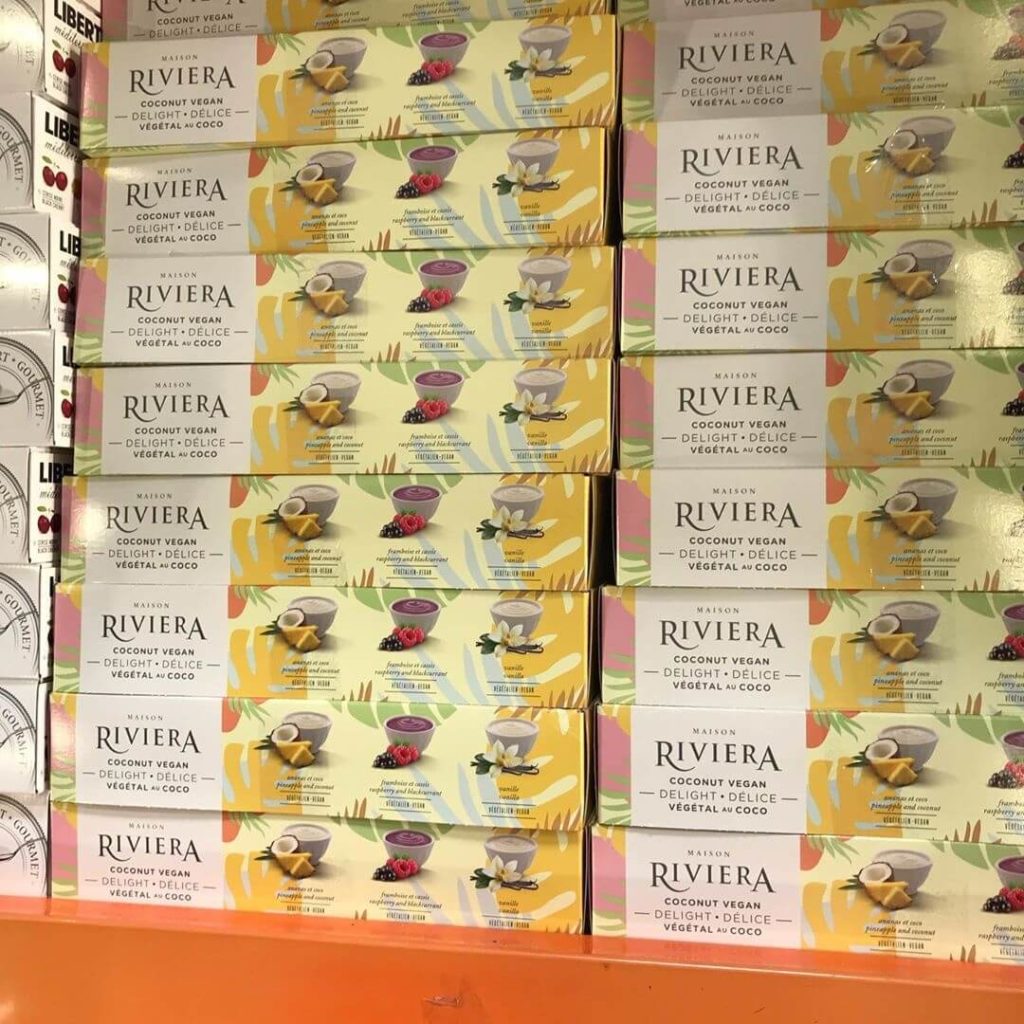 Costco stocks a variety of plant-based products in addition to Riviera yogurt, including tofu, peanut butter cups, cookies and cookie dough, JUST’s vegan egg, and even 2-pound boxes of Gardein chicken strips. The wholesaler’s stocking of both vegan brands represent both the demand for affordable private label products and the demand for vegan produce in general.

According to Nielsen data, more and more consumers are becoming brand-agnostic in the search for better value, while 62 percent of consumers have stated that they are willing to reduce meat consumption due to environmental concerns.

Flexitarians now account for 37 percent of all meat alternative buyers, according to recent Nielsen data. This change in attitude towards plant-based foods is often attributed to increasing environmental and health concerns, as well as issues like animal welfare.

“As social consciousness and activism continues to accelerate, social causes can drive action,” it says in an article on the Nielsen website. “A whopping 62% of consumers are willing to reduce meat consumption due to environmental concerns, and 43% say they would replace meat-based protein with plant-based protein.”