The international warehouse chain has added the plant-based pasta dish to its expanding range of vegan products.

The new ravioli is 100 percent vegan, USDA certified organic and made with grilled vegetables, turmeric, and potato flakes. Canadian Instagram account CostcoVegan posted about the new product, which was found in a Tustin, California store. 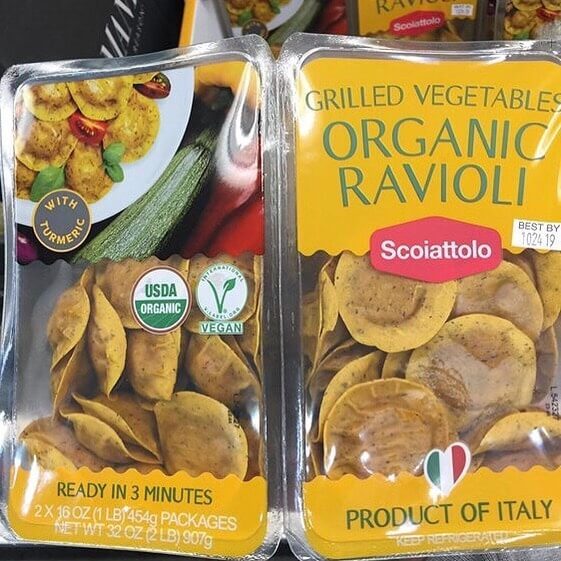 Last year, U.S. stores discontinued the $1.50 Polish hotdog — a menu mainstay since 1985. In its place, Cosco has added vegan acai bowls and the high protein “Al Pastor Salad;” made with black beans and soya meat.

Costo has previously launched other plant-based Don Lee Farms products including its “breakthrough” organic vegan burger; one million patties were sold by Costco in the first 60 days alone.

The availability of vegan products at supermarket chains, in general, is helping to make plant-based food mainstream while keeping it affordable.

Tesco is the largest supermarket chain in the UK, and, according to The Mirror, it has the largest own-brand vegan section in the country.

“The rise of eating more plant-based food and people becoming flexitarian is having a massive effect on the way many people shop,” says Chef Derek Sarno, head of Tesco’s Plant-Based Innovation. “The retail industry is having to adapt.”