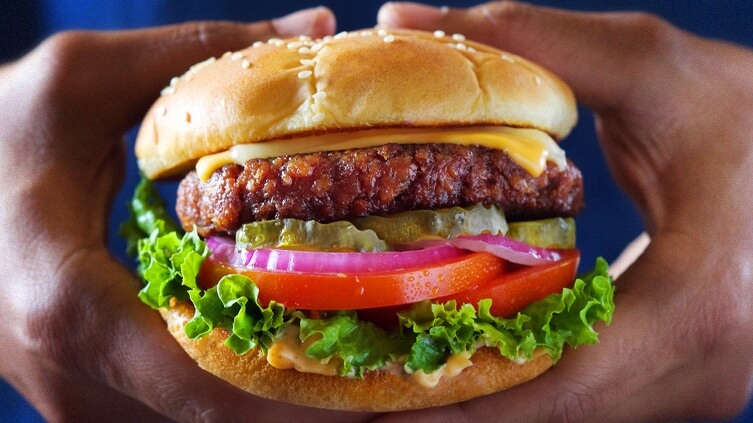 The company says it’s working on expansion into fifteen countries located in Europe, South America, and the Caribbean. Don Lee Farms was the first to bring an organic “bleeding” burger to market, selling one million patties in its first 60 days slotted in Costco Wholesale stores in the U.S. It’s now also available in Wegmans, HEB, Stater Bros, Tops, Stop & Shop, and a number of other markets across the country.

“We are thrilled to be introducing these organic burgers for the first time to a global audience,” Donald Goodman, President, Don Lee Farms, said in a statement. “We have made it our goal to bring our Organic Plant-Based Burger, along with our other popular plant-based and meat proteins, to more people than ever before.”

Introducing another Don Lee Farms organic plant-based burger! Discover our new Organic Plant-Based Raw Burgers, the first organic plant-based raw burger made with sustainable organic ingredients. Our raw burger is non-gmo, vegan, gluten-free and tastes just like a beef burger. The burger is made with organic plant-based proteins to create the best alternative to meat ever made. Great on the grill or skillet. Best of all, the burgers are made with plants—not with science. Product will be available shortly in club stores and select markets. For more information, email us at ask@donleefarms.com. #organic #plantbased #plantbasedburger #nongmo #plantbasedrawburger #plantbasedprotein #donleefarms #vegan #glutenfree #veggieburger #veggiepatties

The burgers look, cook, and taste like beef burgers much in the same way as the popular Beyond Meat burgers and Impossible Foods burgers. According to Don Lee Farms, its “bleeding” burger is the fastest growing burger of its kind and is the only burger to qualify for USDA’s organic certification. While Beyond Meat has Non-GMO Project verification, it’s not certified organic. Impossible Foods uses a genetically modified soybean ingredient in its products, making it ineligible for organic certification.

“Other brands talk about sustainability. At the same time, all of them use artificial ingredients banned in some countries outside of the U.S. We are proud to be able to provide a truly sustainable solution,” Goodman noted.

“We offer an alternative that’s backed by the USDA Organic Certification Program. Remarkably, our burger is the only successful plant-based burger to be free from ingredients not found in nature. As we expand beyond our borders and continue our family tradition of innovation, we will continue to roll out items that bring sustainable choices to a global consumer.”

Don Lee’s launch into Costco was one of the top news stories last year. Women’s Health also recently named it one of the best vegan burger options, according to nutritionists.