The gluten-free chocolate bars are made with three non-GMO and fair trade ingredients: organic coconut, organic cassava syrup, and dark chocolate. They contain 3 grams of sugar per bar and no cholesterol.

All of UNREAL’s products are free from artificial flavors, dyes, and preservatives. 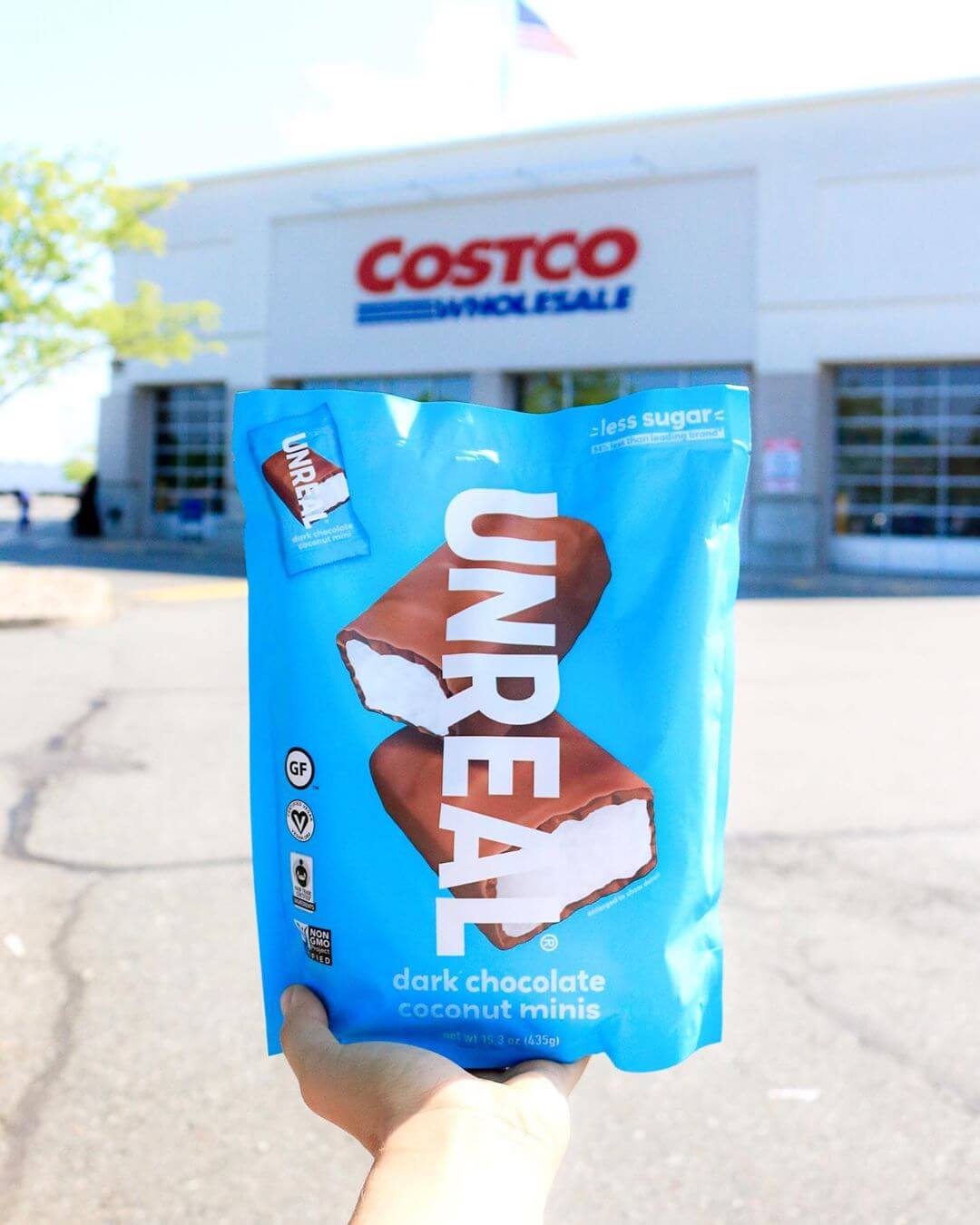 The vegan chocolate bars are made with three ingredients | @unreal.snacks

The multinational warehouse chain also offers 3lb tubs of vegan chocolate chip cookie dough. The treat is made by San Diego-based brand EatPastry, which described the dessert at Costco as “the best deal of your life.”

Costco recently added plant-based eggs to its store shelves. The liquid egg mix is the creation of food brand JUST, which uses mung beans to create the protein-packed, cholesterol-free mix. Costco is selling it in two-packs for $9.99 each, which is roughly the price of a single bottle at other grocery stores.

Costco’s vegan takeover is happening outside of the U.S., too. The warehouse chain added multipacks of vegan caramel ice cream to its Canada locations last month. Dairy-free food and beverage brand So Delicious uses cashews, chocolate, salted caramel, and cashew milk to make the ice cream.

UNREAL’s vegan Bounty-style chocolate bars will be available at Costco locations in Connecticut, Delaware, Maryland, Massachusetts, New Jersey, New York, Pennsylvania, Vermont, and Virginia. Those who don’t live nearby a Costco location could try their hand at this vegan chocolate bar recipe which draws inspiration from a classic Bounty Bar and Nutella.