In the UK and around the world, councils promote vegan diets to improve health and mitigate climate change. Some councils exclusively offer vegan food at council-led events, while others aim to expand options in schools. In general, local governments emphasize plant-based food for the sake of both people and the planet.

The Vegan Diet and Climate Change

Global warming is a primarily human-caused rise in the average temperature of Earth’s climate. Government bodies around the world are facing increasing pressure to act in the face of the ongoing climate crisis. Raised sea levels, region-specific changes in rainfall, melting glaciers, and expanding deserts are all increasingly impacting the planet.

Scientific research suggests that the frequency and intensity of extreme weather events, in general, is increasing alongside global temperatures. These climate-related events are negatively impacting communities around the world.

It is widely acknowledged that animal agriculture is a leading cause of climate change. According to data collated by the creators of 2014’s “Cowspiracy,” animal agriculture causes 18 percent of global greenhouse gas emissions. This percentage is greater than the exhaust emissions from all transportation worldwide combined.

The raising of livestock accounts for around 32,000 million tons of carbon dioxide every year—approximately 51 percent of all greenhouse gas emissions worldwide. Animal agriculture also uses enormous quantities of land, water, and other natural resources. In contrast, plant-based foods such as soy—the majority of which is produced for animal feed—can be efficient, healthy, and sustainably farmed.

In 2019, 107 scientists prepared a major report on climate change for the United Nation’s Intergovernmental Panel on Climate Change (IPCC). The report highlighted the West’s high consumption of meat, dairy, and other animal products as a key contributor to global warming.

The report advised: “The consumption of healthy and sustainable diets, such as those based on coarse grains, pulses, and vegetables, and nuts and seeds … presents major opportunities for reducing greenhouse gas emissions.”

The Vegan Diet and Human Health

Another key reason for local councils’ endorsement of plant-based food is health. An increasing body of evidence links vegan and plant-based diets with several health benefits—in addition to improved sustainability.

According to the Physicians Committee for Responsible Medicine (PCRM), a whole-foods plant-based diet can help maximize nutritional intake. Some doctors believe that plant-based foods can even be used for the treatment and prevention of chronic health conditions.

A growing body of research indicates a link between meat consumption and increased risk of colon cancer, diabetes, cardiovascular disease, and strokes. The World Health Organization (WHO) now classifies processed meat as a Group 1 carcinogen—alongside tobacco and coal-tar pitch. Registered PCRM dietician Minh Nguyen believes that, because of this, no amount of meat is safe for human consumption.

“At PCRM we advocate a plant-based diet for many conditions including cancer, cardiovascular disease, and type 2 diabetes,” Nguyen told LIVEKINDLY. “You have to think about what the diet excludes, but also what it incorporates.”  Nguyen added that plant-based foods are rich in dietary fiber, which “can significantly reduce colorectal cancer risk.”

According to a Harvard Medical School study, around one-third of early deaths could be prevented by cutting out meat. Scientists explained that approximately 200,000 lives could be saved every year by emphasizing plant-based alternatives over traditional meat.

By promoting vegan diets, councils can improve the overall health and wellbeing of citizens alongside improvements in environmental sustainability. Improvements in health would also reduce healthcare costs, and in the UK, help reduce pressure on the NHS.

In 2019, Lewisham Council in London committed to achieving carbon neutrality by 2030. Earlier this year, council members voted to exclusively provide vegan food at all future council events. The council aims to further expand vegan options in the district’s schools, where there will be an additional meat-free day every week.

“On a UK wide level agriculture, and the meat and dairy industry in particular, is a significant contributor to greenhouse gas emissions,” McGeevor told LIVEKINDLY. “We must lead by example so we have committed to only serving vegan food at our events. We also want to help our schools access catering with more vegan options.”

“Everyone has a relationship with food one way or another and it’s often a central part of how we see ourselves,” continued McGeevor. “So encouraging a move to vegan food is a great way to have a conversation with people on how everyday decisions have consequences that we should all be thinking about.”

In January, Leeds City Council proposed one non-meat day and one completely vegetarian day each week for schools in the district. The “non-meat day” includes fish but no red meat, while the vegetarian day involves no meat or fish. The council also aims to better cater to vegan students with an expanded range of vegan options.

“We are trialing this and working closely with schools to promote, educate and see how popular the menus are,” a Leeds City Council spokesperson told LIVEKINDLY. “If there is demand for more or less vegan dishes then we will work with schools to make sure the menu fits their individual school’s community.“

“The Big Leeds Climate Conversation (a consultation which ran from July to November 2019) found nine out of 10 respondents supported the proposal to lower the carbon footprint of school meals,” they explained.

Leeds City Council introduced the initiative to reduce the city’s environmental impact. It aims to halve its carbon footprint by the year 2025. The council also plans to switch to renewable energy sources and install solar panels on council houses.

Vegan Councils Around the World

Moreland City Council in Melbourne also participates in meat-free Mondays. As of 2019, all council events that take place on Mondays only provide plant-based and vegetarian food. The decision received support from environmentalists and criticism from the struggling Australian meat industry.

Amsterdam City Council now serves vegetarian food at all its events by default. This means that all meetings taking place in the Dutch capital will be meat-free unless specifically requested. Councilmember Johnas Van Lammeren from the Party for the Animals first put forward the initiative.

In Helsinki, the city council is promoting a vegan diet through its app “Think Sustainability.”

People can use the new app to find cafes and restaurants that serve vegan and vegetarian options. Recognized businesses must serve at least one well-balanced vegan meal and emphasize local, organic ingredients.

Canada’s city of Kelowna has an annual “Vegan Awareness Week” in May. In 2019, the mayor of Kelowna named the week with the aim of promoting a plant-based diet. The event highlights the personal and planetary health benefits of vegan and plant-based foods.

Reykjavík City Council, in Iceland, is considering removing meat entirely from the menus of its primary school cafeterias. Iceland aims to be carbon neutral by 2040, and most of the country’s small population lives in the capital of Reykjavik. The council recognized meat as a key contributor to national carbon emissions. 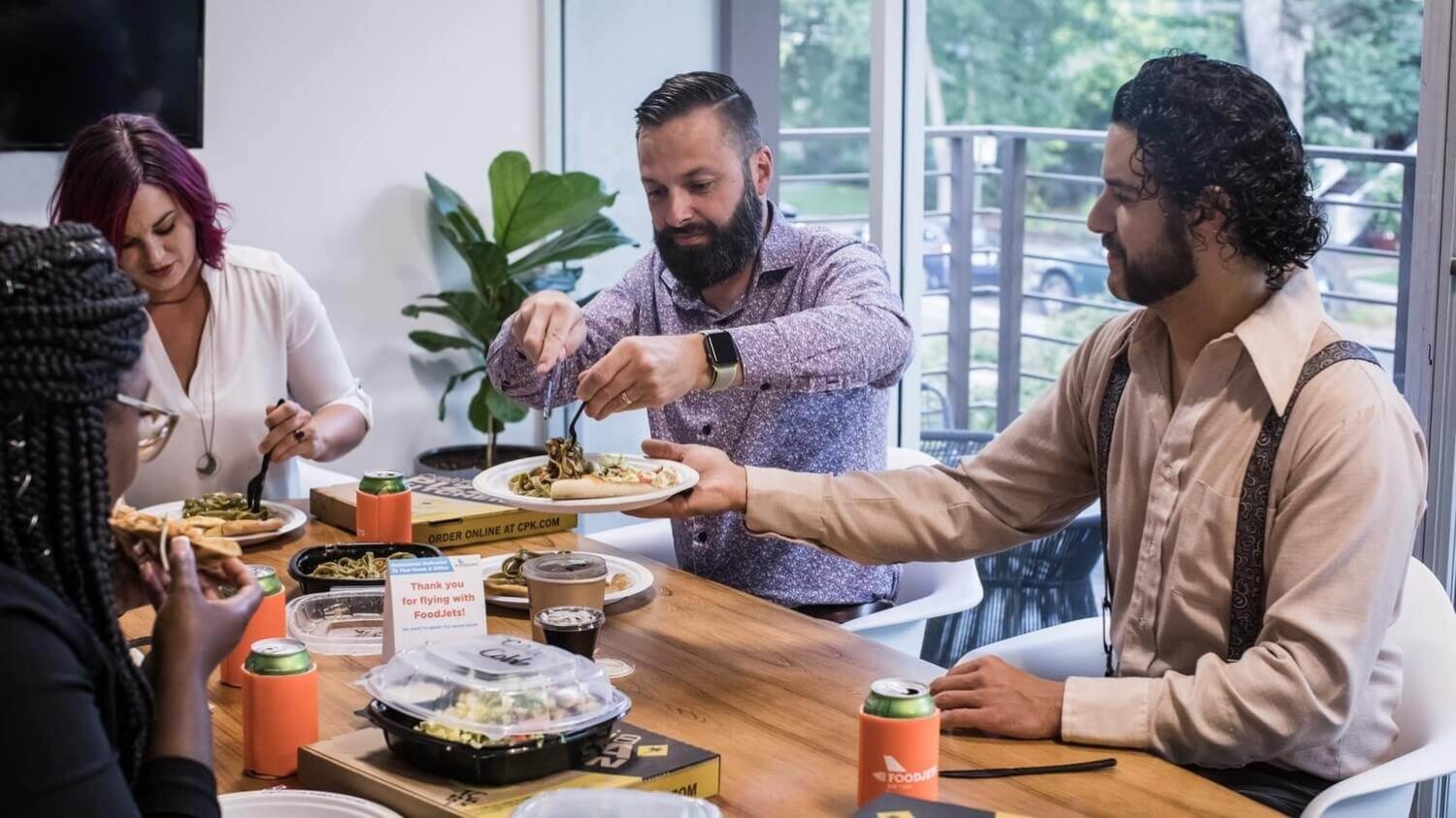 Article Name
Government Councils Around the World Are Ditching Meat, Here’s Why
Description
Councils in the UK and around the world are promoting a vegan or plant-based diet to mitigate climate change and improve people's health.
Author
Liam Pritchett
Publisher Name
LIVEKINDLY
Publisher Logo

Article Name
Government Councils Around the World Are Ditching Meat, Here’s Why
Description
Councils in the UK and around the world are promoting a vegan or plant-based diet to mitigate climate change and improve people's health.
Author
Liam Pritchett
Publisher Name
LIVEKINDLY
Publisher Logo