Four countries have united to form the Vegan World Alliance (VWA). The group aims to promote vegan values on a global scale.

One of its first initiatives is a standard for food labeled suitable for vegans. The organization notes that many countries have no legal definition of what vegan food is. A uniform certification would be used by all alliance members and would provide concrete rules for manufacturers to adhere to.

“Providing clarity around this issue and our involvement with the International Organization for Standardization (ISO) is an important first step for vegans around the world,” states the website. 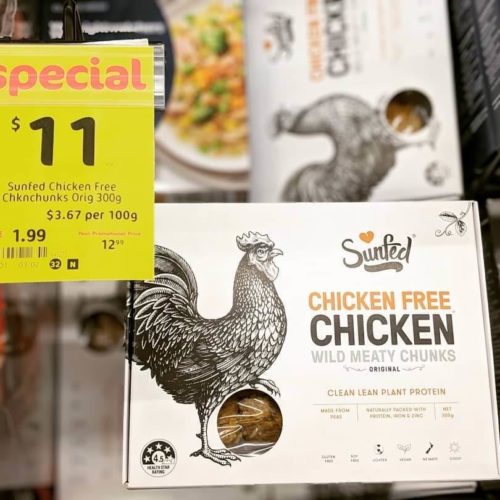 Why a Vegan World Alliance?

The VWA envisions a world where animals are valued as individuals whose exploitation is morally wrong across the board. It believes that animals should not be used for food, clothing, entertainment, or in other areas where their bodies are commodified.

The initiative would benefit more than just vegans. A growing body of research shows that the majority of people buying plant-based food aren’t vegan themselves. It’s 52 percent in the U.S., according to a survey from DuPont Nutrition and Health. Globally, that number jumps up to 65 percent.

“There is a seismic shift occurring in eating habits globally, creating a significant market opportunity,” said Greg Paul, marketing leader at DuPont Nutrition and Health. “Most important, our research reveals that for most consumers, this has moved beyond experimentation into a permanent change brought on by health, lifestyle and social factors.”

Health is a major motivator for consumers adopting “flexitarian” eating habits. Animal products like meat, dairy, and eggs have been linked to a number of health concerns ranging from heart disease to type-2 diabetes and inflammation.

The environment is another reason why more are choosing to eat less meat. The livestock industry is responsible for 14 to 18 percent of global greenhouse gas emissions (GHGs). It is the leading cause of deforestation, water and air pollution, and biodiversity loss worldwide.

The increased interest in vegan food is expected to drive the market to $6.5 billion by 2026, according to some estimates. 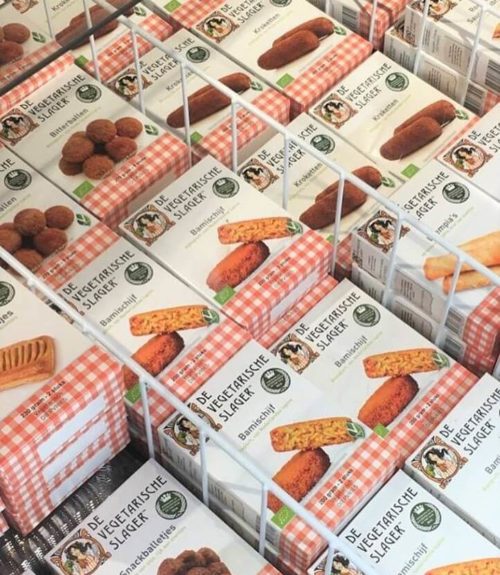 Research shows that interest in plant-based food is on the rise in all four countries in the alliance.

Canada’s food industry is readying for change. The government updated the nation’s food guide at the start of the year, emphasizing plant-based protein as part of a healthy diet and nearly scrapping dairy entirely. Previous years recommended four servings of dairy a day, but the updated guide cut the number down to a daily pint of milk.

The prairie provinces in the west — Alberta, Saskatchewan, and Manitoba — are now home to the Protein Industries Supercluster. Kicked off by the Protein Industries Canada, the supercluster is a nonprofit, industry-led organization that aims to make the country a leader in plant-based protein. Its focus will be on processing peas — the same ingredient that makes up the Beyond Burger — and improving technologies. The Canadian government has invested $153 million in the project, which was matched dollar for dollar by the private sector.

Plant-based food has also gone mainstream in Australia. A report from independent research agency Roy Morgan revealed earlier this year that 2.5 million Australians (12.1 percent of the population) eat food that is all “or almost all” vegetarian. Prior studies showed that red meat is the biggest concern due to its links to an increased risk of heart disease.

Another study revealed that vegan meat is on the rise in Australia. The industry currently generates $30 million in economic value each year. According to the report, it may be worth as much as $3 billion by 2030 if farmers, brands, and the government work to grow the plant-based meat market.

New Zealand is changing with the global market. The country is known for its dairy industry. Dairy cow populations outnumber people living in New Zealand, with 4.8 million cows to the human population’s 4.794 million. The conversation in New Zealand is centered around the environment. A report from the Ministry of Health last August suggested that the entire health sector should adapt plant-forward menus to cut carbon emissions. Agriculture accounts for 49 percent of New Zeland’s GHGs.

Both Australia and New Zealand are seeing more vegan food options in restaurants. Lord of the Fries, a vegan burger chain founded in Melbourne in 2004, now has 23 stores in Australia and four in New Zealand. Its future is looking bright; expansions into the UK and India are in the works.

A recent study from market researcher IRI Netherlands found that vegan food sales increased 51 percent from 2017. Two of the country’s biggest supermarkets — Albert Heijn and Jumbo — have increased plant-based offerings. Some home-grown brands, such as Vivera and The Vegetarian Butcher, are gaining international ground due to increased demand. Bolscher, a leading meat brand in the Netherlands, recently acknowledged that it “can’t see a future” in selling meat alone, so it’s launching a plant-based range.

The Dutch Parliament introduced legislation that requires the country to drastically reduce GHGs by 2050. The environmental council suggested a reduction in livestock herds and the encouragement of plant-based protein.

The newly formed VWA will first focus on building the framework necessary to bring its vision to life. Other efforts include sharing research, resources, and outreach programs, running joint campaigns, and facilitating cooperation between vegan organizations.