Being an ethical vegan should come with the same protection granted to religions, says a British court. The landmark case is the first of its kind.

Fifty-five-year-old Londoner Jordi Casamitjana claims that his former employer, the League Against Cruel Sports, fired him for his beliefs.

The animal welfare charity opposes hunting, fighting, and bird shooting. Casamitjana—a zoologist specializing in animal behavior—carried out investigations for the league, such as documenting Hunting Act violations. Casamitjana claims the charity fired him for voicing concerns about its investments. He claims the charity was investing pension funds in companies that conducted animal testing. 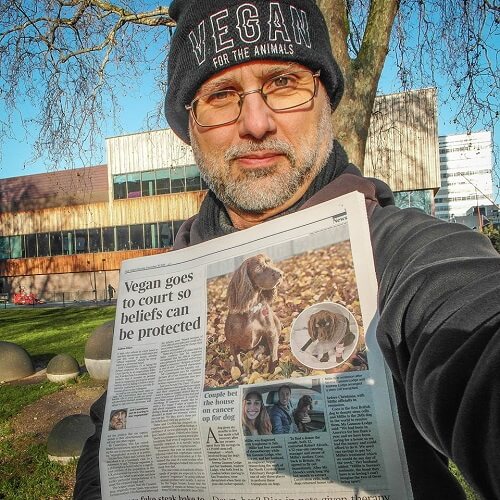 An ‘Ethical Imperative in Life’

“Ethical veganism is such a strong part of my identity that I feel I no longer have a ‘choice’ in my interactions with the world when it comes to issues that conflict with my beliefs,” Casamitjana said in a statement before the tribunal.

He described veganism as his “ethical imperative in life,” no different from those who adhere to religious beliefs.

Judge Robin Postle ruled that veganism qualifies under Britain’s Equality Act 2010, which protects “religion or belief” as well as nine other “characteristics.”

Per the BBC, Postle said: “I am satisfied overwhelmingly that ethical veganism does constitute a philosophical belief.” 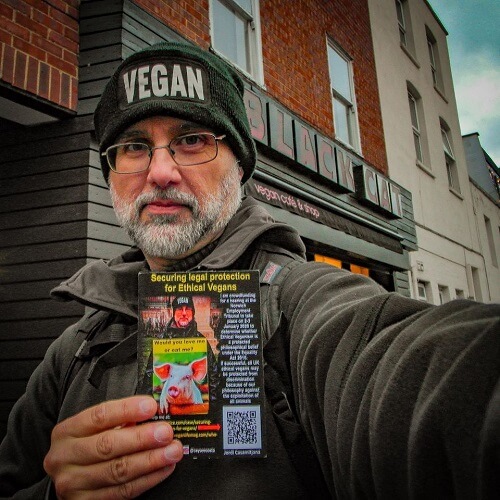 Casamitjana is a dedicated activist.

Ethical Veganism As a Protected Belief

Following the tribunal, Casamitjana said he was “extremely happy” with the ruling. He said in a statement that he hopes “something positive” will come from his dismissal.

Experts acknowledged the significance of the ruling. Hayley Trovato, a legal expert at OGR Stock Denton Solicitors, told the New York Times that employers need to be aware of the “risk of discriminating against people who hold beliefs that traditionally might not have been considered to be protected under employment law.”

The League Against Cruel Sports said that it is “factually wrong” to link Casamitjana’s dismissal to his veganism. The ruling is an “interesting point of law,” said the charity’s lawyer, Rhys Wyborn. He said the charity fired Casamitjana because of “gross misconduct.”

The judge has yet to rule on his firing, which will be addressed in a hearing scheduled for late February. Casamitjana said he feels “positive” about the upcoming case.