Susana Somali is a clinical pathologist, a mother of two, and a hero to the animals.

She’s been working on the frontline of the Covid-19 pandemic while simultaneously running Pejaten Animal Shelter in Jakarta, which is one of Indonesia’s biggest animal shelters.

And the number is rising. With many people unable to work due to the ongoing pandemic, more animals are turning up at the shelter than ever.

She explained: “many people are out of work and cannot afford to have pets. Many people can’t go home because of the lockdown. People with Covid-19 are being put in isolation. Meanwhile, their dogs are starving.”

According to the doctor, as many as 10 new dogs have been turning up to the shelter every day.

“It’s hard for me to say no,” she said. “If I say no, the dogs could end up on the streets and be in more hardship.” 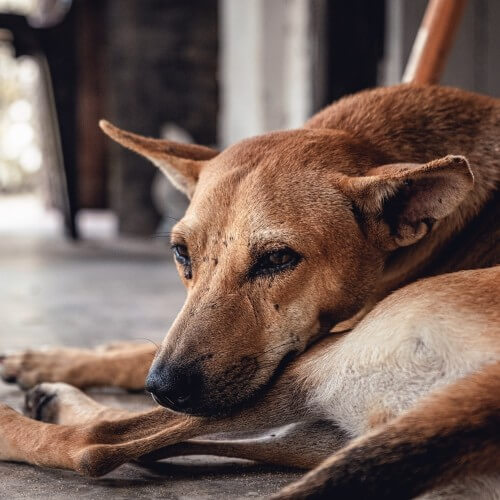 Jakarta is home to millions of stray animals.

‘I Will Find a Way Somehow’

The Jakarta Post reported last year that Jakarta is home to millions of stray dogs and cats, many of which are abandoned pets. On the streets, they are at risk of disease, starvation, and being run over.

Somali has been rescuing animals since she was young. She grew up in a house with 15 rescue pets. In 2009, she tried to start a fundraiser for sick and abandoned animals but found that more people wanted to rehome their animals than donate money.

She started taking animals into her own home before starting the shelter, which now has 30 employees.

Currently, the organization is struggling, it now relies completely on donations to survive, but many don’t have the money to give because of the pandemic.

Despite this, Somali is determined to keep saving animals and inspiring others to carry on doing the same. “I will find a way somehow,” she said. “I cannot quit … I must have strength so I can provide strength to others.”