Cattle—cows and bulls—are extremely diverse animals with a multitude of traits informed by personality, environment, and experience. In general, cows are considered to be intelligent animals who interact with each other in a socially complex manner. They play, form bonds with others—including cattle, humans, and other animals—mourn deaths, and even hold grudges. But how smart are cows? And do they have best friends? 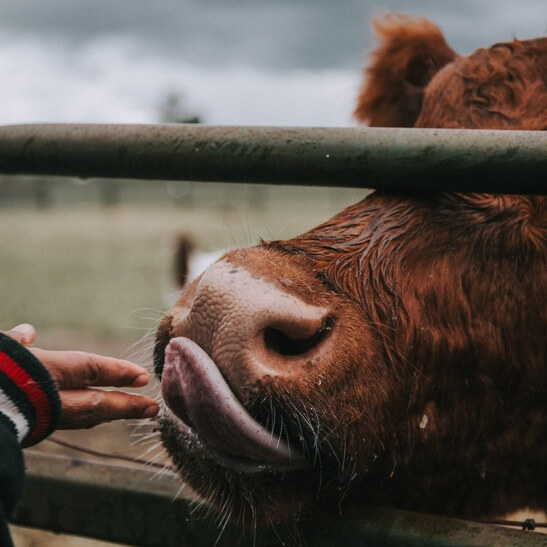 All cows are different and each individual’s behavior may vary.

According to Carol Messina, the Director of the Goat-2-Meeting Program at Sweet Farm, cattle are just like people. Variable and unique.

“They all have the same social needs as humans,” she added. “And a deep need to have friends and social contact.”

According to “The Someone Project“—which explores the cognitive and emotional complexity of farm animals—cows’ interactions with their friends and family correspond with measured and scientific assessments of their capacities.

“All herds have different dynamics, which are just like human family dynamics,” said Messina. “There are cattle who choose to pair off with each other for the day, and those who prefer another member of the herd who may even be another species!”

Sam Clews, an Animal Welfare Assistant at Dean Farm Trust, told LIVEKINDLY that some cattle cry when separated from their mothers. She said: “When our boys first came to us they suckled at our fingers, desperate for comfort, as they were missing their mums after being taken away from them to be raised for veal.”

“Although none of our boys are related by blood, they are a very close-knit group,” said Clews. “They all love each other very much and are protective of their brothers.”

“All cattle do have best friends and that is who they choose to spend their days with,” confirmed Messina. “And often who they curl up with at night if allowed to do so. Studies have actually shown that cattle are less stressed and have lower heart rates when they are accompanied by their best friends.”

On Channel 4’s “Meat the Family” (2020), people were challenged to live with animals before choosing to save them or send them to slaughter. One family felt unable to eat two calves after living with them. The two animals, now named Buttercup and Clover, were rehomed with Dean Farm Trust in Wales.

“Our boys all get on very well with each other,” added Clews. “But Buttercup and Clover have the closest bond as they were rescued together. They are rarely apart from each other and love each other’s company.” 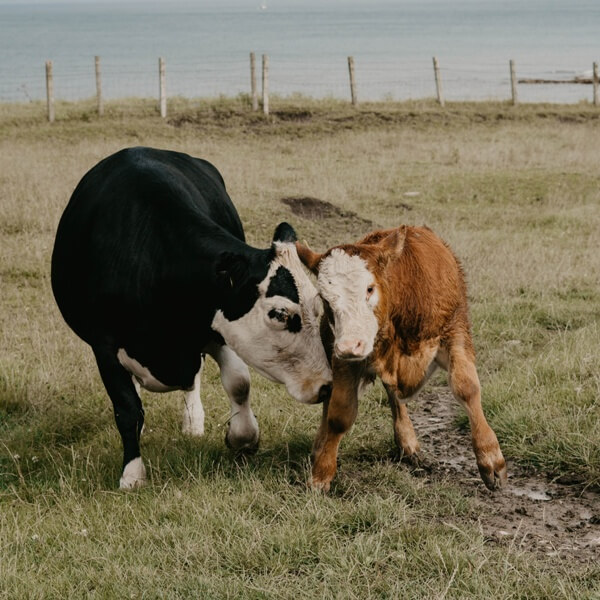 Cows have close bonds with both their biological and adopted families.

Earlier this year, researchers from the University of Sydney used a special program to analyze the pitch of cattle mooing. They focused on Holstein-Friesian cows and indicated that they effectively communicate with each other throughout their lives.

The study, published in Scientific Reports, recorded 333 cow “vocalizations.” Cattle responded to both positive and negative emotions, expressing distress, excitement, and arousal. The study found that cows keep their individual moo throughout their lives.

“They have all got very distinct voices,” said Alexandra Green, the study’s lead author. “Even without looking at them in the herd, I can tell which one is making a noise just based on her voice.”

She added: “Cows are gregarious, social animals. In one sense it isn’t surprising they assert their individual identity throughout their life and not just during mother-calf imprinting. But this is the first time we have been able to analyze voice to have conclusive evidence of this trait.” 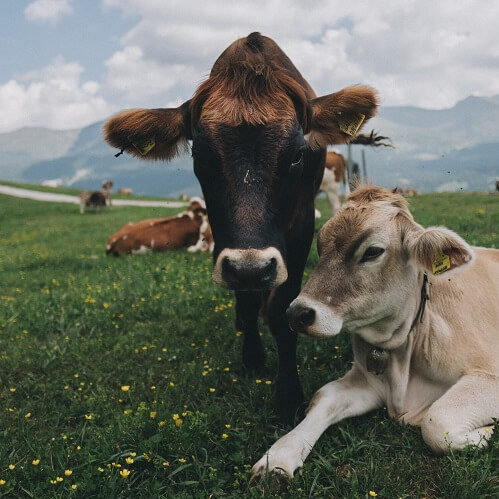 Even adult cows enjoy playing with each other and other animals.

Do Cows Have Feelings?

“In many species, play is something that is reserved for the young,” said Messina. “But adult cattle often will play for the sake of fun.”

“Animals’ feelings are not a matter of opinion and have been backed up by science for decades,” said Messina. “Anyone who has ever seen a mother cow cry out for her calf can immediately recognize that motherly bonds and love and emotion are not reserved for humans.” 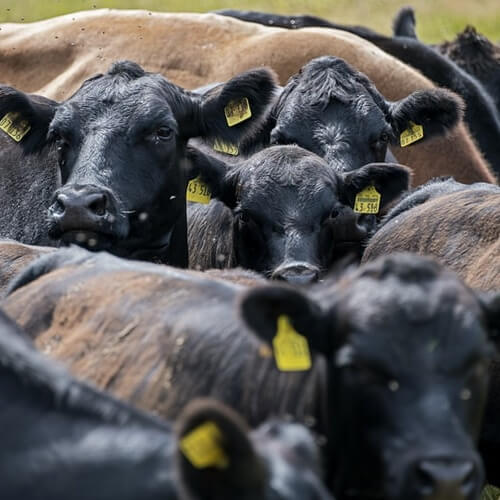 Cattle experience violence and death in both the meat and dairy industries.

Research has shown that cows understand cause-and-effect relationships, which is widely acknowledged as a sign of advanced cognition. Some researchers have also found that cows enjoy the intellectual challenge of problem-solving. Even responding with excitement when the task is completed, much like humans.

“Anyone who has spent any time around cattle can tell you that they have preferences,” said Messina. “Whether it be a favorite food or a favorite companion. They have obvious likes and dislikes, moods, and social bonds. Farmers and animal lovers alike widely accept this.”

Mary Frankland, the director of Dean Farm Trust, has been rescuing animals for over seven years. “Every single species, they’re all absolutely incredible,” she told LIVEKINDLY. But said that, in particular, she can’t “bear the thought of our little cows going off in a truck” to be “exploited in the dairy industry.”

Frankland said that she hopes Dean Farm helps educate people and change their minds about cattle. “That’s what we do at the farm. We want people to come in and to interact. To see these animals. And they come and they research more and a lot of them become vegan.”